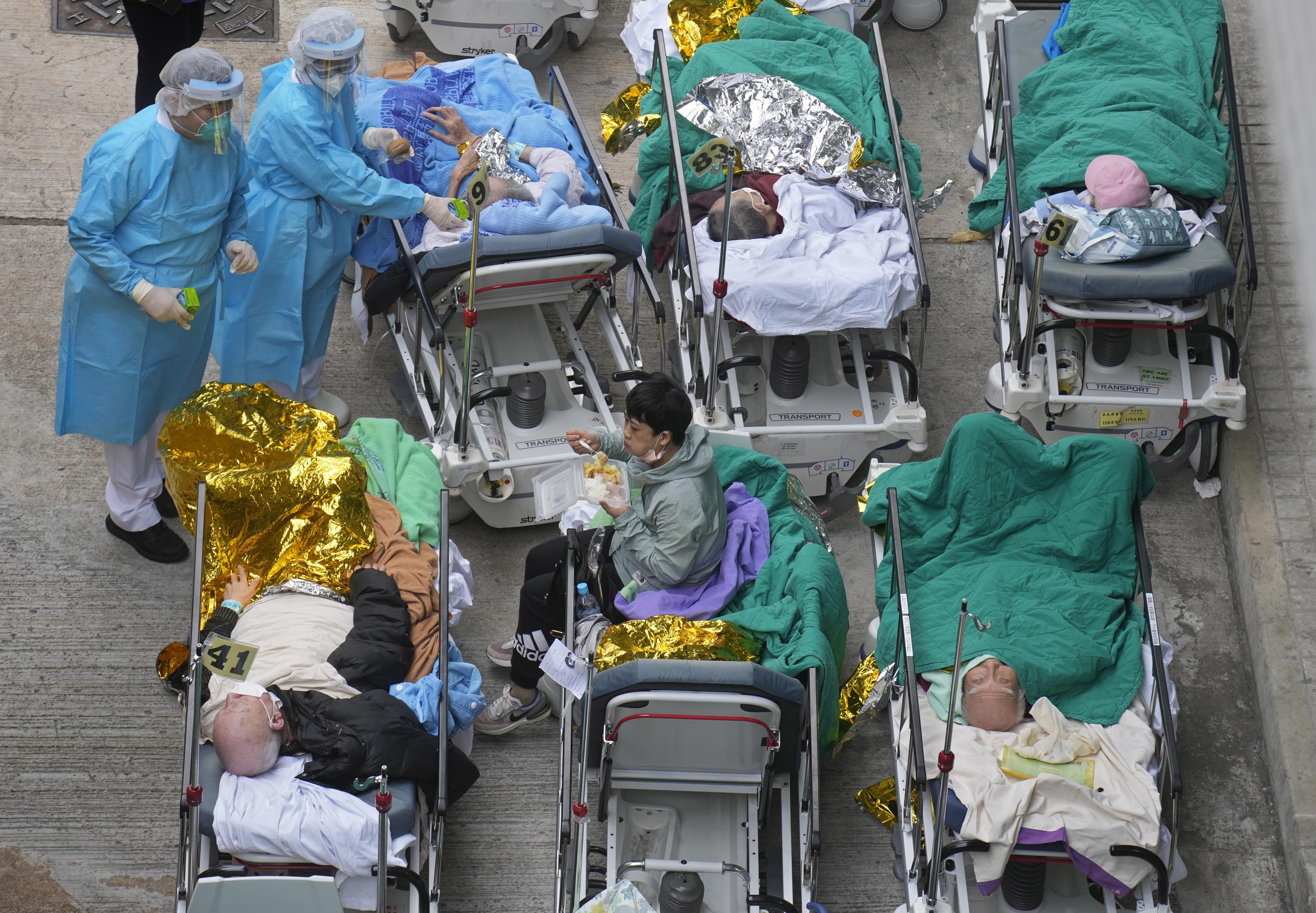 HONG KONG (AP) – Hospitals in Hong Kong were struggling Wednesday to keep up with an influx of new coronavirus patients amid record numbers of new infections as the city doggedly adheres to its “zero-COVID” strategy, and China’s leader Xi Jinping said the local government “overriding task” was to control the situation.

Hong Kong is facing its worst outbreak of the pandemic, topping 2,000 new COVID-19 cases each day this week. The city government has already instituted strict rules banning gatherings of more than two households.

But health care facilities are beginning to overflow, forcing the city’s Caritas Medical Center on Wednesday to treat some patients in beds outside the building.

Zheng said the Hong Kong government “should earnestly assume the main responsibility and regard the rapid stabilization and control of the epidemic as the current overriding task,” the outlet reported.

China has been able to control the virus within its borders by maintaining a strict “zero-tolerance” policy that involves total lockdowns, extensive contact tracing and mass testing of millions of people. The strategy seeks to contain outbreaks as soon as they are detected.

Lam has stuck to the policy despite geographical and other differences between Hong Kong and other parts of China. Last week, the entire upscale Discovery Bay neighborhood in Hong Kong was ordered to undergo testing after authorities found traces of the virus in its sewage.

The comments from Xi and Zheng were the latest pressure from Beijing for her to stay the course.

Thousands of people in the city have tested positive for COVID-19 and are waiting to be admitted into hospitals or isolation facilities, said Dr. Sara Ho, the chief manager for patient safety and risk management at the Hong Kong Hospital Authority.

“This situation is undesirable. Therefore, we are looking for ways with the government to set up more isolation facilities. We hope to shorten the patients’ waiting time, ”she added.

People who test positive are required to quarantine either in hospitals if they have serious symptoms or in government-run facilities for light or asymptomatic cases. The record number of new cases, driven by the highly transmissible omicron variant, has led to the current overcrowding.

Some Hong Kong residents expressed concerns about the government’s response to the outbreak.

“The reason why our society has become chaotic like this today is all because of this policy. The organizational skill of the government has made Hong Kong people feel so hopeless, ”said Daisy Ho, a 70-year-old housewife.

“They are working so hard. But the government is not doing what they should do, ”Yau said. “The hospital workers are just miserable. I hope more citizens will support them. I do not have any hope for this government. ”

By contrast, the city-state of Singapore, which is similarly sized to Hong Kong with a population of some 5.7 million compared to 7.5 million, undertook strict lockdown measures early in the pandemic but is now pursuing a “living with COVID” approach.

The number of new cases per capita in Singapore has skyrocketed with the arrival of omicron, with 1,911 new cases per million people reported on Monday, versus 66 per million in Hong Kong, according to Our World in Data.

But people testing positive who have no symptoms or only mild symptoms just need to self-quarantine at home, and even those who have more severe symptoms are told to see a physician for medical advice before going to the hospital.

Consequently, it is not suffering the stress on its health care system that Hong Kong is now experiencing.

Singapore also boasts one of the world’s highest vaccination rates, with 88% of its population fully vaccinated, compared to Hong Kong’s 64%.