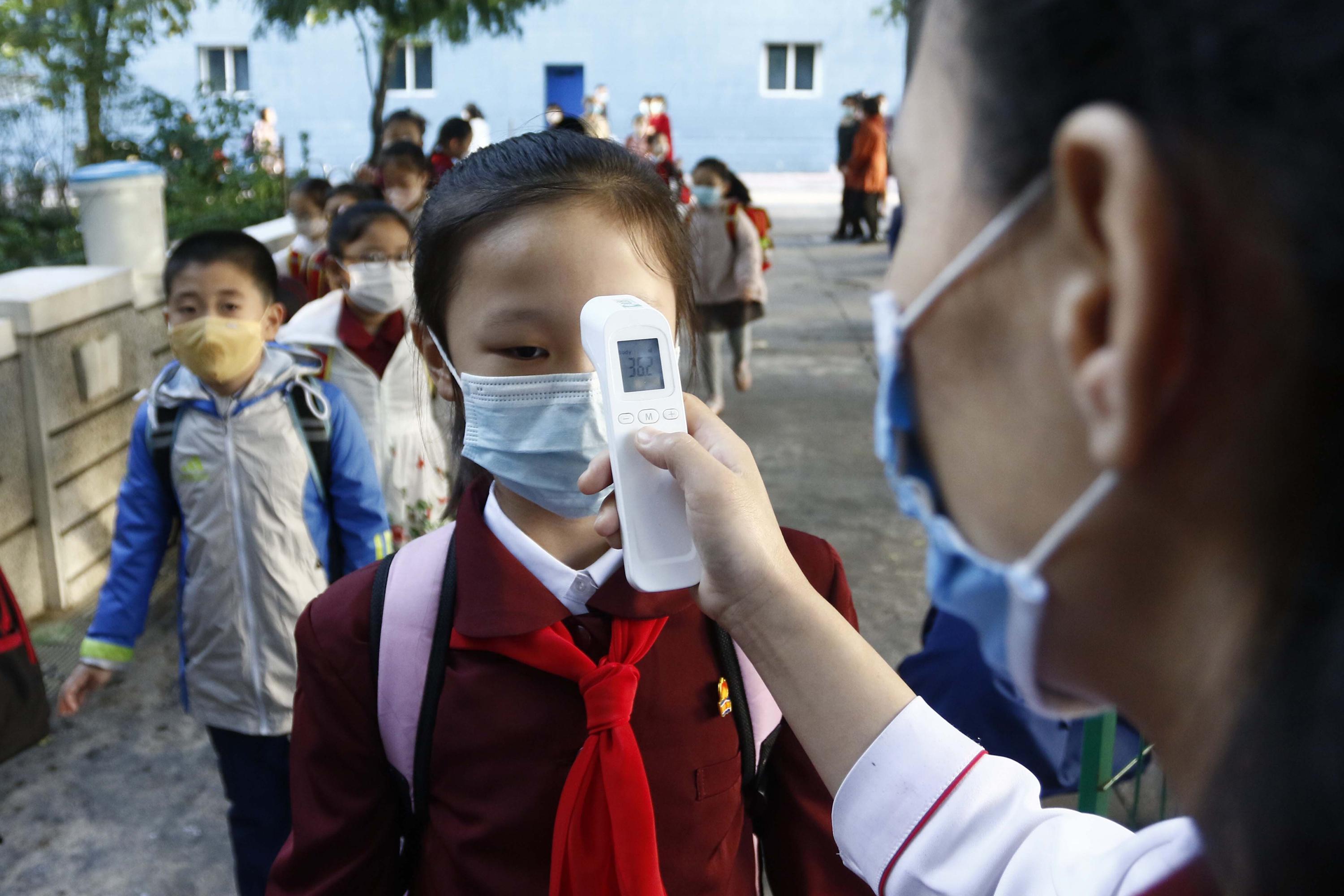 SEOUL, South Korea (AP) – According to North Korea, its fight against COVID-19 has been impressive: About 3.3 million people have been reported sick with fevers, but only 69 have died.

If all are coronavirus cases, that’s a fatality rate of 0.002%, something no other country, including the world’s richest, has achieved against a disease that has killed more than 6 million people.

The North’s claimshowever, are being met with widespread doubt about two weeks after it acknowledged its first domestic COVID-19 outbreak. Experts say the impoverished North should have suffered far greater deaths than reported because there are very few vaccines, a sizable number of undernourished people and a lack of critical care facilities and test kits to detect virus cases in large numbers.

North Korea’s secretiveness makes it unlikely outsiders can confirm the true scale of the outbreak. Some observers say North Korea is underreporting fatalities to protect leader Kim Jong Un at all costs. There’s also a possibility it might have exaggerated the outbreak in a bid to bolster control of its 26 million people.

“Scientifically, their figures can not be accepted,” said Lee Yo Han, a professor at Ajou University Graduate School of Public Health in South Korea, adding that the public data “were likely all controlled (by the authorities) and embedded with their political intentions. ”

The most likely course is that North Korea will soon proclaims victory over COVID-19, perhaps during a June political meeting, with all credit given to Kim’s leadership. The 38-year-old ruler is desperate, observers say, to win bigger public support as he deals with severe economic difficulties caused by border shutdowns, UN sanctions and his own mismanagement.

“Various public complaints have accumulated, so it’s time to (strengthen) internal control,” said Choi Kang, president of Seoul’s Asan Institute for Policy Studies. “Kim Jong Un has been taking the lead in the anti-epidemic efforts to show that his campaign is very successful and to reinforce his grip on power.”

Before North Korea on May 12 admitted to an omicron outbreak, it had maintained a widely disputed claim that it had zero domestic infections for more than two years. When the North at last published the outbreak, many wondered why now.

It was initially seen as an attempt to exploit the outbreak to get foreign humanitarian assistance. There were hopes that possible aid by Seoul and Washington could help resume long-stalled diplomacy on Pyongyang’s nuclear program.

Kim has called the outbreak a “great upheaval” and launched what his propaganda teams call an all-out effort to suppress it.

He’s held several Politburo meetings to criticize officials, inspected pharmacies at dawn and mobilized troops to support medicine delivery. A health official explained pandemic responses on state TV, while state newspapers have churned out articles on how to deal with feverincluding gargling with saltwater and drinking honey or willow leaf tea.

“Honey is a rarity for ordinary North Koreans. They probably felt bad when their government asked them to drink honey tea, ”said Seo Jae-pyong, a North Korean defector-turned-activist in Seoul. “I have an elder brother left in North Korea and have big worries about him.”

Every morning, North Korea releases details about the number of new patients with fever symptoms, but not with COVID-19. Experts believe most cases should be counted as COVID-19 because while North Korean health authorities lack diagnostic kits, they still know how to distinguish the symptoms from fevers caused by the other prevalent infectious diseases.

North Korea’s daily fever tally peaked at nearly 400,000 early last week; it has nosedived to around 100,000 in the past few days. On Friday, it added one more death after claiming no fatalities for three consecutive days.

“Our country set a world record for having no single (COVID-19) infection for the longest period … and we’ve now made an achievement of reversing the tide of the abrupt outbreak in a short period,” the main Rodong Sinmun newspaper said Thursday. “This evidently proves the scientific nature of our country’s emergency anti-epidemic steps.”

Medical experts question the validity of North Korea’s stated fatality rate of 0.002%. Given that South Korea’s mortality rate of unvaccinated people for the omicron variant was 0.6%, North Korea must have similar or higher death rates because of its low capacity to treat patients and its people’s poor nutrition, said Shin Young-jeon, a professor of preventive medicine at Seoul’s Hanyang University.

In a study published by Johns Hopkins University last year, North Korean ranked 193 out of 195 countries for its ability to deal with an epidemic. UN reports in recent years said about 40% of its people were undernourished. North Korea’s free socialist public health care system has been in shambles for decades, and defectors testify that while in the North, they bought medicines at markets or somewhere else.

“North Korea would not really care about fatalities at all,” said Choi Jung Hun, a defector who worked as a doctor in North Korea in the 2000s. “Many North Koreans have already died of malaria, measles, chickenpox and typhoid. There are all kind of infectious diseases there. ”

Choi, now a researcher at a Korea University-affiliated institute in South Korea, said North Korea likely decided to admit to the omicron outbreak because it sees it as less lethal and more manageable. He suspected North Korea set up a scenario to raise up and then bring down fever cases so as to boost Kim’s leadership.

Lee, the Ajou professor, said North Korea may have overstated its earlier fever cases to give “a powerful shock” to the public to rally support for the government, but avoided releasing details of too many deaths to stave off public unrest.

The outbreak could eventually kill more than 100,000, if people remain unvaccinated and die at the same death rate as in South Korea, Shin, the Hanyang professor, warned.

The North Korean outbreak will likely last several months, Moon Jin Soo, director of the Institute for Health and Unification Studies at Seoul National University, said. It’s urgent to ship anti-viral pills and other essential medications to North Korea, rather than vaccines whose roll out would take at least a couple of months, he said.

“North Korea could spend a couple more months massaging the statistics, but they could also abruptly announce their victory this weekend,” said Ahn Kyung-su, head of DPRKHEALTH.ORG, a website focusing on health issues in North Korea. “North Korea always operates beyond your imagination. It’s hard to predict what they’ll do, but they do have a plan. ”