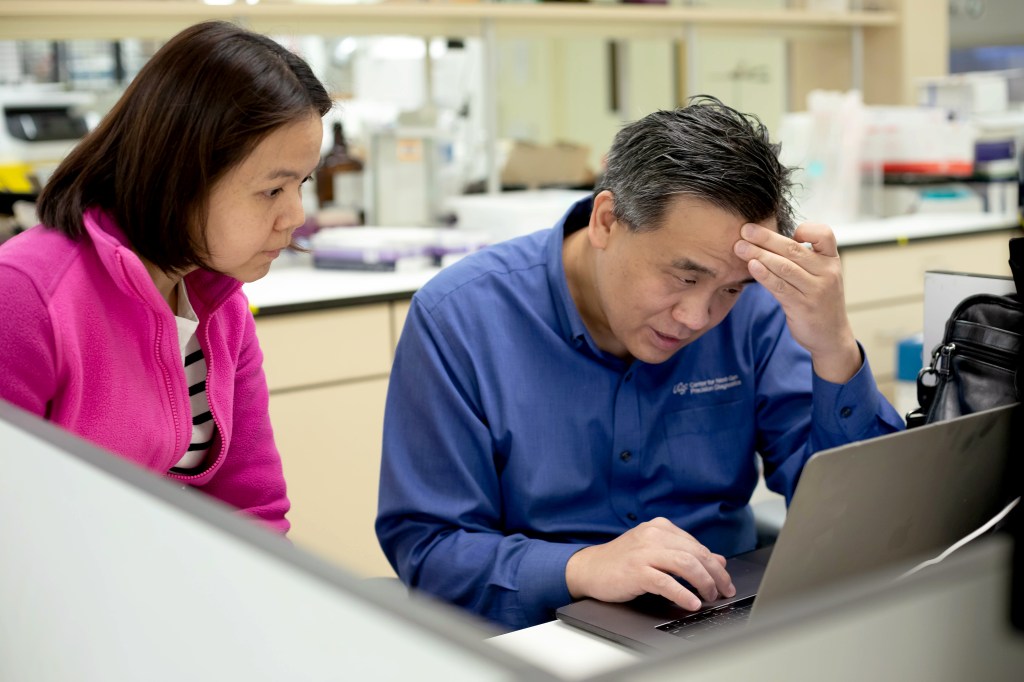 New research by a team of San Francisco scientists is raising questions about the usefulness of a new omicron-specific COVID vaccine for next fall, as the virus quickly evolves and the risk of illness is likely to soar.

The study, published in the journal Natureoffers growing evidence that federal policymakers must make a tough choice: Should today’s vaccine be changed – and, if so, how?

Time is tight, so a decision is planned next month. It comes as the nation is in the midst of a new wave of infections related to new omicron variant subtypes, averaging more than 105,000 new cases a day for the first time since February. An estimated 58% of all new US cases are linked to the hyper-transmissible BA.2.12.1 omicron variant, which is quickly spreading among both the vaccinated and previously infected.

“We should try to design vaccines that would confer broad protection against many variants,” said Dr. Charles Chiu, an infectious disease specialist and microbiologist at UC San Francisco who contributed to the study.

“I’m skeptical that an omicron vaccine is going to be that useful against the emerging variants that come in the future,” he said. “We should not be playing ‘Whac-A-Mole.’ ”

The UCSF team found that unvaccinated people who were infected with the original COVID omicron variant, called BA.1, were not protected against infections from other strains of the COVID virus.

“In the unvaccinated population, an infection with Omicron might be roughly equivalent to getting one shot of a vaccine,” said virologist Dr. Melanie Ott, director of the Gladstone Institute of Virology and co-senior author of the new study. “It confers a little bit of protection against COVID-19, but it’s not very broad.”

That suggests that an omicron-based vaccine would also offer lousy protection against future viral strains – either new generations of omicron or whatever other variants will prevail.

“Omicron immunity is really not holding up against the new variants,” she said.

Vaccine producer Pfizer is testing the efficacy of a booster and a primary vaccine that is targeted specifically against the omicron’s BA.1. It is also testing bivalent and multivalent vaccines, meaning they are aimed at different strains of the virus.

Modern is testing two versions of its mRNA vaccine. One is targeted specifically against the omicron BA.1 variant, while the other is bivalent.

The decision on vaccine formulation will be made by Food and Drug Administration regulators after its June 28 meeting.

Why does not previous infection with omicron help fend off future infections? There are two possible reasons, said Ott.

Omicron causes milder disease, and that might lead to milder immunity, she said.

Secondly, omicron’s new subtypes are genetically different, she said. They have mutations that alter a key amino acid called L452, which may help them dodge immunity.

This is worrisome because an estimated 40% to 50% of Americans were infected with the original omicron BA.1 variant.

Without added protection from vaccination, they are vulnerable to re-infections.

In contrast, recently vaccinated people who have a “breakthrough” infection fare better, with higher protection, said UCSF immunologist Nadia Roan. This so-called “hybrid immunity” – generated by our original vaccine and the subsequent omicron infection – is superior, and may help fight off future variants.

Breakthrough infections in vaccinated people are increasingly common. Before omicron, they represented less than 1% of cases. Now even people with four shots are experiencing infections.

This is likely because these new subtypes are evading our immunityy from the vaccines, which were built around the original alpha variant. Each generation outcompetes the previous one: BA.2, with 30% increased transmissibility, quickly overtook BA.1. Now BA.2.12.1 is outcompeting BA.2, with a 25% higher transmission rate, according to Dr. Eric Topoldirector of the Scripps Research Translational Institute in La Jolla.

“This foretells its further rise to dominance across the US in the days and weeks ahead,” Topol wrote. It remains to be seen, he said, whether even newer subtypes, called BA.4 and BA.5, can outcompete BA.2.12.1.

Based on its evasiveness, BA.2.12.1 almost seems like a different virus. According to Linfa Wang, a bat coronavirus researcher at Duke-NUS Medical School in Singapore, “it should be called SARS-3.”

Although we do not know what future variants will look like, “they’ll likely be more and more capable of immune escape,” Scripps Research scientist Kristian Andersen told the journal Science.

With so many people around the world harboring some degree of immunity, the virus is being forced to continually reinvent itself, said Ott.

And immunity is transient, not rock solid, she said. It waxes and wanes, depending on whether people are re-boosted or recently infected.

A key long-term goal is to create a more universal vaccine that can work against all future variants of the virus, according to the UCSF team. It would target an evolutionarily “conserved” spot in its structure that does not mutate over time. It’s also important to discover why immunity is fading, and how to make protection more durable.

“I think we have to go back to the drawing board,” said Ott.