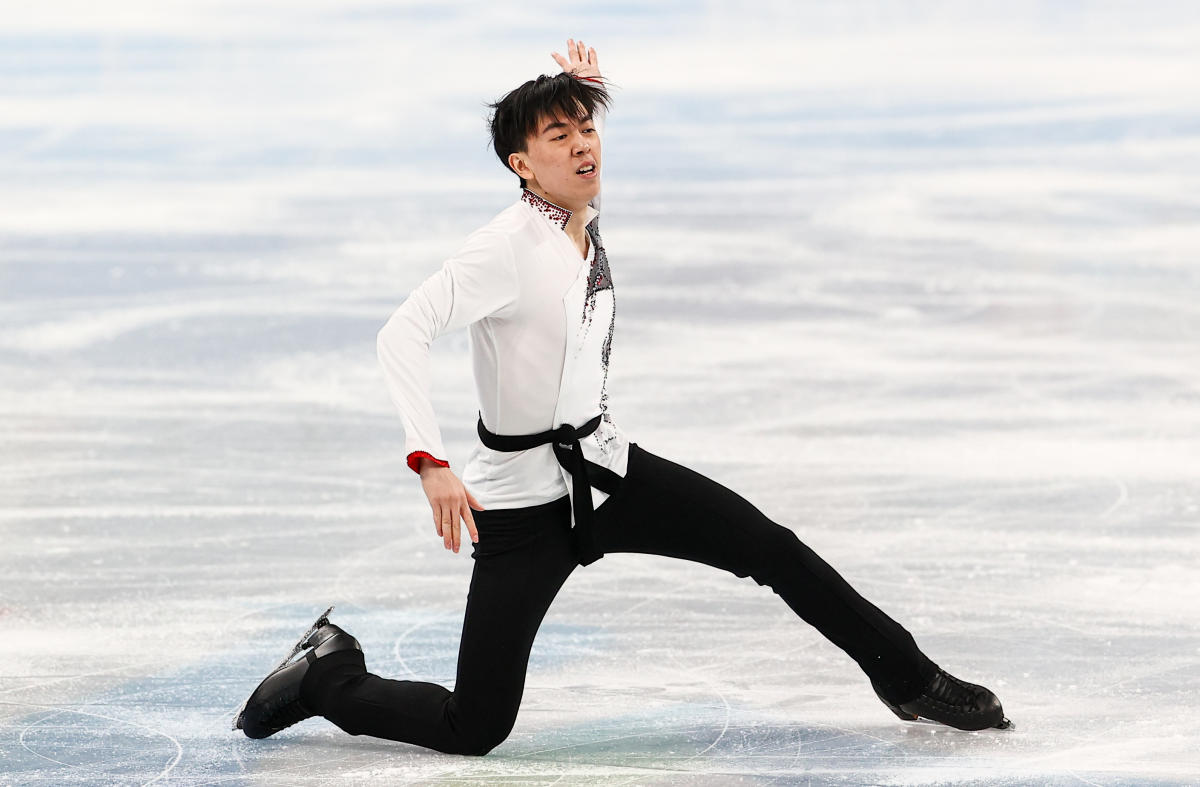 BEIJING – Vincent Zhou had the greatest moment an Olympian can have – a medal-winning performance, with the anticipation of another – and then saw it all crumble to pieces.

Zhou, one of Team USA’s silver (for now) medal-winning team skaters, tested positive for COVID on Feb. 7, and was immediately sent to isolation. His Games were effectively over, and he could only watch as the rest of Team USA skated on without him.

“It was very difficult for me to see the results (of the men’s individual competition) because I could have medaled,” he told several journalists via a Zoom call in Beijing. “I’ve been training consistently at that level where I could pull a score like that and win a bronze medal, so definitely a very difficult day for me.”

Zhou remains confused as to how he ended up contracting the virus in the closed loop. “I’ve been one of the most careful people,” he said. “I was taking lots of precautions. I tried to eat away from people chew with my mask on… I think it’s just really unfortunate, a stroke of bad luck. I do not know how I got it. I controlled the things I could, and sometimes bad things happen. ”

During his imposed lockdown, Zhou did not spend a lot of time watching skating, for obvious reasons. He caught up on his Netflix – “Icarus,” the documentary on the Russian doping scandal, was a particularly appropriate choice – and reconnected with friends old and new. He even got a bit of love from some celebrity admirers on Instagram, including Josh Groban.

“There were a lot of not-so-easy conversations,” he recalled. “On the bright side, I found a lot of happiness in talking to people. In my own pursuit of success, I tended to forget about asking other people how they’re doing.”

Aside from some mild cold symptoms, Zhou felt little effect. He spent time in isolation about 30 minutes outside of Beijing, then tested his way out and is now back in the athletes’ village, sadder and wiser.

He admitted that he has not closely kept up with the events involving Russian skater Kamila Valieva, but had some definitive thoughts on how to keep sports clean.

“All amateur athletes (in the United States) are subject to random collection,” he said. “They can show up on a day off, on a Sunday at 6am – which has happened to me. The agent will follow you around until you can provide a sample. I think it’s a great way to ensure that you’re not just clean for the competition but clean during training. ”

He also sympathized with the women who will be competing against Valieva Thursday night. “The integrity of competition is extremely important,” he said. “I’m proud to have competed clean my entire life… I would understand completely if the ladies did not exactly trust the integrity of the competition.”

For now, Zhou does have one last Olympic highlight ahead: he’ll be skating in the traditional exhibition to conclude the Games.

“I worked through it mentally and I’m happy to be out,” he said. “And I’m happy to have the chance to skate on Olympic ice in the gala. I do not want to dwell on the negatives.”

Asked what he’ll take away from this Olympic experience, Zhou turned melancholy. Appreciate the journey, not just the destination. Be proud of small victories every single day, and do not let one small result define you. And be grateful when you’re breathing clean air, ”he said.

“It could always be worse,” he added. “When you’re super nervous about competing or doing something big, be grateful you have the opportunity to do something big. Because it could be taken away from you, just like that. ”