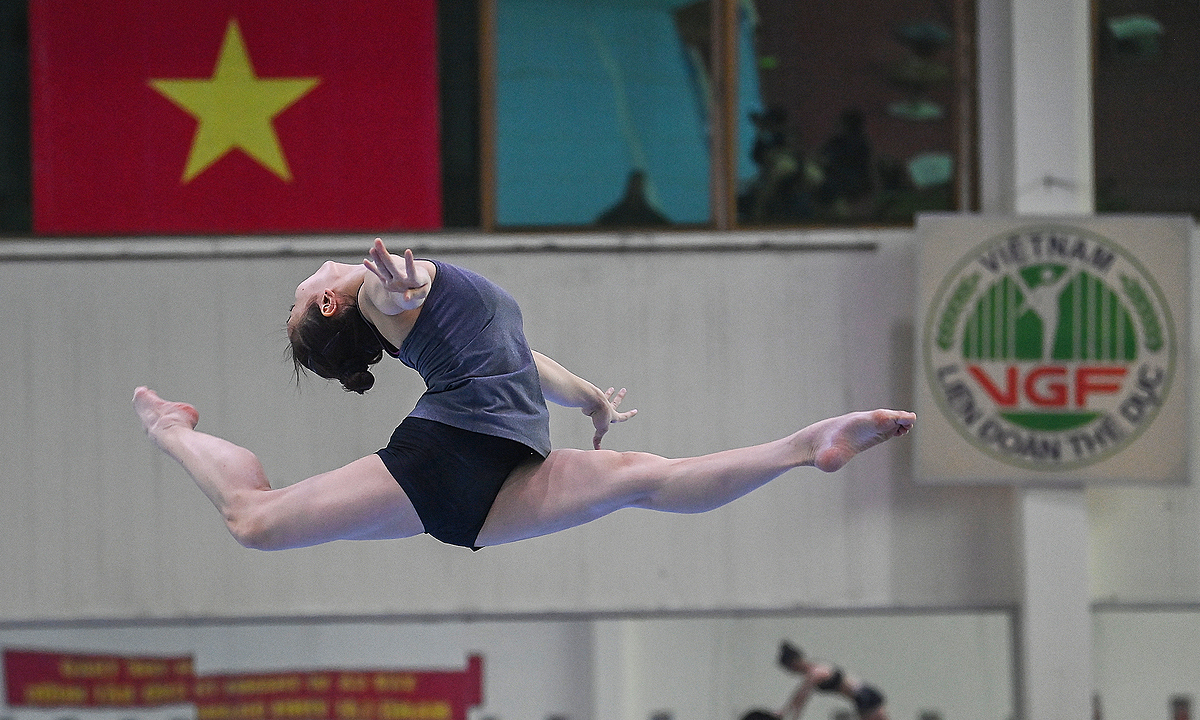 These days at the National Sports Training Center, the national gymnastics team are increasing the intensity of their training for SEA Games 31 this month.

Twelve athletes (six men, six women) have been training from seven to eight hours daily over many weeks, at the National Sports Training Center in Hanoi.

Many athletes have even had to train overtime if unable to complete exercises as required by coaches.

Gymnastics is a sport that requires a great level of technique and accuracy, so the athletes must be warmed up and mentally prepared before training.

In some categories, the athlete will apply magnesium powder to their palms to increase grip on the equipment.

Vietnam used to be at the top of Southeast Asia in gymnastics, but in the last two events they did not hit the target. At 2019 SEA Games, the team won three gold, two silver and seven bronze medals.

At SEA Games 31, the team aims to win three gold medals, two of which are men’s and one from the women’s team, in events like of group, pommel horse and parallel bars.

Young athlete Nguyen Van Khanh Phong is one of the most prominent names in the team. In March, at Gymnastics World Cup in Baku, Azerbaijan, he reached the final of the men’s rings.

Dinh Phuong Thanh won two individual gold medals in the parallel and horizontal bars at the 2019 SEA Games in the Philippines. Currently, he is focusing on improving his stamina to ensure he can compete in all six categories.

According to the coaches, while the women’s team includes the new generation of young athletes, the men’s team are more experienced and will face fierce competition from their opponents, especially the Philippines with world freestyle champion Carlos Yulo.

For gymnasts, basic training will help them discover the most rudimentary errors, in order to improve their technical proficiency.

After each session, the coaches give athletes feedback on their progress.

All events of SEA Games 31 gymnastics will take place from May 13 to 16 at Quan Ngua Sports Palace, Hanoi, with 14 categories (eight for men, six for women).