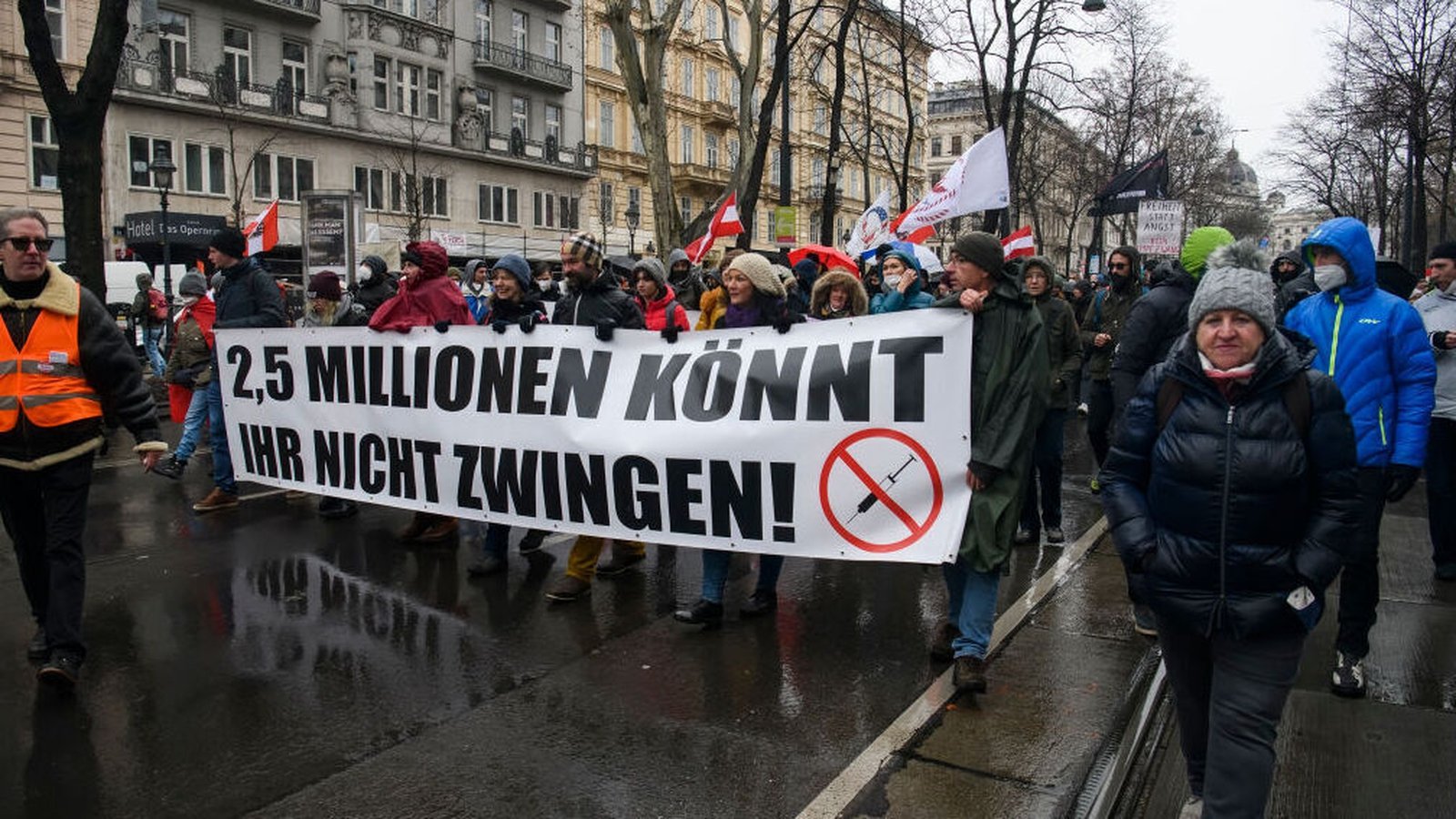 A growing number of countries are imposing vaccine passes, or insisting people in certain jobs be vaccinated against Covid-19.

But few are mandating their whole populations to be jabbed.

Here is a snapshot:

Ecuador became the first country in the world to make Covid-19 vaccinations mandatory in December, including for children over five.

Two authoritarian states in Central Asia – Tajikistan and Turkmenistan – had already made them mandatory for adults over 18 years old in July.

Indonesians have also been obliged, in theory, to get a shot since last February, but in practice less than half had done so by the beginning of 2022.

In the Pacific, the federated states of Micronesia also announced in July that over 18s would have to get shots.

Austria will be the first European Union country to impose vaccination on all over 14s on Friday, with those breaking the rules facing a € 600.

The German Bundestag is debating a draft law on compulsory vaccinations pushed by the new Social Democrat Chancellor Olaf Scholz.

Several European countries concentrate on the elderly, who are more likely to get severely ill from the virus.

In Italy, all over 50s must be vaccinated from 15 February.

And in Greece, over 60s have had to be jabbed since the beginning of the year. The Czech Republic was to do the same but its new government dropped the idea.

In France, care and healthcare workers along with firefighters, ambulance drivers and home helps, need jabs.

In England, Greece and Italy health workers and staff in retirement homes are or will soon be covered, while Rome also extends the requirement to those working in schools and for the police.

In Germany, medical personnel must prove they are fully vaccinated by 15 March.

Some countries have gone further, including Hungary where companies can insist their employees be jabbed.

The Czech Republic has made injections mandatory for health workers, the police, firefighters and soldiers but scrapped plans to make them compulsory for over 60s.

In Panama, President Laurentino Cortizo this month decreed a vaccine mandate for all civil servants.

And in the United States, President Joe Biden was thwarted by the Supreme Court in January in his bid to impose jabs on millions of employees of large businesses.

More and more countries are demanding that people show vaccination passes or certificates to travel or enter enclosed public places.

A pass is required to enter any private or government building in Saudi Arabia, or to use public transport or leave the country.

In Morocco, they are needed to enter enclosed spaces like hotels, restaurants, cafes, shops and sports facilities and public offices and to leave the country, and in Tunisia for access to schools, cafes, banks and administrative offices.

In Kenya, a pass is needed for public transport and public spaces.

In Italy, a vaccine pass has been necessary since January to use transport, hotels, restaurant terraces, fairs and congresses, as well as swimming pools and gyms.

In France, a vaccine pass will soon be required, with a full course of vaccination needed to enjoy inter-city train travel, attend cultural events or eat out. A recent test or proof of recovery will no longer be valid.

Some countries, like New Zealand or Australia, reserve entry to their territory to vaccinated people, as tennis world number one Novak Djokovic found at his cost.

His mood will not have been helped by France saying its new vaccine pass “applies to everyone including elite sportspeople coming from abroad until further notice”.