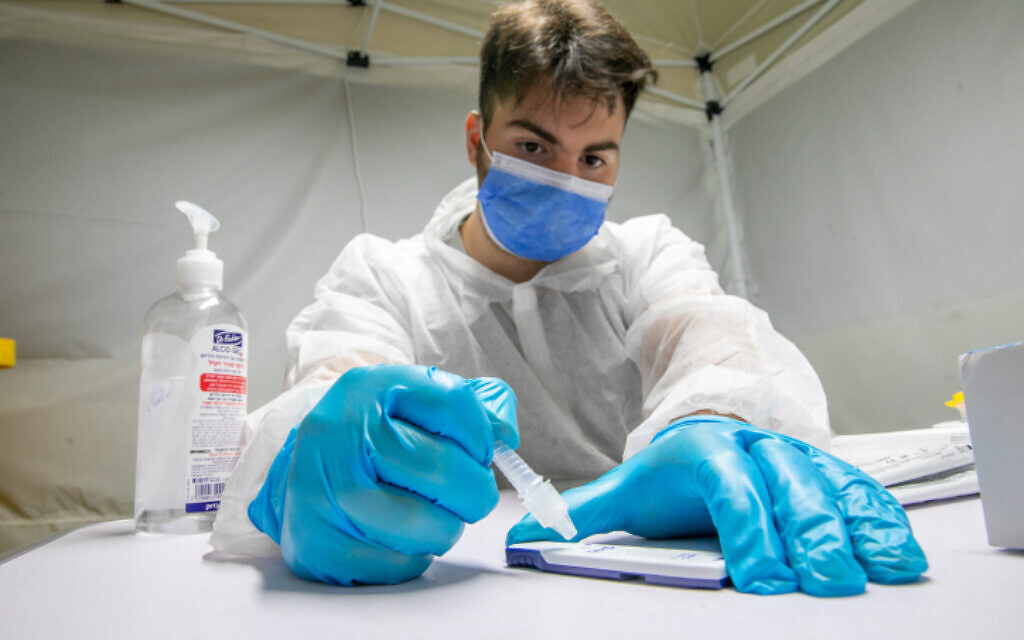 Experts have repeatedly said that much infection goes undetected, even suggesting at some points that confirmed cases may be outnumbered by undetected cases.

Researchers at Tel Aviv Sourasky Medical Center, also known as Ichilov Hospital, conducted antibody tests on around 500 medical staff who did not knowingly have coronavirus since August.

They were expecting to find that many had antibodies indicating they had the virus without realizing.

“Only 2.6 percent of them had been infected without them realizing it, which is much lower than we anticipated,” senior Ichilov physician Dr. Esti Sayag told The Times of Israel.

“We checked for a particular antibody – n – which is specific to those who have recovered from the virus and is not found among those who just had the vaccine, so the study gave an accurate picture,” she said. The research is not peer-reviewed.

Sayag said that the results are a vote of confidence for the regular testing that has become a part of hospital life – and also an indicator that even in normal society, suggestions that there has been a mass of undetected infections are probably overblown.

An Israeli laboratory worker is pictured as she processes serological tests for coronavirus at the Leumit Health Care Services laboratory in Or Yehuda, near Tel Aviv on June 29, 2020. (GIL COHEN-MAGEN / AFP)

“The first lesson here is that when you have careful checks for healthcare workers you can be sure that you are containing the disease among your staff, and you do not have people harming patients and spreading disease to patients and colleagues,” said Sayag.

“But the more important lesson relates to the public. There have been voices in Israel saying that the real numbers of infection are two or three times what has been reported. We do not believe this, and we’re widening the study to the public now to check this, ”she said.

“While numbers in the general population may not be as low as among health workers who have so much testing, we believe the figures from hospitals indicate they will also be low.”

Do you value The Times of Israel?

If so, we have a request.

Every day, our journalists aim to keep you abreast of the most important developments that merit your attention. Millions of people rely on ToI for fast, fair and free coverage of Israel and the Jewish world.

We care about Israel – and we know you do too. So today, we have an ask: show your appreciation for our work by joining The Times of Israel Communityan exclusive group for readers like you who appreciate and financially support our work.

Already a member? Sign in to stop seeing this

We’re really pleased that you’ve read X Times of Israel articles in the past month.

That’s why we started the Times of Israel ten years ago – to provide discerning readers like you with must-read coverage of Israel and the Jewish world.

So now we have a request. Unlike other news outlets, we have not put up a paywall. But as the journalism we do is costly, we invite readers for whom The Times of Israel has become important to help support our work by joining The Times of Israel Community.

For as little as $ 6 a month you can help support our quality journalism while enjoying The Times of Israel AD-FREEas well as accessing exclusive content available only to Times of Israel Community members.

Thank you,
David Horovitz, Founding Editor of The Times of Israel

Already a member? Sign in to stop seeing this