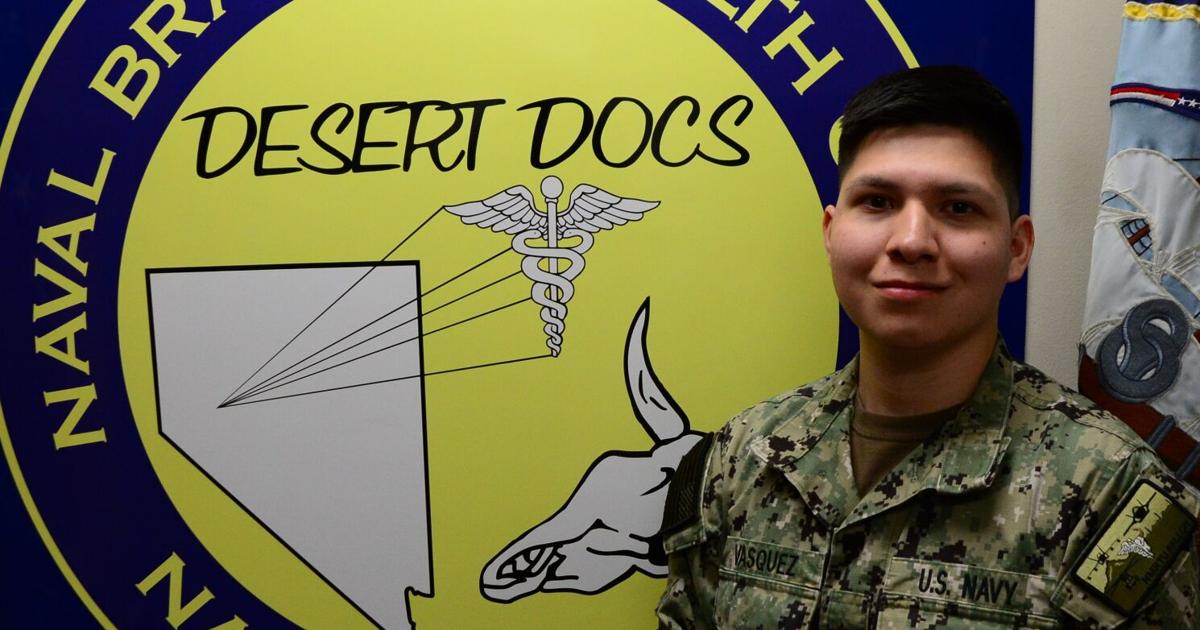 “Hillsboro taught me to be more of a leader and how to be a part of a team,” Vasquez said. “I also learned to make sure whatever needs to get done, gets done.”

These lessons have helped Vasquez while serving in the Navy. Today, Vasquez serves as a hospital corpsman at Naval Air Station Fallon in Nevada.

“I joined the Navy to see the world,” Vasquez said.

Fifty-two years ago, TOP GUN was introduced with the mission of reducing casualties of naval aviators sustained during the Vietnam War. Within a year, this goal was reached with the United States having one casualty for every 12 enemy deaths. Since then, TOP GUN continues to train the finest naval aviators and has inspired one blockbuster movie released in May 1986, with a sequel planned for release this month.

Today’s US Naval Aviators possess the professionalism, tactical skills, innovative mindset, and understanding of advanced technologies to succeed against adversaries. They are disciplined, critical thinkers who excel in challenging environments – like those seen in the movie, according to US Navy officials.

“I’m extremely excited about the impact this movie will have,” said Vice Adm. Kenneth Whitesell, Commander of the Naval Air Forces. “Much like the trend that followed the original film, I am confident that Top Gun: Maverick will have a tremendous impact on our Navy recruiting efforts which will greatly increase the numbers of brave and talented Sailors among our ranks.”

According to Navy officials, TOP GUN is a prestigious program only open to the top one percent of naval aviators. Aviators who attend the course are trained in a variety of areas including air combat, jet maneuverability, enemy tactics and more.

The mission of NAS Fallon is to support carrier air wings prior to deployment, as well as other units during training and exercises. This goal is achieved through 300 clear flight days a year, four bombing ranges, an electronic warfare range and many other training facilities. The base is also home to a 14,000-foot runway, which is the longest in the Navy.

NAS Fallon provides aviators the unique opportunity to train in realistic battle scenarios while including every element of an air carrier wing. It is the only facility in the world with this ability.

The aircraft stationed at NAS Fallon support aircraft carrier missions around the world. This year, the Navy is celebrating the centennial of the aircraft carrier and its importance to naval aviation. When the air wing is embarked on an aircraft carrier, the ship contains more than 70 attack fighter jets, helicopters and other aircraft, all of which take off from and land aboard the carrier at sea. With more than 5,000 sailors serving aboard these ships, aircraft carriers are self-contained mobile airports.

“The aircraft carrier is our US Navy’s centerpiece, our flagship, and a constant reminder to the rest of the world of our enduring maritime presence and influence,” said Rear Arm. James P. Downey, USN, Program Executive Officer Aircraft Carriers. “These ships touch every part of our Navy’s mission to project power, ensure sea control, and deter our adversaries.”

Serving in the Navy means Vasquez is part of a world that is taking on new importance in America’s focus on rebuilding military readiness, strengthening alliances and reforming business practices in support of the National Defense Strategy.

“The Navy is the first line of defense on the waters,” Vasquez said. “We take care of everything out there.”

With more than 90 percent of all trade traveling by sea, and 95 percent of the world’s international phone and internet traffic carried through underwater fiber optic, Navy officials continue to emphasize that the prosperity and security of the United States is directly linked to a strong and ready Navy.

Vasquez and the sailors they serve with have many opportunities to achieve accomplishments during their military service.

“I am most proud of making the Blue Jacket of the Quarter here,” Vasquez said. “I went above and beyond and was one of the best hospital corpsmen here.”

The future of US aviation depends on the Navy’s ability to achieve their vision for defeating tomorrow’s air threats with the support of ground crews and aviators.

As Vasquez and other sailors continue to train and perform missions, they take pride in serving their nation in the United States Navy.

“Serving in the Navy means everything to me,” Vasquez said. “I am an image for my nieces and nephews to look up to.”