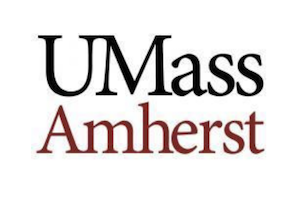 AMHERST, Mass. ­– The University of Massachusetts Amherst will honor the exemplary achievements, initiative and leadership of some of its most talented and accomplished graduating seniors during Undergraduate Commencement on Friday, May 13 at McGuirk Alumni Stadium beginning at 4:30 p.m.21st cent

Ten members of the graduating class will be honored as 21st Century Leaders at Undergraduate Commencement:

Jasmine Bogle spent her early childhood in Springfield before moving to Queen Creek, Ariz. She earned a degree in biomedical engineering. Bogle spent two academic years and one summer as a research assistant in the lab of Professor of Biomedical Engineering Seth Donahue, contributing to five research projects concerning novel bone regeneration therapies, and presented at the 2022 conference of the Orthopaedic Research Society. Bogle also served as the vice president of the Black Student Union, an engineer peer mentor, and a member of the National Society of Black Engineers and the campus Black Advisory Council. In fall 2021, she helped organize an impactful Safe Space event for Black students that led to enhanced efforts by campus administrators to improve equity and inclusion. She will pursue a master’s degree in biomedical engineering and continue her research in tissue engineering.

Elodie Carel of Wayland is a Commonwealth Honors College student who earned a degree in psychology and a Bachelor’s Degree with Individual Concentration in disability studies. A disabled student who uses a wheelchair, Carel at first had difficulty navigating campus. She persevered and made her mark as a scholar as well as a student leader as she began her quest to increase access and destigmatize disability. Carel was selected to be a teaching assistant for five psychology courses. One of her two honors theses related to disability and stigma won an outstanding thesis award from the Department of Psychological and Brain Sciences. Carel held leadership positions in campus disability activism and culture groups, including Access UMass. In her work with the UMass Alliance Against Ableism, she sought to increase equity for disabled people on campus, which included helping organize a speaker series in which panelists shared their experiences with disability activism at UMass Amherst. She plans to continue her research focused on disability and ableism and earn a doctorate in psychology.

Julia Stone Fox of Southwick, a Commonwealth Honors College student, graduates with dual degrees in political science and environmental science. As speaker of the Student Government Association, Fox balanced the priorities of many groups and ensured space for dialogue in times of disagreement and during the disruptions of COVID-19. Her achievements included providing education on antisemitism and conflict resolution and working to ensure that established student organizations continued to operate during the pandemic. Fox used the expertise she gained through advanced coursework in geographic information system mapping (GIS) to create time-saving tools for the Department of Environmental Health and Safety. Her projects involved stormwater infrastructure management, a 360-degree photo viewer, and hazardous materials tracking. Combining several of her interests, her environmental science honors thesis investigated the effect of statewide policy incentives on solar energy adoption in environmental justice communities. Fox was also active in UMass Women into Leadership, serving on the group’s board. She held on-campus jobs and made the dean’s list each semester. Upon graduation, she will remain at UMass Amherst to complete her master’s degree in public policy and hopes to work on renewable energy at the state level.

Zachary James Glanz of Sharon majored in Middle Eastern Studies with a secondary major in Chinese Language and Literature. An ROTC standout throughout his four years at UMass Amherst, Glanz was named the Navy Federal Credit Union ROTC All-American Student of the Year, earning $5,000 for UMass ROTC. He ranks among the top 10 percent of Army ROTC cadets in the nation and was designated a Distinguished Military Graduate. Fascinated by foreign languages, culture and history, he graduates with a command of Mandarin Chinese and Arabic and knowledge of Korean. He excelled in his Chinese courses and went on to study the language further through Indiana University Bloomington with a Department of Defense scholarship in the summer of 2020 and then in Taiwan with a Project Global Officers Scholarship in the summer of 2021. After commencement, Glanz will enter the Military Intelligence (MI) basic officer leader course in Arizona and will subsequently be commissioned as an MI officer in the United States Army, joining the 2nd Combat Aviation Brigade of the 2nd Infantry Division in South Korea in December.

Jacqueline Victoria Grundfast of Warwick, N.Y., a Commonwealth Honors College student, is receiving dual degrees: a Bachelor’s Degree with Individual Concentration in biomedical ethics and policy and a degree in psychology, in addition to a minor in business. Grundfast attained the dean’s list every semester. As vice chair of Massachusetts Public Interest Research Group (MASSPIRG), a nonpartisan student activist organization, she coordinated a highly successful youth voter effort for UMass Amherst during the 2020 election cycle registering 650 students, 75 percent of whom voted, a 20 percent increase over 2016. Consequently, Grundfast was selected to be a presenter on strategic campaigns for increasing youth voter registration and turnout at a national conference held at the Harvard Kennedy School Institute of Politics. While an intern for Massachusetts State Rep. Mindy Domb, Grundfast researched and analyzed bills and legislative issues and wrote testimony on Domb’s behalf on several issues. To further prepare for a career advancing social justice and progress, she will attend Brooklyn Law School in the fall with a concentration in corporate law.

Alanna Joachim of Groveland, a Commonwealth Honors College student, earned a bachelor’s degree in civil engineering and a minor in engineering management through the Isenberg School of Management. A first-generation college student who was adopted from China, Joachim attained a near-perfect GPA while making time to volunteer with several community organizations and write for the Daily Collegian. In the fall of her sophomore year, Joachim began an ambitious independent research project that developed into her honors thesis, which analyzed connections between 3D printed architected metal materials and structural art, a new area of research. The summer following her junior year she was part of a group of students who traveled to the North Slope of Alaska on a research project. As one of the expedition’s two science leads, she took on the responsibility to formulate and execute a plan to study the hydraulics of unique streams in the challenging Alaskan terrain. In addition, Joachim has served as president of the American Society of Civil Engineers UMass Chapter, treasurer of the Society of Women Engineers, and captain of the UMass Seismic Design Team. Joachim will study for a master’s degree in structural engineering and geomechanics at Stanford University.

Sarah Kaunfer of Wrentham, a Commonwealth Honors College student, earned a degree in microbiology. Kaunfer was accepted into the interdisciplinary iCons program, which provided opportunities to collaborate with fellow student researchers and entrepreneurs. Along with three fellow students, she founded biotech startup MicrobeBlaster. Their team was inspired to create an antifouling coating that works to prevent bacterial infection on implantable medical devices after family members suffered from hospital-acquired infections. To date, MicrobeBlaster has raised over $65,000 for the venture, including funding from the UMass Innovation Challenge. MicrobeBlaster is currently in the prototype stage of development. Kaunfer was a teaching assistant in four different biology classes over the course of five semesters. However, Kaunfer’s most formative college experience was working with Associate Professor of Microbiology Yasu Morita to characterize the cell envelope of Mycobacterium tuberculosis, the causative agent for the global respiratory disease. Kaunfer was a resident assistant and received the Alpha Phi Omega service fraternity’s Distinguished Service Key. In addition, she enjoyed playing the French horn in the UMass Concert Band. Upon graduation, Kaunfer will work as a clinical research coordinator in acute kidney injury at Brigham and Women’s Hospital in Boston. She plans to attend medical school and license MicrobeBlaster technology to a major medical device manufacturer.

Kanon Kobata of Saitama, Japan, majored in food science with a second Bachelor’s Degree in Individual Concentration in sustainable food business. Outside of class, she performed cutting-edge research, entered product competitions, led food science student groups, and performed ballet with the student group Alive with Dance. Kobata’s research on the safety and quality of plant-based proteins with Distinguished Professor David Julian McClements contributed to papers published in top journals. A lab patent is pending based on her design of plant-based scallops that mimic the color and texture of real seafood. Through food science competitions, Kobata discovered her talent for entrepreneurship. Her team won first place at the 2021 Institute of Food Technologists Smart Snacks for Kids Product Development Competition. Kobata’s accomplishments have been recognized with the UMass Amherst Rising Researcher Award, admittance to the William Lee Science Impact Program, and other major prizes in Japan and the U.S. After graduation, Kobata will either study for her Ph.D. in food science or work as a researcher in the plant-based alternative food industry. Her ultimate goal is to launch a food tech company.

Adam Maciej Lechowicz of Bridgewater, a Commonwealth Honors College student, earned dual degrees in computer science and political science. A Phi Beta Kappa member, Lechowicz studied air quality and HVAC ventilation, seeking to design intelligent systems that sense and manage indoor air. His team measured airflow by extracting low-frequency vibrations from a microphone signal; their innovations were published in a leading academic journal. In an honors thesis combining his degrees, Lechowicz sought insight into one of the most pressing issues of the day: opinion polarization and disagreement in social networks. This research, using simulation and spectral graph theory, could contribute to interventions that help people engage in dialogue and live with their differences. Having faced food insecurity himself, Lechowicz engaged in student efforts to promote food access and affordability. As a member of the Student Government Association during the pandemic’s peak, he advocated for policies to assist disadvantaged students through those difficult semesters. Lechowicz also led a successful revival of the student yearbook, The Index, and served as editor-in-chief of the 2022 edition.

In the fall, Lechowicz will enter a combined master’s and Ph.D. program in computer science. He hopes to become a professor and contribute to research that serves the common good.

Obinnaya Okereke of Marblehead graduates with a major in public health. He came to UMass Amherst for its strong premedical program. Okereke gained confidence in his aspiration to attend medical school when he won the CRC Press Chemistry Achievement Award, given to the top three among more than 1,200 first-year general chemistry students for outstanding academic achievement in general chemistry. Since his sophomore year, he has worked in the Pediatric Physical Activity Lab, building higher-level problem-solving, critical thinking and analytical skills, and used his outstanding interpersonal skills to connect expertly with children.  His people skills have grown even stronger in his roles as a teaching assistant for biology and public health, resident assistant during COVID-19, premedical mentor and peer advisor, and volunteer for Not Bread Alone. Okereke says the distrust of the medical world in the African American community, along with the lack of representation among doctors, has driven him to pursue his dream of becoming a physician. He will enter UMass Chan Medical School in the fall.

Two graduating seniors will be recognized during the commencement ceremony for their leadership and executive ability as Jack Welch Scholars. They are:

Zachary Evan Carter from Northborough graduates with a major in operations and information management. He has accepted a position with Pratt & Whitney in East Hartford, Conn., working in their global supply chain development program. He hopes to someday earn an MBA, as well as pursue his passion for creative writing and publish a novel.