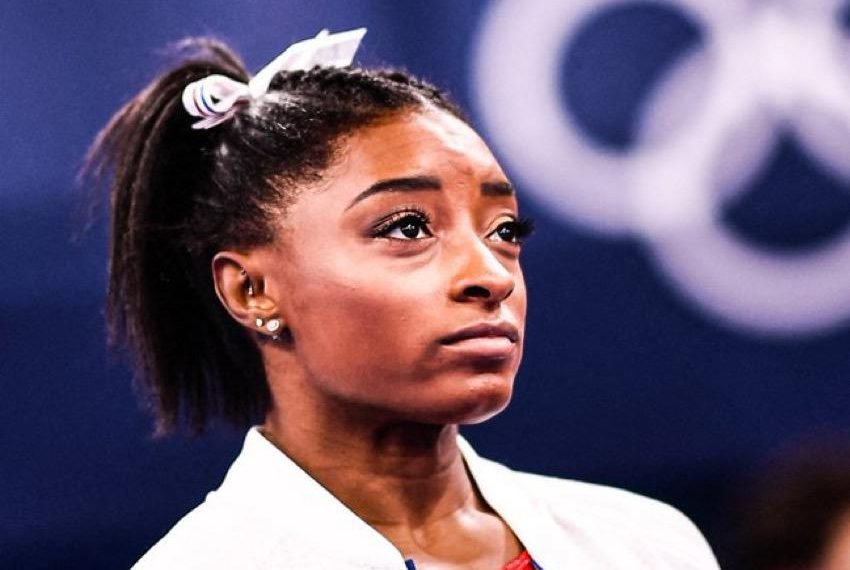 Simone Biles, the name the world of sports has endearingly accepted as the most decorated gymnast ever, emphasizes accepting oneself for who we are. The seven-time Olympic medalist demonstrates feats with grace and ease; she brought in an element of fun and love for the sport. However, it is undoubtedly not as easy as she makes it seem.

Intense practice sessions and utmost dedication are prerequisites for success in any profession. A sport like gymnastics, which requires balance, strength, and fitness, demands a healthy body and a healthy mind. In light of this, one would be amazed to know the strength and conviction the gymnastics GOAT displayed when she was accused of doping. Also, the incident revealed the health condition Simone suffered from childhood.

Simone Biles was not ashamed of it

Biles was accused of using a medication that gave her an advantage in the 2016 Rio Olympics. Notably, a few Russian hackers broke into the World Anti-Doping Agency’s medical records and exposed her medical records. It came to light that the gymnastics legend was diagnosed with ADHD as a child and uses methylphenidate (Ritalin) to treat her symptoms.

In a press release, the authorities of USA gymnastics confirmed that Biles was approved for a therapeutic-use exception to continue taking the medicine which is supposedly on the WADA Prohibited Drug List. “I have ADHD and I have taken medicine for it since I was a kid.She said. “Having ADHD, and taking medicine for it is nothing to be ashamed of nothing that I’m afraid to let people know.“

Also, Biles reiterated that she believes in clean sport. She has always followed the rules and will continue to do so as fair play is critical to sport. It is very important to here.

No shame in the ADHD game

Michelle Carter, an Olympic gold medalist in the shot put, and Michael Phelps, a swimming icon, are the other two Olympic gold medalists with ADHD. Dr. Jennifer Ashton, a medical contributor, said that the medication would not have given the Olympic athlete an edge in the competition. Also, she emphasized that it is better to understand and accept ADHD.

“There is no shame in the ADHD game,she said. She also explained that if one had high blood pressure, it would be treated. Similarly, the more we talked about ADHD as a medical condition, the less stigma it would have. Besides, the feeling of embarrassment and shame a lot of people suffer has to stop.

WATCH THIS STORY: Unearthed Image of Simone Biles Being Hilariously Bullied by Her Siblings