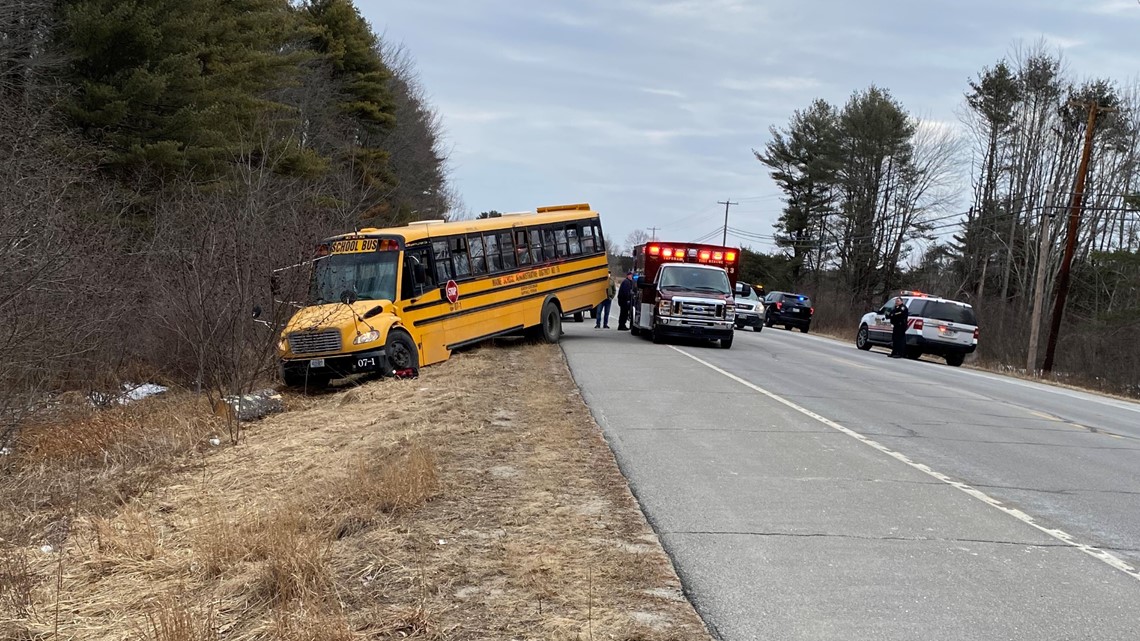 After the 77-year-old bus driver suffered a medical event, students stopped the bus and called for help.

TOPSHAM, Maine – The driver who experienced a medical event while driving a school bus in Topsham has died, according to an email from MSAD 75 superintendent Bob Lucy.

School officials said Arthur McDougall, 77, of Lisbon was the one behind the wheel of the bus on Route 201 Monday morning.

“We offer our deepest condolences to Arthur’s family, friends, and colleagues,” Lucy wrote. “This is very difficult news to share and process.”

Lucy told parents counselors would be available to students in schools across the district in the coming days.

A group of students safely stopped a school bus in Topsham on Monday morning after the bus driver suffered a medical event and lost control of the vehicle.

The bus driver reportedly lost control of the bus as it headed toward Mount Ararat Middle School and Mount Ararat High School on US Route 201 in Topsham around 7:30 am, Topsham Police Chief Marc Hagan said.

“One kid steered the bus and pulled the emergency brake, one called 911, and some of the kids got off the bus to try to stop other cars,” Hagan said.

One of 14 students on the bus started CPR on the driver.

A Topsham police officer used a defibrillator when he arrived, then firefighters took the man by ambulance to Mid Coast Hospital. LifeFlight of Maine later took him to Maine Medical Center.

His condition was not immediately available.

None of the students were injured, and the bus itself was not damaged. Other buses took the students to school, Hagan said.

“It’s great that they stood up and went into action,” Hagan said. “I do not know how many lives they may have saved.”