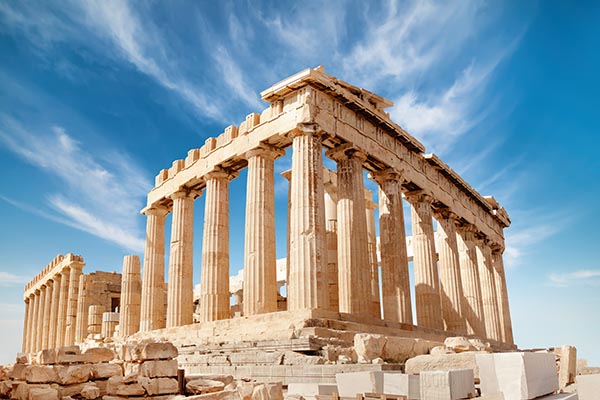 Will Andrews ’24, a biomedical science and chemistry double major from Chester, Virginia, was one of only 16 undergraduates nationwide selected to participate in Tragos Quest to Greece, a 10-day study abroad experience sponsored by Sigma Phi Epsilon.

Andrews, a Westover Honors Fellow, is president of the University of Lynchburg’s Virginia Omicron chapter of Sigma Phi Epsilon. He also is the first Lynchburg student ever to be selected for this trip. He and the other Tragos Quest Scholars will travel to Greece free of charge in June.

Tragos Quest to Greece has been described as an “unprecedented and unmatched” study abroad experience for fraternity members. According to the fraternity’s website, participants travel to Athens, Delphi, Mycenae, and other historic sites where they “explore the foundations of the fraternal world, experience SigEp’s ritual in a new light, and study the philosophies of Socrates and Aristotle, while walking the same streets where those great minds taught. ”

Andrews, who has never been to Greece before, was one of hundreds of Sigma Phi Epsilon brothers to apply for the trip. The application process was “strenuous,” he said, and involved writing more than a dozen essays.

In one of the essays, he wrote that visiting Greece has been a goal of his, along with going to medical school, where he plans to study emergency medicine. Between graduating from Lynchburg and starting medical school, Andrews said he planned to take a year off to travel. One of the countries on the itinerary is Greece.

Now, Andrews can check that box a little sooner. “I’m just in shock that I even got picked because of how selective it was,” he said. “But I’m obviously super excited and can not wait to see what it brings me. A lot of people say it’s life-changing, that you see perspectives differently, see things differently. I’m excited to see what it does for me and see what it’s all about. ”