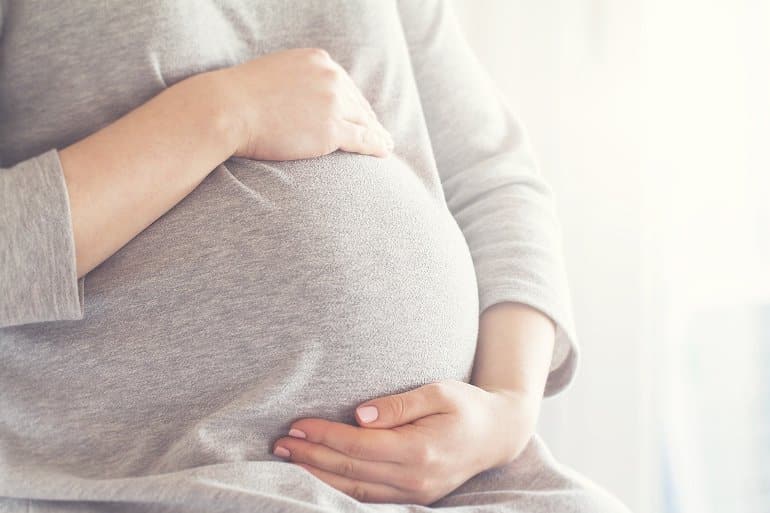 Summary: Stress, anxiety, and depression during pregnancy were associated with altered key features in fetal brain development, resulting in decreased cognitive offspring in a child at 18 months of age.

These changes also increased internalizing and dysregulation behaviors, according to a new study by Children’s National Hospital published in JAMA Network Open. Researchers followed a cohort of 97 pregnant women and their babies.

The findings further suggest that persistent psychological distress after the baby is born may influence the parent-child interaction and infant self-regulation.

This is the first study to shed light on an important link between altered in-utero fetal brain development and the long-term cognitive development consequences for fetuses exposed to high levels of toxic stress during pregnancy.

While in the womb, the researchers observed changes in the sulcal depth and left hippocampal volume, which could explain the neurodevelopment issues seen after birth.

Once they grow into toddlers, these children may experience persistent social-emotional problems and have difficulty establishing positive relationships with others, including their mothers. To further confirm this, future studies with a larger sample size that reflect more regions and populations are needed.

“By identifying the pregnant women with elevated levels of psychological distress, clinicians could recognize those babies who are at risk for later neurodevelopmental impairment and might benefit from early, targeted interventions,” said Catherine Limperopoulos, Ph.D., chief and director of the Developing Brain Institute at Children’s National and senior author of the study.

Regardless of their socioeconomic status, about one of every four pregnant women suffers from stress-related symptoms, the most common pregnancy complication. The relationship between altered fetal brain development, prenatal maternal psychological distress and long-term neurodevelopmental outcomes remain unknown.

All pregnant participants were healthy, most had some level of education and were employed. To quantify prenatal maternal stress, anxiety and depression, the researchers used validated self-reported questionnaires.

This study builds upon previous work from the Developing Brain Institute led by Limperopoulos, which discovered that anxiety in pregnant women appears to affect the brain development of their babies. Her team also found that maternal mental health, even for women with high socioeconomic status, alters the structure and biochemistry of the developing fetal brain. The growing evidence underscores the importance of mental health support for pregnant women.

“We are looking at shifting the health care paradigm and adopting these changes more broadly to better support moms,” said Limperopoulos.

“What’s clear is early interventions could help moms reduce their stress, which can positively impact their symptoms and thereby their baby long after birth.”

About this psychology and neurodevelopment research news