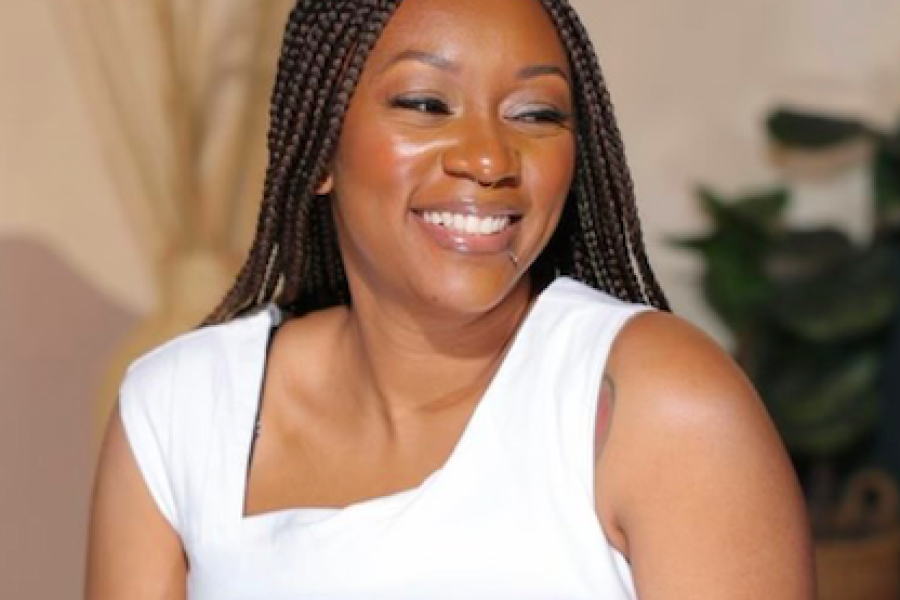 “I was so successful but I was not happy at all.”

Yet, despite joining the team in 2018 and growing alongside the highly successful brand, she said she was not feeling the self-love.

“High functioning depression is real — I had that,” Barnwell shared with Essence.

Her on-and-off therapy journey began in 2007 stemming from a traumatic experience of sexual assault as a child, which dredged up unresolved trauma that showed up in damaging ways later in life.

“I went to a therapist back then that did not work out because of cultural differences, so I turned away from it for a bit,” a decision she says she came to regret years later when her depression came to a head.

“I took the sessions seriously a few years later when I had much better insurance and was able to control the therapist selection process a lot more – the therapist I have now has been life-changing.”

This turning point in her life spurned a desire to spread the love, and she decided to create her wellness brand Smile Heaux to raise awareness of mental healthcare in the Black community.

“I would not be where I am if I did not prioritize my mindset first,” she said.

The pithy name of the brand came from something her friends and family would say to one another in an effort to lift spirits.

“We all have great senses of humor and often say things to one another in jest, just to get a laugh,” she explained. “So, if one of us is tired or sad, we’ll say ‘smile, he,’ and that’ll instantly get a laugh.”

Smile Heaux currently offers branded apparel, to which proceeds will go toward funding mental health resources for underserved communities that need them most.

“My plan is to sponsor therapy sessions for anyone that wishes to get help but can not afford it because I know how much of a turning point that can be. I just want to help people smile. ”