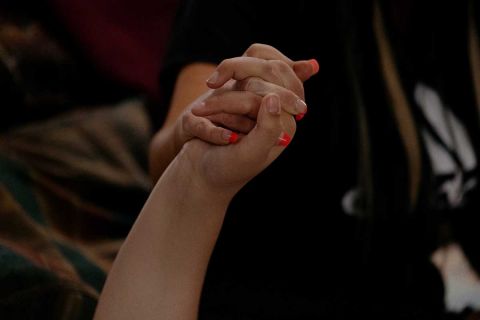 The pandemic’s toll has been particularly hard on children. Michigan’s 334 child psychiatric beds have often been filled with young people. And, as Bridge Michigan recently reported, children and teens in crisis routinely had to wait days or even weeks for specialized care, overwhelming hospital emergency rooms and leaving families with little help.

Under the Republican-sponsored bills, a newer, integrated model of care overseen by insurance companies or a similar entity would assign a person a single care coordinator, a single list of providers, and a single 1-800 phone number they can call when they need either physical or mental-health care, Kendall, the head of Meridian, said.

“All that consolidation at the end of the day means one entity is accountable for all those services. Managed care does that today and is prepared to do that in the future, ”he said.

Allowing insurers, rather than the public PIHP system, to manage costs will allow insurers to find cost-savings for taxpayers, simplify the system for consumers, and provide better, long-term care for those in need of mental health services, supporters have said .

But the Michigan Association of Counties and groups that advocate for people with mental health and disabilities argued Tuesday that shifting the state’s largely public mental-health system to private insurers builds profits for health insurers while stripping the $ 3.6 billion system of public accountability.

“They see this as really shifting away from that public oversight of their county taxpayer dollars, so there’s a lot of concern when it comes to just that private financial administration of it,” said Meghann Keit-Corrion, government affairs associate for the MAC, which represents the state’s county commissioners.

Kevin Fischer, executive director of the National Alliance on Mental Illness Michigan, echoed the concerns, noting for instance that private insurers are not subject to the state’s Freedom of Information Act or Open Meetings Acts, as are county-based community mental-health programs.

Other critics of the Republican measures argue that health insurers focus on medical care, but not on the kind of wrap-around services needed to keep people with mental-health issues secure and stable.

Flowers urged lawmakers to collaborate on improving the current system “without unraveling what is already serving our over 300,000 Michigan residents.

Tuesday’s hearing was the second on the topic. The bills were introduced a week earlier, when the former head of Michigan’s state health department, Jim Haveman, threw his support behind the GOP plan.

Haveman described a fragmented and bifurcated public-private state mental health system that leaves families lost and often without the care they need.

You can not maintain a system that’s patchwork… You need a system of care that’s actuarially sound and provides access for people who come to that door when they need the services, and one entity is responsible for not only the financing, the treatment, the case management, and follow-up, and it’s accountable, ”he said. “That is not currently in place in the state.”

Hearings will continue on the bills in committee, which may then send it to the full Senate floor for a vote. Shirkey has repeatedly made it clear that he intends to collect more input before the bills are finalized.