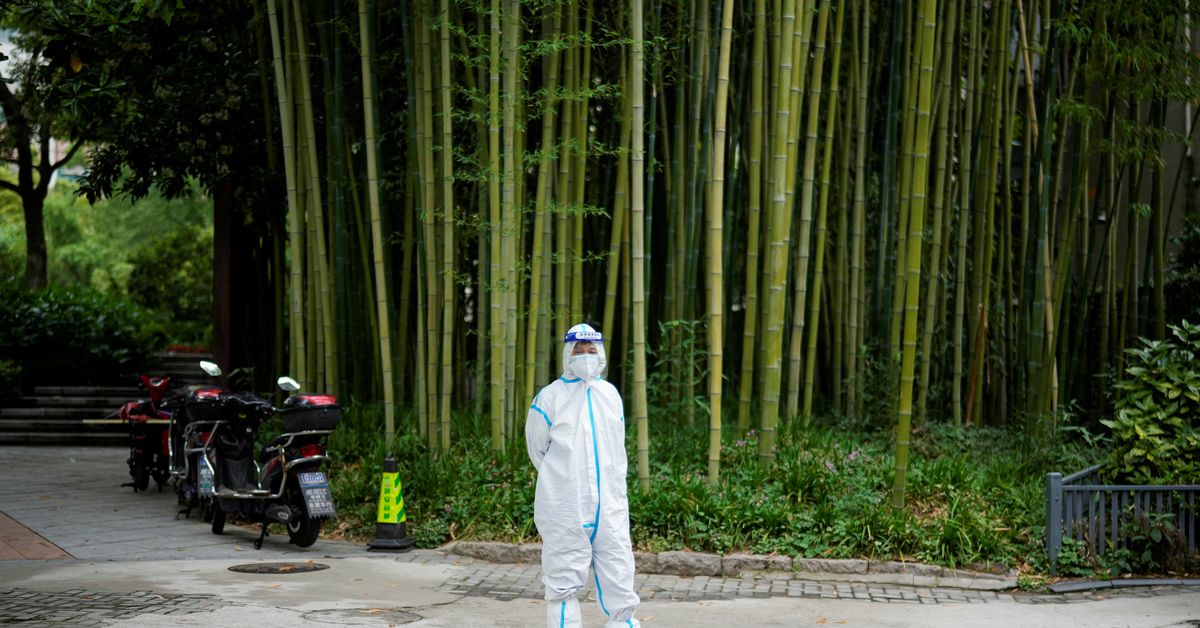 BEIJING, May 26 (Reuters) – Pandemic-hit Shanghai, China’s financial hub, unveiled more post-lockdown plans on Thursday as it moves towards a return to normalcy, but a country-wide economic recovery is still a distance away, heightening a sense of urgency for more support.

Shanghai, set to officially emerge from a lockdown on June 1, has been cautiously easing COVID-19 curbs, allowing more of its population to venture out and putting more cars and vehicles back on its once busy streets.

Officials in the city said on Thursday that students in junior and senior high school can return to offline classes from June 6, following word earlier in the week that shopping malls and department stores will be allowed to reopen, although in batches, from June 1.

The city of 25 million people reported on Thursday that it had 338 new locally transmitted infections for May 25, the lowest since mid-March and a far cry from tens of thousands at the peak of its outbreak in April.

China’s biggest city by economic output has suffered due to the lockdown imposed in early April. Other cities not under lockdown but still hit by stringent COVID measures, including the capital Beijing, have also struggled to keep their local economies upright.

Offering a grim view of the world’s second-biggest economy, Premier Li Keqiang said on Wednesday that economic difficulties in some aspects were even bigger than in 2020 when the country was first hit by the COVID-19 outbreak.

Many private-sector economists expect gross domestic product to contract in April-June from a year earlier versus the first quarter’s 4.8% growth.

China will strive to achieve “reasonable” GDP growth in the second quarter, Li told thousands of government officials across China in an online conference.

“While there are not many new measures being announced from this conference, the nature and scale of this conference is quite unusual,” Goldman Sachs wrote in a note.

“Chinese policymakers are in greater urgency to support the economy after the very weak activity growth in April, anemic recovery month-to-date in May, and continued increases in unemployment rates.”

The central bank said on Thursday it would promote more credit for smaller firms and urged financial institutions to prioritize lending to central and western regions, as well as areas and sectors hammered by COVID outbreaks.

The finance ministry also said on Thursday it would offer subsidies to Chinese airlines from May 21 to July 20 to help them weather the coronavirus-induced downturn and higher oil prices.

Offering a glimmer of hope, the China Passenger Car Association said on Thursday that national vehicle sales rose 34% in the first three weeks of May compared to the corresponding period in April. read more

But, with measures to control COVID outbreaks depressing incomes, the sales volume was 16% still lower than 12 months earlier, the industry association cautioned.

Road freight transportation and express delivery from distribution centers last week were both stronger than a month earlier but still down sharply on year, Nomura Global Economics said.

“As long as China does not relax its COVID policy, any other policy measures are of little value right now,” said an automotive fastener factory owner surnamed Zheng in the eastern province of Zhejiang.

“Everybody has little confidence or enthusiasm to invest now.”