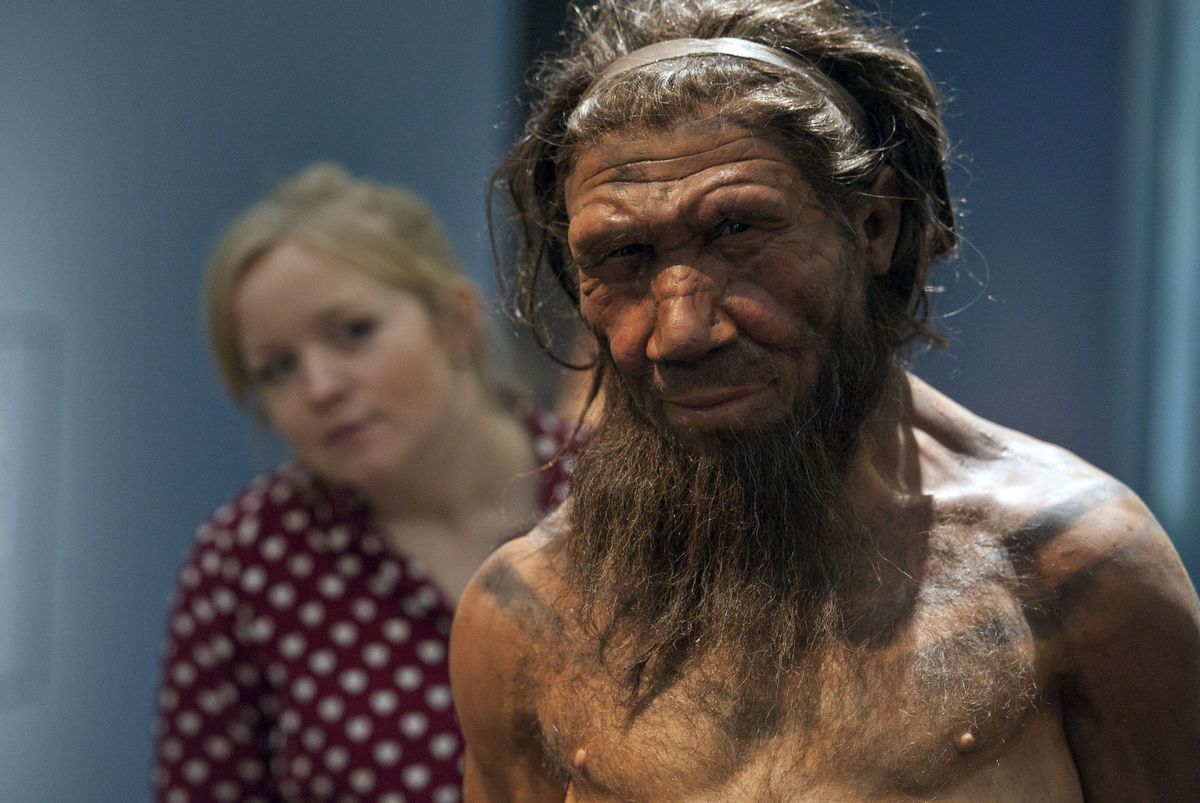 We have a tendency to think of human evolution as a story of linear progress, as if it were a succession of ever-improving smartphone updates. The genetic variants that allow living things to better adapt to a changing environment arise after taking advantage of errors that occur when DNA replicates to stay alive. Most of these errors disappear, but some are beneficial and make it easier for those who experience them to survive and reproduce. Other mutations persist because they cause no particular harm, and remain hidden in the genome, passed down from generation to generation until a change in the environment means they become a risk – or a new advantage.

In our species, some of these changes have come from ancestors we did not consider our forebears until recently. In 2006, Bruce Lahn of the University of Chicago discovered that the microcephalin gene, which causes babies’ brains to grow to a much smaller size, had appeared in our genome 40,000 years ago. The timing and characteristics led the researcher to believe the source must be DNA of Neanderthal origin, transferred into our genes when some Homo sapiens reproduced with members of the now disappeared species. The reviewers of the most prestigious scientific journals rejected the publication of Lahn’s findings, declaring a cross between these two species “impossible,” he told EL PAÍS. A few years later, the publication of the complete Neanderthal genome sequence confirmed that this had happened on many occasions.

The Proceedings of the National Academy of Sciences (PNAS) has just published a paper where the importance of Neanderthal genetic inheritance is further reinforced. Author Hugo Zeberg found that a chromosome known to pose a strong risk factor for suffering severe Covid-19 also offered greater protection to carriers against HIV. Previous studies by Zeberg and colleague Svante Pääbo, who sequenced the Neanderthal genome, found that this mutation of chromosome 3 was introduced between 50,000 and 70,000 years ago due to interbreeding with Neanderthals. The gene also proliferated at a higher rate than most Neanderthal-inherited variants, and was observed in around 16% of the European population and 50% of South Asians, compared with the 4% of Neanderthal inherited genes scientists usually expect among humans.

Zeberg wondered whether the increase was due to some protective effect of this Neanderthal inheritance, and subsequently found that people carrying the harmful variant for Covid-19 have a 27% lower risk of contracting HIV. Zeberg believes that the same double-edged sword of a variant may have also protected against smallpox, a pathogen that appeared more than 10,000 years ago. This would account for its continued proliferation before HIV or Covid-19 were ever on the scene, and the emergence of smallpox or some other threat may have caused the neutral variant to turn our Neanderthal inheritance into an evolutionary advantage.

Cristian Cañestro, leader of the Evolution and Development research group at the University of Barcelona

Cristian Cañestro, leader of the Evolution and Development research group at the University of Barcelona, ​​says that evolution is always a question of balance. In the case of CCR5, one of the genes associated with serious Covid-19 cases, the mutated genetic variant has been seen to “reduce the probability of being infected by HIV and this could have protected against other infections in the past,” he notes. “It is possible that this mutation also offered some disadvantages because the protein does not perform its function well, but if it gives you a better chance of surviving a deadly virus, you are going to have an advantage over the rest of the population,” he adds.

Cañestro invokes evolutionary biologist Stephen Jay Gould when recalling the role of chance in our evolution. “We can have the best fish in the world, the most gifted fish, but if it’s in a pond that for whatever reason dries up, the fish will not survive and will not pass on its genes,” he says. “In the end, survival depends on the advantages offered by some genetic variants, but also on many random events,” he concludes.

Our Neanderthal heredity offers more examples of how a beneficial mutation in one circumstance may be disadvantageous in another scenario. A study published in the journal Science in 2016 showed how a Neanderthal gene made blood thicker and therefore able to clot more quickly. For humans without doctors to stitch up wounds from a bad fall or a skirmish with a wild animal, rapid clotting was a distinct advantage. For modern-day human beings with lifestyles that encourage heart disease, this same genetic variant is a health hazard.

This ambivalence must also be taken into account when evaluating the possibility of modifying embryos with the intention of creating improved human beings. Twin girls were born in China in 2018, who had had their CCR5 gene edited to inactivate it. Asked about the possibility that the girls might have an increased risk of severe Covid-19, Zeberg argues that unexpected consequences should make us “stay humble about our understanding of the genome and genetic variants.”