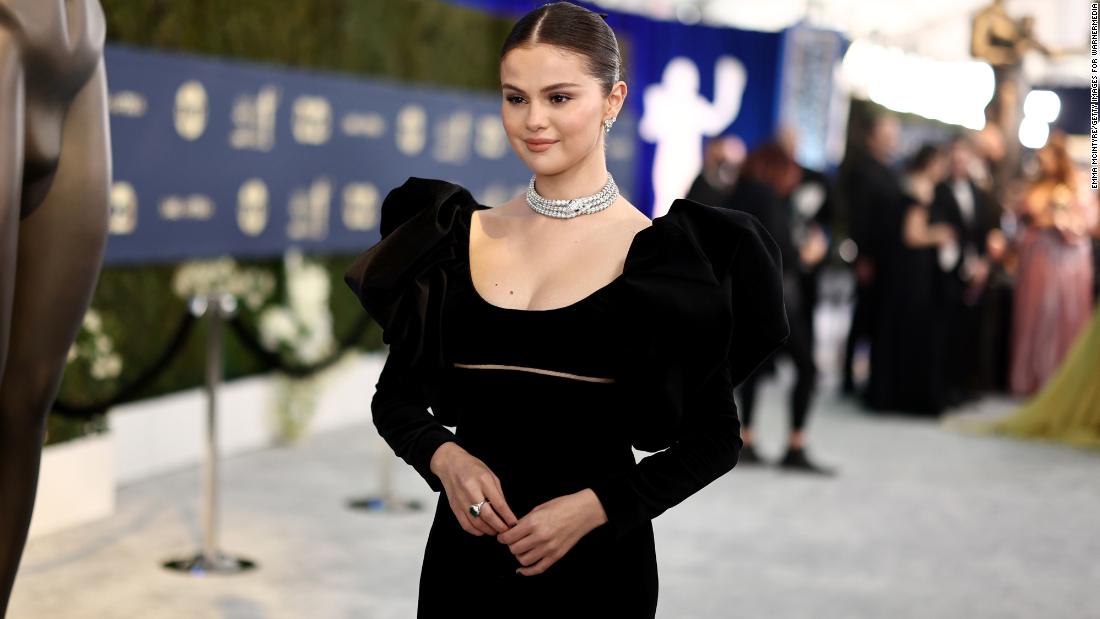 “I do not take my platform lightly. I’m not perfect, I’m human. I have things that I walk through. That’s why I feel like people like me, hopefully, can be the other side of the voice and say … I do not have it all put together, I have had to work through this. I’ve tried everything to escape this feeling, “Gomez said in the White House videoshared first with CNN.

Biden thanked Gomez for all she was doing “to lift the burden off of people who have problems with their mental health, who feel lost, not sure what to do, and sometimes they’re ashamed to acknowledge they have anything that’s bothering them. But mental health is health. ”

The President told Gomez, “People look at you and say, look at this talented person. And she’s telling me she had a problem? Oh well, I guess it’s okay – okay to ask for help.”

A White House official described the conversation on the patio of the Oval Office as “candid and intimate.”

Gomez has been an outspoken advocate for mental health and has publicly discussed her own challenges with bipolar disorder. She helped launch Wonderminda mental health platform focused on connecting people with educational resources and ending the stigma around mental illnesses, earlier this year.
She recently announced during an appearance on ABC’s “Good Morning America” ​​that she had not been on the internet for more than four years, which she credited with making her “happier” and “more present.”
Mental health has become a key priority for the Biden administration, part of its bipartisan “unity agenda,” and has taken on new urgency this week following a mass shooting at an elementary school in Uvalde, Texas.

Biden called on the US to “take on mental health” during his State of the Union address earlier this year, taking particular aim at the “harms of social media” on children.

“Let’s get all Americans the mental health services they need. More people they can turn to for help, and full parity between physical and mental health care,” he said at the time.

Biden told Gomez his administration is “focused on working on mental health and making it accessible to people.”

The Biden White House has worked with multiple celebrities to raise awareness on key issues. Pop star Olivia Rodrigo met with the President and attended a press briefing aimed at boosting youth Covid vaccinations last year. And K-pop supergroup BTS will join Biden at the White House next week for a conversation on combating Asian-American and Pacific Islander discrimination.