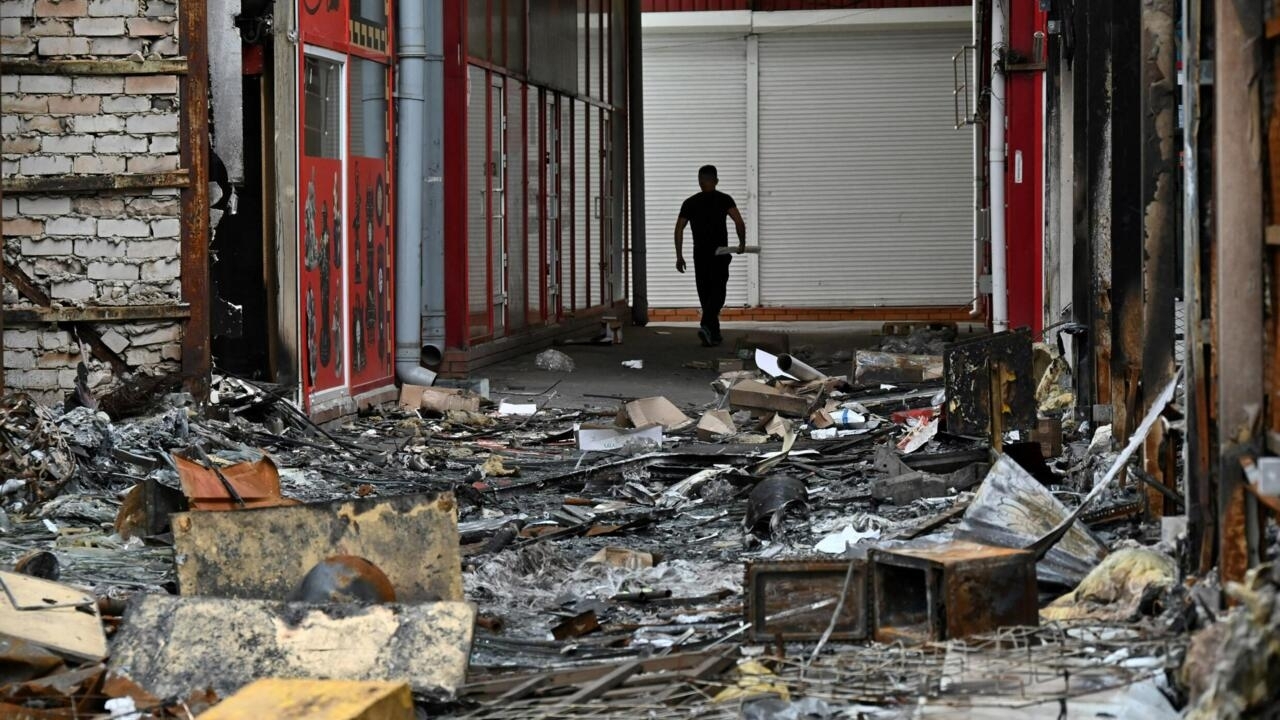 “The situation in Donbas is extremely difficult,” Ukrainian President Volodymyr Zelensky said in his nightly address. The war in Ukraine looms large as the World Health Organization opens its main annual assembly Sunday, threatening to overshadow efforts on other health crises and a reform push aimed at preventing future pandemics. Follow FRANCE 24’s live blog for all the latest developments. All times are Paris time (GMT + 2).

8:56 am: ‘Nothing left’: Mariupol picks up pieces after ferocious fighting

The carcasses of charred buildings stand amid the lush greenery in what remains of the once bustling Ukrainian port city of Mariupol.

After weeks of siege and strikes much of the city on the coast of the Sea of ​​Azov has been reduced to a wasteland.

As the last Ukrainian troops in the town surrendered to the Russians at the bombed-out Azovstal steel plant, passers-by mourned their fate.

Angela Kopytsa, a 52-year-old with bleached hair, said she saw no future for herself in Mariupol.

“There is no work, no food, no water,” she said, adding that both her home and life had been “destroyed.”

The city has lived without electricity since early March.

Kopytsa breaks into tears as she recounts how during the hostilities she had to share morsels of food with her children and grandson and how “children at maternity wards were dying of hunger”.

“What future?” she said in Russian. “I have no hope for anything.”

Three months of fighting in Mariupol have sent hundreds of thousands of people running for their lives and caused untold suffering and death.

Russia has pledged to rebuild the southeastern city and turn it into a seaside resort.

7:17 am: Russia intensifies an offensive in the eastern Donbas region

After ending weeks of resistance by the last Ukrainian fighters in the strategic southeastern city of Mariupol, Russia is waging what appears to be a major offensive in Luhansk, one of two provinces in Donbas.

Russian-backed separatists already controlled swathes of territory in Luhansk and the neighboring Donetsk province before the February 24 invasion, but Moscow wants to seize the last remaining Ukrainian-held territory in Donbas.

3:45 am: Ukraine war, pandemic push to color WHO international meeting

The Ukraine war looms large as the World Health Organization opens its main annual assembly Sunday, threatening to overshadow efforts on other health crises and a reform push aimed at preventing future pandemics.

The UN health agency will kick off its 75th World Health Assembly Sunday afternoon, convening its 194 member states for their first largely in-person gathering since Covid-19 surfaced in late 2019.

The agenda will remain focused on the continuing coronavirus crisis and efforts to avert future pandemics.

But the war raging in Ukraine and rebukes of Russia for its invasion are expected to take center stage.

Kyiv and its allies will present a resolution during the assembly harshly condemning Russia’s invasion, and especially its more than 200 attacks on healthcare, including hospitals and ambulances, in Ukraine.

It is also to voice alarm at the “health emergency in Ukraine”, and highlight the dire impacts beyond its borders, including how disrupted grain exports are deepening a global food security crisis.

10:07 pm: Ukraine rules out ceasefire or concessions to Russia

Ukraine on Saturday ruled out agreeing to a ceasefire with Russia and said Kyiv would not accept any deal with Moscow that involved ceding territory.

Acknowledging that Kyiv’s stance on the war was becoming more uncompromising, presidential adviser Mykhailo Podolyak said making concessions would backfire on Ukraine because Russia would hit back harder after any break in fighting.

Zelensky tweeted that he had also thanked Draghi for his “unconditional support” of Ukraine’s bid to become a member of the European Union.

Had a phone conversation with #MarioDraghi at his initiative. Talked about defensive cooperation, the need to accelerate the 6th package of sanctions and unblock Ukrainian ports. Thanked for the unconditional support for Ukraine on the path to the #EU.