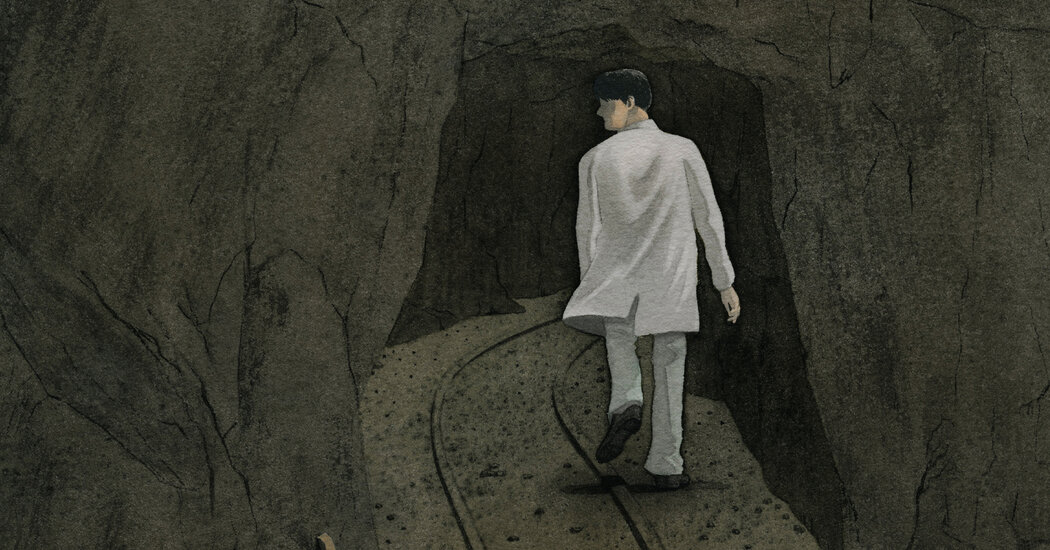 “How can you claim to know the taste of watermelon when you have only licked the rind?” So reads the Korean proverb that provides the epigraph to Marie Myung-Ok Lee’s 2005 novel, “Somebody’s Daughter.” It could also be the withering self-diagnosis of the main character in her latest, “The Evening Hero.” Yungman Kwak is a newly retired, non-newly recalcitrant obstetrician living in the remote and Trump-admiring town of Horse’s Breath, Minn., Where previous waves of Scandinavian immigrants are unwelcoming to newer arrivals.

Brutalized by cultural genocide, first by the Japanese empire and then by American napalm, Yungman comes from a small village that finds itself on the northern side of an American-drawn line. In the Air Force base where he becomes a “houseboy,” he is given the nickname Hong Kil-dong, the Korean Robin Hood, a curiously rakish nickname for someone so quiet, precise, observant. He only later realizes it is merely a place-holder, the equivalent of John Doe, for all men on official Korean documents.

Lee, a fiction professor and founder of the Asian American Writers’ Workshop, has written a novel about the quiet humanity of sacrifice. Yungman owes his life in America to many: his communist-leaning mother, who damns herself to save her two sons; his gangster brother, who pays Yungman’s way through medical school; his wife, Young-ae, who was cleverer than he was in medical school but has not practiced since her unplanned pregnancy. From the outside, Yungman and Young-ae – parents to a “Korean-ish” adult son, Einstein – seem to be “so intensely connected that their communication had taken on a form beyond spoken language.”

The Kwaks live on the very earth that was mined for the ore that built the warplanes and battleships that in turn bombed 99 percent of his birth country during the Korean War, and killed at least three million of his countrymen. He avoids all Korean-ness, so much so that a stray “Koreanism intruded on their gathering like a pile of kimchi dumped on the mashed potatoes.” Einstein’s white wife, Marni, says the word kimchi “with a moderate level of distress,” and forbids their son, Reggie, from speaking even a word of Korean. That Reggie has heard of the Seoul neighborhood Yungman once lived in leaves the grandfather “astonished”: “‘I know Kangnam,’ Reggie insisted. It was now spelled ‘Gangnam.’ ”No Ivy League-courting performance of Korean Americanness here.