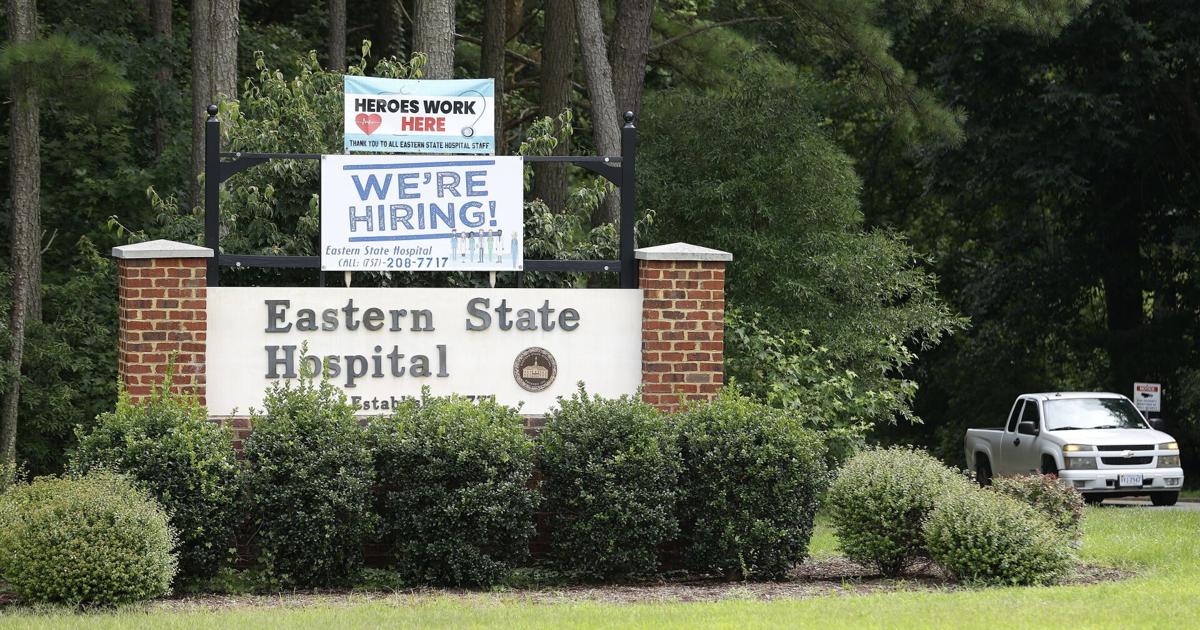 Virginia’s mental health system is suffering a double blow from the resignations of the director of the state’s largest psychiatric hospital and the deputy director of forensic services for people who enter the state system through criminal courts.

State officials confirmed that Brandie French will step down as director of Eastern State Hospital near Williamsburg on June 1 and Christine Schein on Wednesday served her last day as deputy director for forensic services at the Department of Behavioral Health and Developmental Services.

The state gave no explanation for the departures, but the timing is not good for Virginia’s oldest public mental hospital, which also has the highest percentage of forensic patients of any facility in the state behavioral health system.

“We had a serious exodus of folks in the last administration [of then-Gov. Ralph Northam]”said Sen. Monty Mason, D-Williamsburg, who serves on the Virginia Behavioral Health Commission.” For that to continue, you have a lot of people with a lot of history associated with what we’re doing who are no longer there . “

The resignations come a just over a month after two patients, both felons, escaped from Eastern State. Law enforcement agencies apprehended the two escapees – one in Chesapeake on Easter Sunday, the day after the escape, and the other in Norfolk four days later. Authorities said he had a firearm.

Virginia’s behavioral health facilities have been struggling with overcrowding and understaffing, as well as a backup in the evaluation of patients to determine whether they are mentally competent to stand trial on criminal charges or, if not, to restore their competence so they can.

Many of those patients are there on misdemeanor charges for minor offenses, but languish in the hospital until their competence can be evaluated and, if necessary, restored.

“There’s got to be a better way than sending people with misdemeanor crimes to be restored so they can be tried for them,” said Mason, who hopes the Senate prevails in budget negotiations that could produce an agreement this week that the General Assembly can consider in special session on June 1.

The Senate budget includes money for an amendment he sponsored to boost the fee for competency evaluations from $ 750 to $ 1,200 to encourage more qualified professionals to perform them.

French had been CEO and director of Eastern State for more than two years, dating back to the beginning of the COVID-19 pandemic that killed 26 patients and two staff at state facilities, but none at the hospital in James City County. Previously she had worked as chief operating officer at Piedmont Geriatric Hospital, a state institution in Nottoway County for elderly patients with behavioral health problems.

She will be replaced as facility director on an interim basis by William “Dewey” Jennings, who is currently assistant director of administration and has more than 25 years of experience in state government.

Schein has worked in the job for almost five years, with previous experience at Henrico Area Mental Health & Developmental Services and St. Joseph’s Villa in Henrico.

She previously served as chief forensic coordinator at Central State Hospital near Petersburg, which operates the only maximum-security forensic unit in the state system.

Eastern State and Central State have the largest percentages of forensic patients in the state system at 85% and 81%, respectively, followed by Southern Virginia Mental Health Institute in Danville at 76% and Western State Hospital in Staunton at 60%.

Mason contends that the state hospitals – including a rebuilt Eastern State – “are not designed for this kind of a patient.”

Yet, he said, most of the patients in the hospitals “are that kind of patient exactly.”