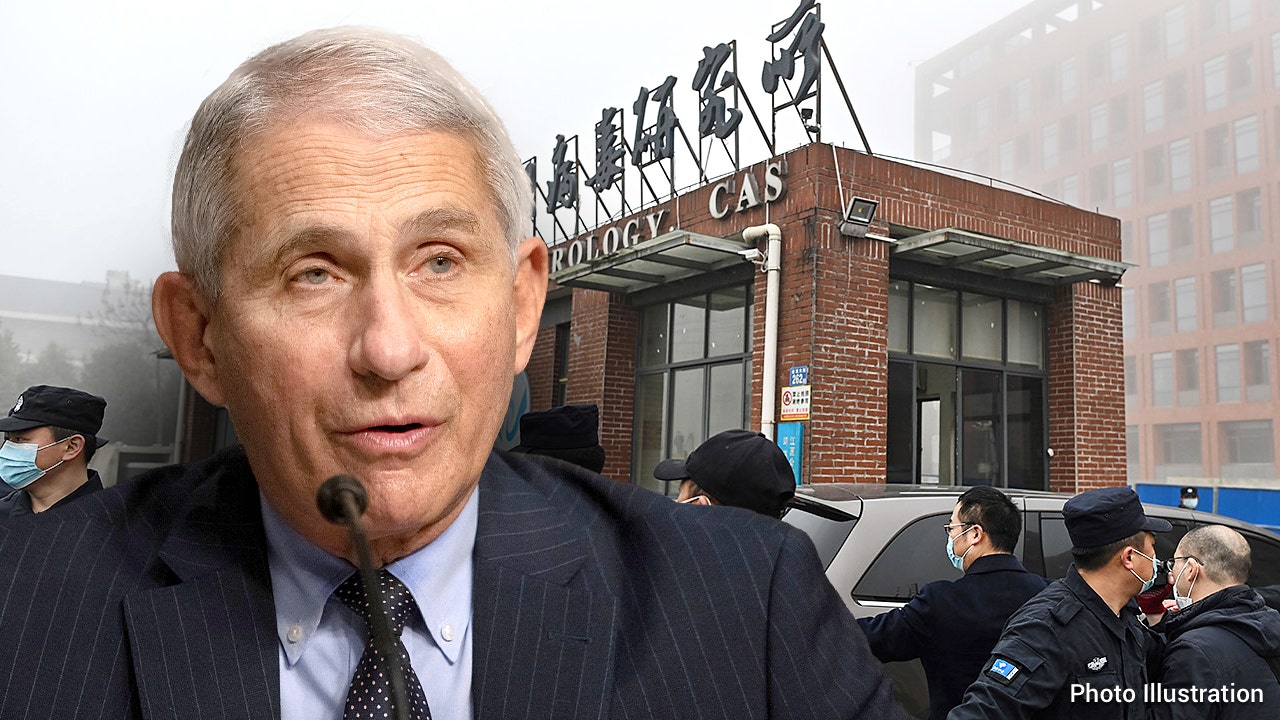 Republicans trying to unearth the origins of COVID-19 say they will launch a full-blown investigation – with the support of subpoena power – into the cause of the global pandemic if the GOP takes control of Congress in January.

For months, Republicans have been calling on Democrats to hold investigative public hearings and to compel testimony from grant agencies to learn more about the research being conducted at the Wuhan Institute of Virology in China – to no avail. But if Congress flips to GOP control during the midterm electionsRepublicans say they are prepared to use all the tools of the majority to find answers.

“For every American who lost a loved one to COVID, every nurse and first responder who worked night and day to fight COVID and keep us safe, and every child who has faced a mental health emergency due to school closures and lockdowns, they deserve answers. ”

There are two competing theories of how COVID-19 started: naturally or through a lab release. Under the natural origin theory, the novel coronavirus, or SARS-CoV-2, would have originated in an animal and traveled to humans either directly or through an intermediate host animal. Another theory is that the virus originated from the Wuhan Institute of Virology, which studies bat coronaviruses and has engaged in risky gain-of-function research, likely through a researcher accidentally getting infected during an experiment and spreading it into the community.

Scientists are not in agreement on the origins of the virus, while the US intelligence community also could not draw conclusions on what started the global pandemic that has killed more than 5.8 million people worldwide.

Knowing the origins could help determine how to prevent future pandemics and also develop public policy to potentially hold China accountable for the global pandemic. And if risky lab research is associated with the creation of the novel coronavirus, then policymakers would have further motivation to regulate or potentially stop federal funding for gain-of-function research and make grantees more accountable.

While China is not cooperating and has denied the lab leak theory, investigators in the US believe they can gain critical information from a New York-based company called EcoHealth Alliance, which received $ 117 million in US taxpayer dollars, and has conducted research with the Wuhan Institute of Virology, according to a Republican House aide.

Specifically, the National Institutes of Health (NIH) awarded nearly $ 600,000 to EcoHealth that was then sub-awarded to the Wuhan Institute of Virology during the 2014-2019 period for bat coronavirus research.

Republicans in the minority have been shooting off a series of letters to NIH, EcoHealth Alliance and the United States Agency for International Development (USAID) demanding answers on what the US government knows on the type of research US taxpayers were funding indirectly at the Wuhan Institute of Virology. Aside from FOIA results and third-party lawsuits, Republicans have been unable to shake loose many responses. A GOP committee aide said the government agencies have not been responsive and EcoHealth Alliance has been stonewalling.

A nurse at a drive-up COVID-19 coronavirus testing station set up at the University of Washington Medical Center exits a tent while holding a bag containing a swab used to take a sample from the nose of a person in their car, Friday, March 13, 2020, in Seattle.
(AP Photo / Ted S. Warren)

If Republicans take back control of Congress they would have the power to set the agenda, hold hearings and issue subpoenas. There’s a scenario where NIH and EcoHealth Alliance would have to turn over documents and respond to letters that Republicans say have gone ignored. Republicans could also compel EcoHealth Alliance leader Peter Daszak, who has strongly pushed the natural origin theoryto testify before Congress and provide information to the American people, a Republican aide on the Energy and Commerce Committee told Fox News Digital.

Regardless of whether the pandemic originated in the lab, Republicans say there needs to be more transparency on what kind of research US taxpayer dollars have been funding.

Gain-of-function research involves extracting viruses from animals to artificially engineer in a laboratory to make them more transmissible and deadly to humans. The purpose of such research is to allow scientists to get ahead of the curve in developing treatments for certain infectious diseases.

But such research is controversial – and was subject to a US funding moratorium in 2014 under the Obama administration – over concerns the risks of creating more dangerous pathogens outweighed the benefit to prepare for future outbreaks. The federal funding ban was lifted in 2017 with new guidelines.

Kentucky Rep. James Comer, the top Republican on the House Oversight Committee, said despite the Democrats’ refusal to investigate the origins, Republicans have been still able to uncover important information, such as how Dr. Anthony Faucidirector of the National Institute of Allergy and Infectious Diseases and the White House’s top medical adviser, was aware that NIH was funding the Wuhan lab for risky experimental research on bat coronaviruses and how Fauci “may have acted to conceal the information and intentionally downplay the lab leak theory. “

“When Republicans are in power in 2023, we will use every tool at our disposal to get answers for the American people and hold accountable those who have shielded the truth,” Comer told Fox News Digital.

For its part, NIH continues to insist that its grant funding to EcoHealth Alliance that was then sub-awarded to the Wuhan Institute of Virology did not meet its definition of “gain of function” research. The NIH has said the research it funded could not have been the genesis of the coronavirus pandemic based on the genetic sequence of the virus.

Peter Daszak and Thea Fischer, members of the World Health Organization (WHO) team tasked with investigating the origins of the coronavirus.
(REUTERS / Thomas Peter)

“NIH wants to set the record straight on NIH-supported research to understand naturally occurring bat coronaviruses at the Wuhan Institute of Virology, funded through a subaward from NIH grantee EcoHealth Alliance,” former NIH Director Francis Collins said in a statement in October. “Analysis of published genomic data and other documents from the grantee demonstrate that the naturally occurring bat coronaviruses studied under the NIH grant are genetically far distant from SARS-CoV-2 and could not possibly have caused the COVID-19 pandemic. Any claims to the contrary are demonstrably false. “

Adding to the concern of congressional investigators are recently disclosed emails between virology experts and Fauci and Collins at the beginning of the pandemic. Scientists initially suggested COVID-19 came from a lab, but Fauci and Collins appear to silence those concerns in the emails.

Critics suspect the leading scientists had a professional interest in not provoking backlash over gain-of-function research and inviting further scrutiny into a possibility that a lab in Wuhan that has received funding from the United States could have engaged in manipulating coronaviruses that sparked a pandemic .

Instead of raising the legitimate concern of a lab-leak origin with the Trump administration – which would carry significant national security and diplomatic ramifications – Fauci and his “international club of virus experts” pressed the natural origin theory and “they covered it up,” DiNanno told Fox News Digital.

“He and Collins did everything they could to bury the truth and to put their thumb on the scale that it was a natural origin. They were concerned of international harmony. Instead of playing public health expert, which was their role, they took on the job of the national security adviser, secretary of state and the president, “said DiNanno, who has spoken out publicly about how State Department officials were warned not to pursue an investigation into COVID-19 origins.

DiNanno has been pressing for Democrats to investigate and hold hearings.

“It seems for whatever reason, the majority party considers the exploration of the origins to be a partisan attack or personal attack against Dr. Fauci. It’s not. People sometimes lose the fact that he is both the president’s coronavirus adviser and a senior official at the NIH, which looks like it was funding dangerous research with the Chinese government, “he said.