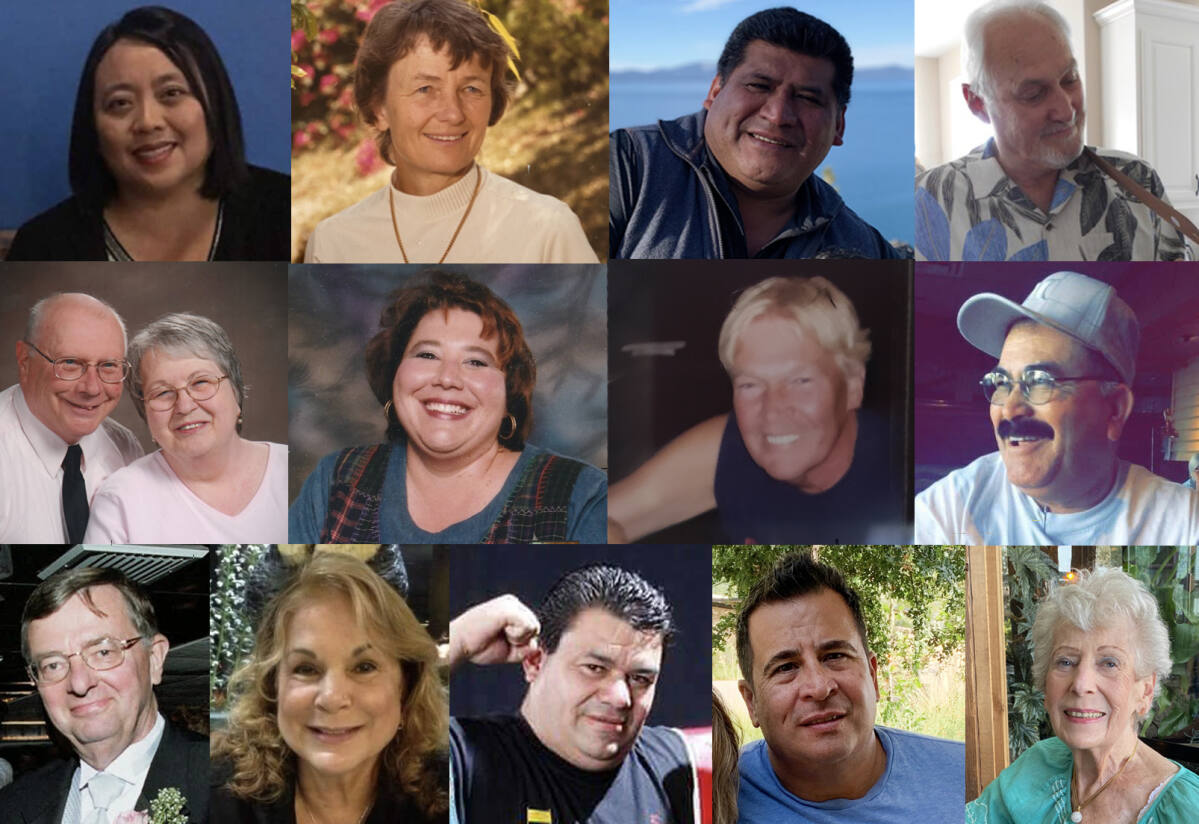 In November 2020, she was diagnosed with breast cancer. Then on December 9, 2020, she had a mastectomy and she was healing well from her surgery when she got COVID-19 in mid-January. She had been at Kaiser Permanente hospital in Santa Rosa for about 2 weeks before she passed.

At first, it seemed like she was getting better, but a few days before she passed, the hospital called and said she had taken a turn for the worse and they were transferring her to the ICU. The doctor called me the next day and told me that the damage that had been done to her lungs was so extensive and irreversible that she would never be able to breathe without life support. Our family was shocked and heartbroken. My mom was 72 years old, but she was one tough cookie. She was often mistaken for being 20 years younger. She left this world with purple hair, long purple fingernails, and her whole entire body covered in vibrant tattoos that told a story of her life and her loved ones. She made friends wherever she went, whether it be the vet’s office, the cell phone store or the grocery store. She was just such a friendly, social and warm person.

She lived in Cotati with her 5 little dogs who were like her children. She was a mother to 4 children, myself, and my brothers Dan, Joe and Terry. She loved her 7 grandchildren beyond measure, and they all enjoyed coming over to “Nona’s” house for weekend sleepovers often.

She will be missed more than I could ever describe.

Danny Rizzo, a big-spirited coach booming commands for situps, pushups or burpees. You have to work hard if you want to be a champion and he trained them at the Danny Rizzo Pro Boxing Gym on Santa Rosa Avenue.

Rizzo died Feb. 22, 2021, at Kaiser Santa Rosa Medical Center after a nearly three-week battle with COVID-19, his family said. He was 47.

Rizzo dreamed about finding a champion to represent Santa Rosa in the ring, but would die before he could fulfill that mission.

He was born in 1973 in Managua, the capital of Nicaragua. His parents were Alberto Rizzo and Jilma Alvarado. The exact details of his childhood vary depending on who is recounting his stories – but boxing is a constant. He started training at around 7 years old, cleaning shoes to earn his place at the gym. One of his heroes was the 1960s Nicaraguan boxing champion Alexis Argüello. Rizzo came to the United States when he was about 12, joining his mother who was already living in San Rafael, according to his first wife, Jackie Alvarado, 46, of Santa Rosa.

“He was very strict. He wanted everything right, and he would correct you, ”Deborah Alvarado, 30, of Santa Rosa said of her father’s coaching style. “He loved to joke around, that’s for sure. That’s what I’m going to miss about him. “

Eduardo “Eddie” Lepe, beloved owner of Lepe’s Taqueria in Santa Rosa, died Aug. 1, 2021, at UCSF Hospital due to complications from the coronavirus at 51.

His many friends and family members remember him as a coach, mentor, jokester and father who loved being around people and providing a gathering place for his friends and large family.

“He just loved talking and being with people. Any baby who would come in, he would want to hold. He just lit up the room every time he walked in, ”Marco Lepe said of the Bennett Valley taqueria his brother operated for 26 years.

Laurel Gurney was my mother. She lived for 91 years, until COVID-19 took her life in January 2022. She got the virus while a resident at a local nursing home.

Born in Boston in September of 1930, she lived in Massachusetts until 1996, when she and my dad moved to Florida. When my dad, Joe, her husband of 60 years, died in 2013 she relocated to Santa Rosa and took up residence in independent living in Vineyard Commons, now known as Solstice Senior Living at Santa Rosa.

She was extremely sociable and was always properly dressed (“a real lady” as one of her fellow residents called her). She was an avid collector and seller of antiques – our house was filled with them! She was a highly skilled bridge player who played weekly for decades, and a poker-loving card shark. She was also an artist who sold many of her watercolor on rice paper paintings. Mom was outspoken, happy to share her opinion whether you wanted it or not! Most of all, she was a caring, loving person, a great mom and a true friend. She had many, many friends; all them and her family miss her very much.