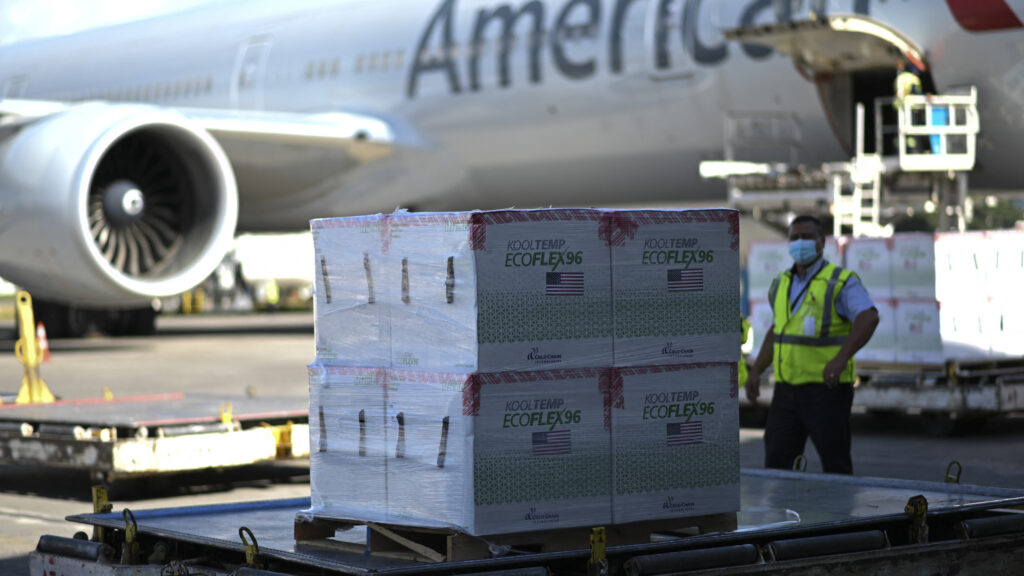 What could go wrong when pharmaceutical company shareholders and investors shape the public health response to Covid-19?

Everything, of course, including perpetuating the pandemic with immense avoidable suffering and death. And that’s exactly what happened last week at the annual shareholder meetings of Moderna, Pfizer, and Johnson & Johnson.

Tedros Adhanom Ghebreyesus, the director-general of the World Health Organization, took the unprecedented step of supporting a shareholder resolution put forward by Oxfam to compel companies to share the know-how and technology underlying Covid-19 vaccines and allow manufacturers in low- and middle-income countries to supply their communities with vaccines, which would help reverse ongoing vaccine inequities. Speaking to Modern shareholders in a pre-recorded statementTedros pleaded for urgent action to “save lives, decrease the risk of variants, and reduce the pandemic’s economic toll.”

The companies’ shareholders decided they knew better than one of the world’s top public health officials about how to tackle the continuing pandemic, which has claimed more than 6 million lives so far, and the toll continues to mount. Pharma executives and shareholders argued that their companies are now producing enough doses to vaccinate the world, and that what I and others call “vaccine inequity” is instead a problem of so-called last-mile logistics.

That argument is akin to maintaining that the solution to famines is for global companies to increase food production. Famines, like vaccine inequity, are caused by unequal distribution related to power dynamics and monopoly control over production and distribution.

Ultimately though, while activists and even well-meaning environmental, social and governance investors may try to sway shareholders to do the right thing for public health, the key issue is that pharmaceutical companies and their investors should not be the ones having the power to decide on public health issues. Fund managers, institutional investors, bankers, and most individual shareholders know little about public health or controlling epidemic outbreaks.

Yet even if the resolutions that would require companies to consider sharing their vaccine technology were able to garner significant supportthe majority of shareholders voted against them, unmoved by Tedros and the many health advocates that stood outside company offices to demand putting people’s lives before profits. While this outcome was hardly surprising, the significance of this decision in terms of global health governance can not be overstated. It painfully shows, once again, how financial interests pursued by private companies, investors, asset managers, and speculators eclipse decision-making informed by public health experts, even during the biggest global health crisis of our lifetime.

Let that sink in for a moment.

Financialization, a growing trend in the global economy that refers to creating value from purely financial transactions independent of the production of goods and services in the so-called real economy, has also captured vital areas like health. Today’s biotech and pharmaceutical sector, on which we have come to rely for lifesaving medical technologies like vaccines and medicines, is increasingly run by bankers, fund and asset managers, and speculators – not doctors or scientists. They pursue opportunities for monetary return and shareholder value with little consideration of their impacts on health.

Despite a meticulously crafted public image of caring about health, improving health outcomes, or protecting public health, these are not part of pharma CEOs’ performance indicators. In fact, there are numerous examples showing how prioritizing financial interest is at odds with, or even detrimental to, public health.

In addition to keeping monopolies on Covid-19 vaccines and treatments – even if that undermines pandemic control – this includes charging exorbitant prices that preclude many from accessing lifesaving medicines such as HIV spirit hepatitis C drugs, insulin, cancer treatmentsand therapies for rare diseases; or overmarketing potentially harmful medications such as opioids and certain mental health medicines. Meanwhile, pharmaceutical companies use their higher-than-market-average profits to pay out generous dividends and buy back their own stocks to further enrich shareholders, instead of investing in R&D for important unmet health needs, such as neglected diseases or antimicrobial resistance.

Recent years have seen the growth of a highly lucrative early-stage medical R&D financial marketplace around biotech and startup companies – many of which are spun off from academia – that adds another layer of financialization to the sector. At the heart of this ecosystem is the possibility of being awarded patents on new and existing biomedical knowledge, capturing it from the public domain and transforming it into private, tradable, and monetizable assets. A patent gives the owner the right to temporarily exclude others from using the patented subject matter as a reward for the investments and risk, but in return for public disclosure to allow follow-on innovation and dissemination. Originally designed as a policy tool to stimulate useful innovation, carefully balancing public and private interests, there’s been a steady expansion in scope, duration, and geographical reach of what can be patented for the benefit of the patent owner.

Alongside the explosion in the number of patents, the strategic use of pharmaceutical patents shifted from an incentive for useful medical innovation to a tool for market control, using monopoly power to charge high prices and create artificial scarcity. Furthermore, intellectual property rights like patents and knowhow increasingly function as intangible assets whose primary role is to attract speculative capital investments in a growing biomedical asset and futures market. It creates value for investors well before, and independently of, any product reaching the market or even showing evidence of health benefit. As in other sectors of the financialized economy, the actual production and availability of medicines or vaccines – the real economy – has become removed from the financial transactions that are meant to underpin their development, resulting in a growing disconnect of purpose.

For global public health to truly benefit from scientific breakthroughs, decision-making about the availability of critical health technologies cannot be left to the whims of casino capitalism in which speculative investors bet on intangible assets as the main conduit for financing medical innovation. Similarly, it should not be up to pharma shareholders to determine the course of a pandemic by pursuing short-term financial gains over the public interest. The Oxfam resolution is an important step to challenge that hegemony, but insufficient to transform the power dynamics at stake.

It is time to reclaim the purpose of the pharmaceutical enterprise to focus on improving people’s health globally. This will require a radical rethinking of the way medical innovation is financed and governed and taking back the public responsibility to ensure that medicines and vaccines developed to address people’s health needs are available as common goods.

Els Torreele is a visiting fellow at the Institute for Innovation and Public Purpose at University College London and an advocate for access to medical innovation who formerly worked with Médecins Sans Frontières, the Open Society Foundations, and the Drugs for Neglected Disease Initiative.