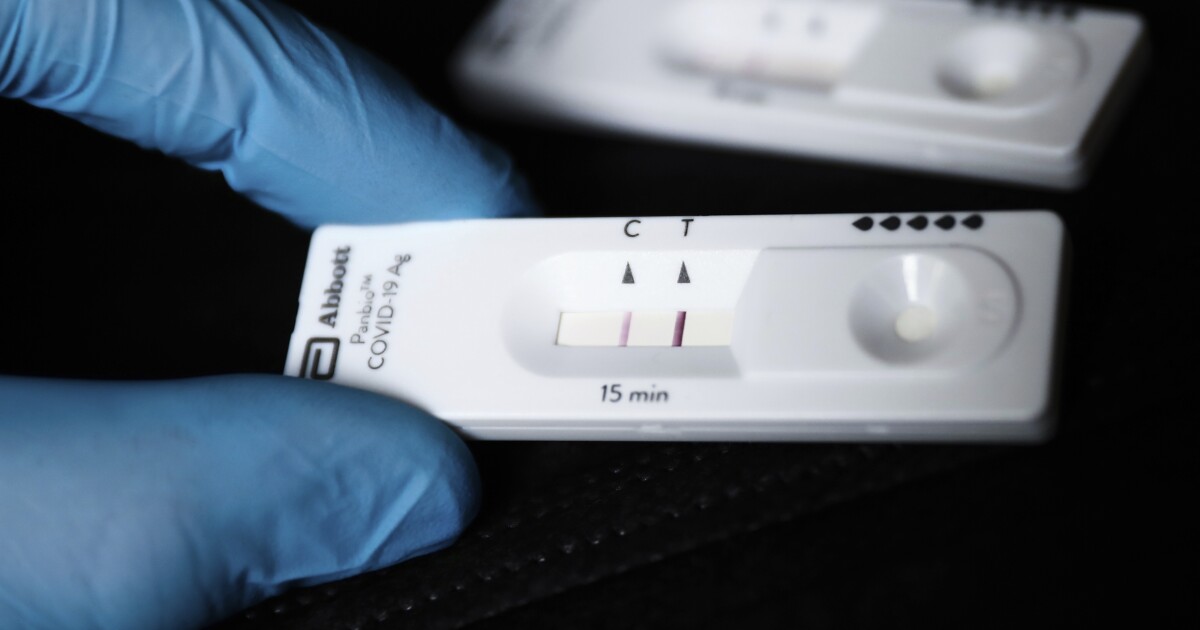 Twenty-five months into the pandemic, I finally caught COVID. It turned out that two-plus years of masking and distancing, Zoom dinner parties and FaceTime holidays, canceled plans and postponed vacations only delayed the inevitable. I’m sick too.

And here on the fourth day of my isolation, I can say one thing with certainty: This is all your fault.

I know that sounds petty, but I can not help it. For some reason, I’ve spent a majority of my first 96 hours in quarantine trying to figure out who I can blame. The possibilities are endless.

Is it the only couple at my daughter’s day care who did not mask at the pastry breakfast last week? The student in my lecture whose N95 is eternally dipping below his nose? The colleague whose YouTube recommendations suggest that she’s definitely not vaccinated? Is it my ex-wife, who hosted the family at dinner last week and who tested positive before I did? (I really like that last theory.)

But of course, maybe I’m just deflecting. Because while I was exceedingly careful for the first 22 months of the pandemic, since the New Year I’ve been, well, less so.

I’m vaccinated and boosted, but in the last few months I’ve eaten out, traveled and hosted friends for dinner. I tried to take precautions during the Omicron surge, but I was exhausted too. And when a bunch of my favorite bands played shows in Boston in March, I did the prudent thing and went to every single one. So maybe the only person to blame is me.

We’re seeing a much grander exercise in deflection play out in India right now. A new WHO report suggests that the virus has claimed as many as 4 million lives in that country, but Prime Minister Narendra Modi is stymieing the report’s release while sticking to his government’s official death toll of 520,000. Apparently, I’m not the only one thinking about blame.

All this has me reflecting on the work of the philosopher Thomas Nagel, whose great contribution to the field of ethics (with Bernard Williams) is a concept called moral luck. The idea boils down to this: In a world where many of our decisions are shaped by random chance, it’s awfully hard to assign moral responsibility.

His clearest example involves drunk driving. Imagine 100 people having one glass of wine too many before getting into a car to leave a dinner party. Then imagine that on the way home, one gets into an accident that kills a child while the other 99 arrive safely. While the latter group sleep soundly, the one will likely serve jail time and have a hellfire of condemnation rained on his head. But what really is the moral difference between the one and the 99? There is none: They all made the exact same decision. Or rather, the difference is random chance.

At some level, we all know this to be true. So why are we so eager to blame?

Perhaps the main reason is because it gives order to the universe. If the ills that befall us (or do not) are the result of the decisions we make – bad or good – order is upheld and everything makes sense. If the opposite is true, the world starts to feel like a crapshoot in which our lives and those of our loved ones are left to terrifying chance.

Casting blame may impose a sense of order, but doing so comes at a steep cost. The sociologist Kai Erikson said as much in his early work on collective trauma. He discovered that if a community is beset by an act of God like an earthquake or a hurricane, the bonds tying it together are often strengthened, at least for a time. But if a community is struck by a human-made catastrophe – for which some individual group is theoretically responsible – the community frequently falls apart. Distrust reigns and acrimony festers.

So, I’m going to try to stop searching for my infector. Certainly, I will redouble my efforts to protect myself, my family and my community as the virus continues to spread, and to encourage those around me to do the same. I’ll stop trying to lay blame, and maybe keep myself a little saner in the process.

Joshua Pederson is an associate professor of humanities at Boston University and the author of “Sin Sick: Moral Injury in War and Literature.” @joshua_pederson