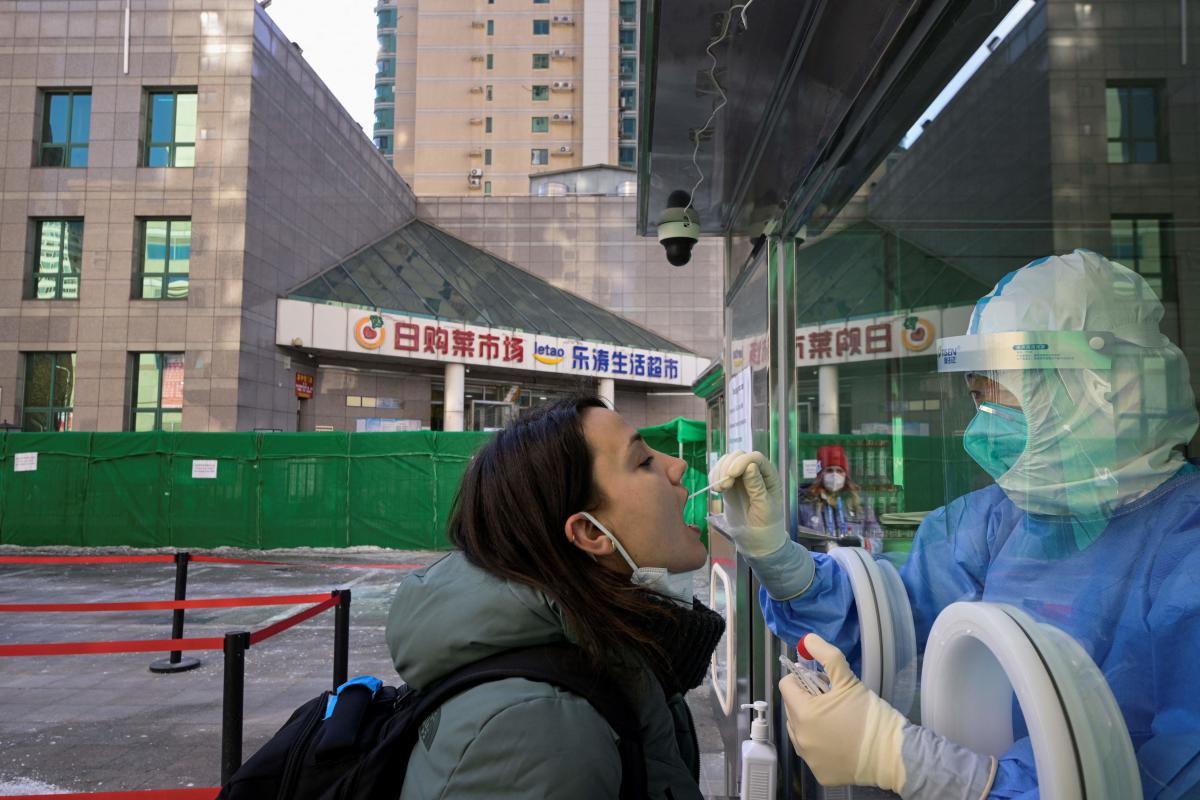 BEIJING – After 80 hours in the , Kim Meylemans thought her nightmare was finally over. The Belgian skeleton athlete had spent three days in isolation here in Beijing, testing negative again and again to prove that an initial positive had been a mistake. On Wednesday, authorities said she could leave. An emergency vehicle picked her up. She assumed it would take her back to the Olympic Village.

“We did not turn to the Village,” she said, visibly shaken.

Instead, as Meylemans detailed through tears in a , she was taken to another isolation facility. The thought of staying there another seven days tore her apart. “I’m not even sure I will ever be allowed to return to the Village,” she said in between sniffles and emotional pauses. She was not sure she could take it much longer.

Late that night, as her video spread, Olympic officials apparently intervened. A knock on Meylemans’ by granted relief. Shortly before midnight, she was escorted to the village. Once settled, she said she felt “safe.”

Her ordeal, though, highlighted the mental and emotional cost of China’s “zero-COVID” strategy, and of the Olympic protocols it has influenced.

Those protocols require athletes to pass a spate of PCR tests before and after arrival in Beijing, even if they’ve recently recovered from COVID – and even though PCR tests can come back positive long after an individual has cleared the contagious phase of their infection.

could “disqualify some people for no good reason,” or heap unnecessary stress onto others. Meylemans became the test case that they envisioned. She’d contracted COVID a month ago, and recovered. She’d missed skeleton World Cup races, but returned to sliding. She said she’d been “tested pretty much every day since,” and pretty much every internationally respected doctor would say that she is no longer capable of spreading the virus.

Then she arrived in Beijing. Of three COVID tests, she said, one came back negative, another a “close call,” and another positive.

The positive, of course, was a product of virus leftovers from her infection a month earlier. “After 10 days, if your PCR [test] is positive, that is just detecting dead soldiers – remnants of the virus that have persisted in your system, ”Vanderbilt infectious disease specialist Bill Schaffner explained to Yahoo Sports in December. “It does not mean that you are infectious.”

Which is why PCR testing after the 10-day mark is not only unnecessary, Schaffner said. “It’s actively discouraged. Just because it leads to confusion. ”

But, by Chinese-driven protocols, it took Meylemans out of the Olympic Village, away from training. She was forced to move into an isolation hotel. While her competitors got a feel for the Olympic track in Yanqing, a Beijing suburb, and pushing against her hotel room wall.

Other athletes have dealt with China’s strict protocols

Her experience was eerily similar to one described by US luger Summer Britcher a few months ago. Upon arrival in China for a pre-Olympic competition in November, Britcher said she was “pulled off” a bus, “not really told anything,” taken “to a separate building,” and told she had COVID. Her test at the airport had come back positive. Follow-up tests proved that it was a false positive – “it was, I think, remnants of when I previously had COVID in August,” Britcher said. Nonetheless, “even after several negatives, I was kept in isolation, missed a few training sessions, kept separate from my team entirely,” she said. “Not able to go to the gym, anything.”

“I’m a little worried about what will happen when we go back,” Britcher said.

Behind the scenes, Olympic officials pushed to quell concerns, and push for looser protocols. In some cases, they succeeded – for example, in raising the threshold for what would be considered a positive test.

But still, there were unscientific rules, such as the one that treats Meylemans as a “close contact,” despite not having close contact with anybody who has tested positive for the virus, and despite almost certainly not being capable of shedding meaningful amounts of the virus itself.

And so, as a “close contact,” she’ll continue to live alone, eat alone, travel alone, deprived of anything resembling the Olympic experience.

“Even though,” as Meylemans said earlier on Instagram, “I’ve more than proven I’m perfectly healthy and no danger to anyone’s health.”