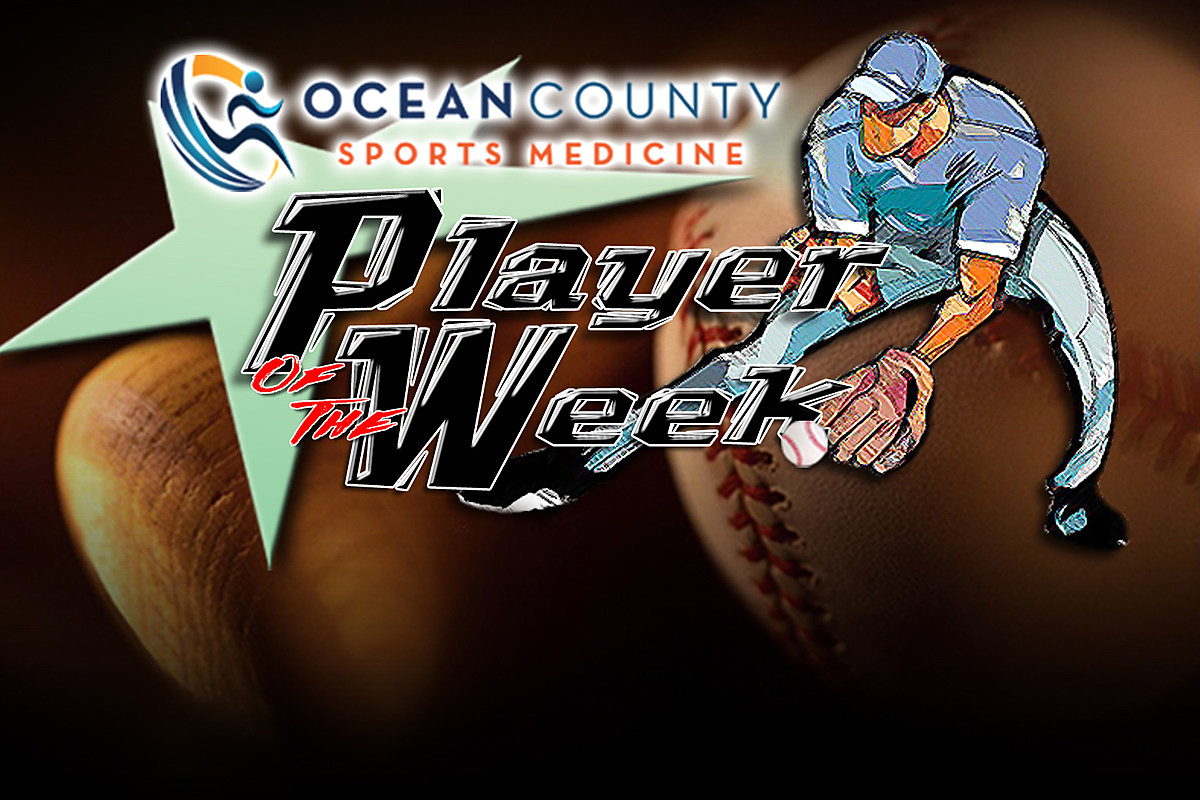 Each week during the 2022 high school baseball season, Shore Sports Network will recognize the top performers in each Shore Conference division and give fans a chance to pick the overall winner of the Shore Sports Network Baseball Player of the Week. The nominees include a Player of the Week from each of the six Shore Conference divisions, plus two wild cards who are worthy of consideration as well.

Check out this week’s group of nominees and vote for the one you think stands out in the poll at the bottom of the post. Voting will carry into Friday afternoon, with the polls closing at noon. The winner will receive a Player of the Week shirt courtesy of Ocean County Sports Medicine.

Class A North Player of the Week

Middletown South went just 1-2 last week, but the one win was an 11-1 drubbing of Wall in the Monmouth County Tournament championship game. Stanzione had a game to remember, clubbing two solo home runs during a 3-for-4 day at the plate. The bridge-year senior also hit a three-run homer in a 5-3 loss to Southern in the Shore Conference Tournament the day before and launched a solo bomb in a 2-1 loss to Ranney on Saturday, giving him four homers in three games. Stanzione is currently one home run from matching the Shore Conference single-season record and a prolonged hot streak could give him a chance at the state record of 18.

Class A Central Player of the Week

Stanyek was as instrumental as any player in getting Red Bank Catholic to the Shore Conference Tournament semifinals this past Tuesday, which the Caseys wound up winning. Last week, Stanyek went 3-for-4 with a double, home run and four RBI in a 12-2 win over Marlboro in the round of 16, then pitched a one-hitter while going 1-for-3 in a 7- 1 win over Wall.

Class A South Player of the Week

Known coming into the year for his pitching prowess, Leiter’s hitting has been even better than his mound work this year and that is no slight whatsoever at his season as a pitcher. The UCF commit had another monster week at the plate, going 7-for-11 (.714) with two home runs, four walks, six runs and six RBI, helping the Golden Eagles crush second-seeded Howell in the SCT round of 16 and top Brick Memorial in the Ocean County Tournament semifinals.

Class B North Player of the Week

Kurtz checked just about every box for St. John Vianney last week. He pitched a four-hit shutout and doubled in a dun in a 1-0 win over Toms River North, hit an RBI triple in a 3-2 Shore Conference Tournament loss to Rumson-Fair Haven and hit a grand slam in an 18- 4 SCT win over Colts Neck. For the week, Kurtz was 5-for-9 with seven RBI.

Class B Central Player of the Week

In a 9-3 win over Piscataway Tech, Winters did something you rarely see: he hit three triples in one game. The sophomore finished 3-for-5 with two RBI to go with the rare feat.

Class B South Player of the Week

Yorke racked up three extra-base hits and five RBI last week for the red-hot Griffins, who stormed into the SCT semifinal round for the first time in program history. The sophomore blasted a home run in a non-conference win over JFK-Iselin and went 2-for-4 with a double and two RBI win Donovan Catholic’s impressive 11-1 win over CBA in the SCT round of 16.

No lineup in the Shore Conference has been hotter than the one the Jaguars are running out and you could pick a Jackson Memorial name out of a hat and it would probably be a worthy nominee for this week. Osmond gets the nod this go-round for going 4-for-7 with a double, grand slam, a walk and three hit-by-pitches while driving in five runs in Jackson wins over Pinelands, Ranney and Central.

In two Matawan wins last week, Gendi went 3-for-4 with two doubles, a walk and four RBI at the plate and also pitched four strong innings to pick up a win against Holmdel.