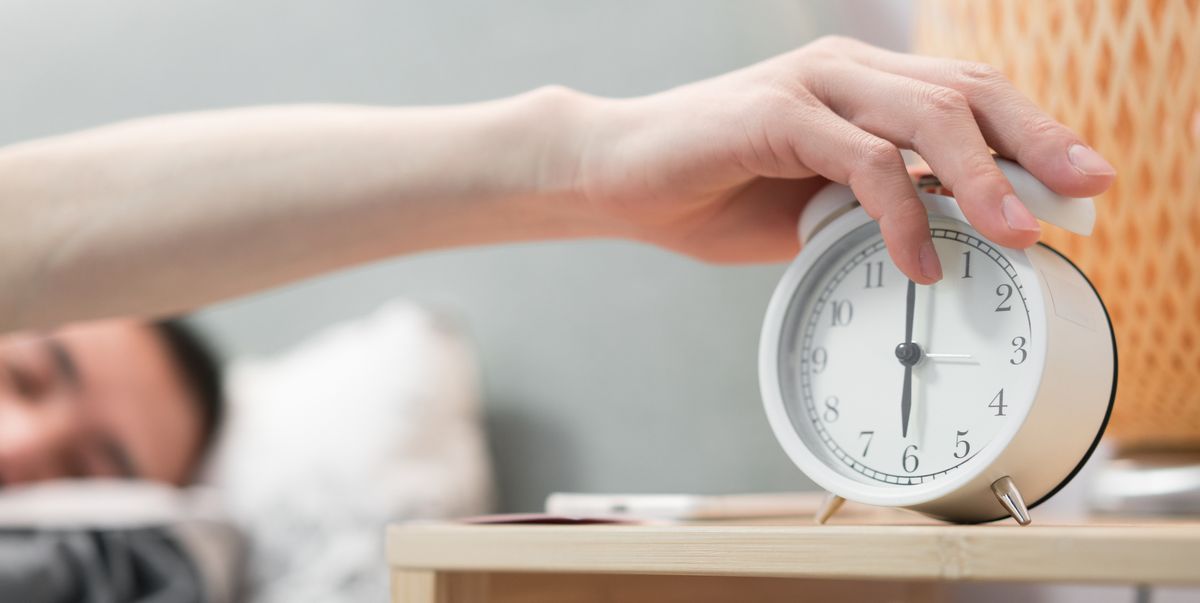 We’ve been told time and time again that adults need seven to nine hours of sleep every night, but new research points to the exact amount of quality Z’s that may support our cognitive abilities, ward off early signs of dementiaand even protect our mental health.

The new study published in the journal Nature Aging found that around seven hours of sleep is ideal for middle and older-aged adults.

The research found anything more or less than seven hours was associated with a reduced ability to remember, learn new things, focus, solve problems, and make decisions. Additionally, more or less sleep was linked to experiencing symptoms of anxiety and depression and worse overall well-being.

The study did have some limitations in the data, specifically that 94% of the participants reported they are of European ancestry and caucasian. Additionally, the study only measured a self-report of how long participants slept and not the quality of their sleep. Michael Breus, Ph.D.an Oura Sleep Advisor who was not involved in the study, notes that because of this, the data may not be transferable to all populations.

Researchers from China and the United Kingdom analyzed UK Biobank data (a long-term health study) from 500,000 adults ages 38 to 73. Those involved in the study were asked about their sleep patterns, mental health, and well-being, and also took part in multiple cognitive tests. For nearly 40,000 of the participants, scientists also had access to brain imaging and genetic information. Researchers analyzed genetic factors, cognitive abilities, brain structure, and mental health to determine the ideal sleep duration for participants.

How sleep impacts your brain health

“While we can not say conclusively that too little or too much sleep causes cognitive problems, our analysis looking at individuals over a long period of time appears to support this idea,” Jianfeng Feng, M.Sc and Ph.D.a corresponding author of the study and a professor from Fudan University in China said in a statement. “But the reasons why older people have poorer sleep appear to be complex, influenced by a combination of our genetic makeup and the structure of our brains.”

The team found the amount of sleep can impact the structure of some brain regions that are involved in cognitive processing and memory and the greatest negative changes were found in people who got more or less than seven hours of sleep.

Abhinav Singh, MD, FAASMa medical review expert at The Sleep Foundation and medical director of the Indiana Sleep Center who was not involved in the study explains that less than seven hours of sleep just isn’t enough time for your brain to reset itself for the day. A product called b-amyloid can build up in the brain without enough sleep in chronically sleep-deprived individuals, and it has been linked to Alzheimer’s disease. But even short-term sleep deprivation has been linked to memory loss and cognitive issues, he notes.

Additionally, the researchers said one possible reason for cognitive decline due to less than optimal sleep may be because of a deep sleep disruption. This disruption has previously been shown to impact memory and has connections to dementia.

Breus explains that it’s important to aim for this deep sleep, or REM sleep, which happens in the back half of the night. “This is very important when it comes to cognition because that is when you move information from your short-term memory to your long-term memory,” he notes. So getting enough deep sleep may be more important than actual hours in bed.

“Getting a good night’s sleep is important at all stages of life, but particularly as we age. Finding ways to improve sleep for older people could be crucial to helping maintain good mental health and wellbeing and avoiding cognitive decline, particularly for patients with psychiatric disorders and dementias, ” Barbara Sahakian, FMedSci, D.Sc.an author of the study and a professor in the department of psychiatry at the University of Cambridge, said in the statement.

How to get a good night of sleep

There are many factors that impact a good night’s sleep, explains Dr. Singh. The reasons why you wake up at night or struggle to get in quality Z’s can range from your work schedule and circadian preferences to social responsibilities and sleep disordershe says. Research has even shown that your age, gender, socio-economic status, environment, mental health issues, and consumption of alcohol, caffeine, or cannabis, can impact your sleep, adds Breus.

“Personally, I think it’s foolish to try and pick one number for my total sleep needs,” Breus says. He adds that he uses a sleep tracker to determine the quality of his sleep, which is more important than the quantity, and notes that sleep needs will fluctuate from person to person.

If you struggle to get enough sleep at night, you can set the mood for yourself with a sleep spray or natural sleep aids. You should also ensure the room is dark or try using a sleep mask and keep the temperature of the room cool and use cooling blankets, cooling mattress pads, cooling sheetsand cooling pillows as needed.

Conor Heneghan, Ph.D.., a senior staff research scientist at Fitbit says getting enough of the most valuable stages of sleep can be improved by:

But even if you follow these guidelines, some people will still struggle with sleep and potentially suffer from insomnia, says Heneghan. “They do not need the additional pressure of falling short in some way,” he says.

If you’re finding it difficult to get the sleep you need, Heneghan recommends working with a behavioral sleep specialist to improve your sleep and try new approaches such as cognitive-behavioral therapy.

This content is created and maintained by a third party, and imported onto this page to help users provide their email addresses. You may be able to find more information about this and similar content at piano.io