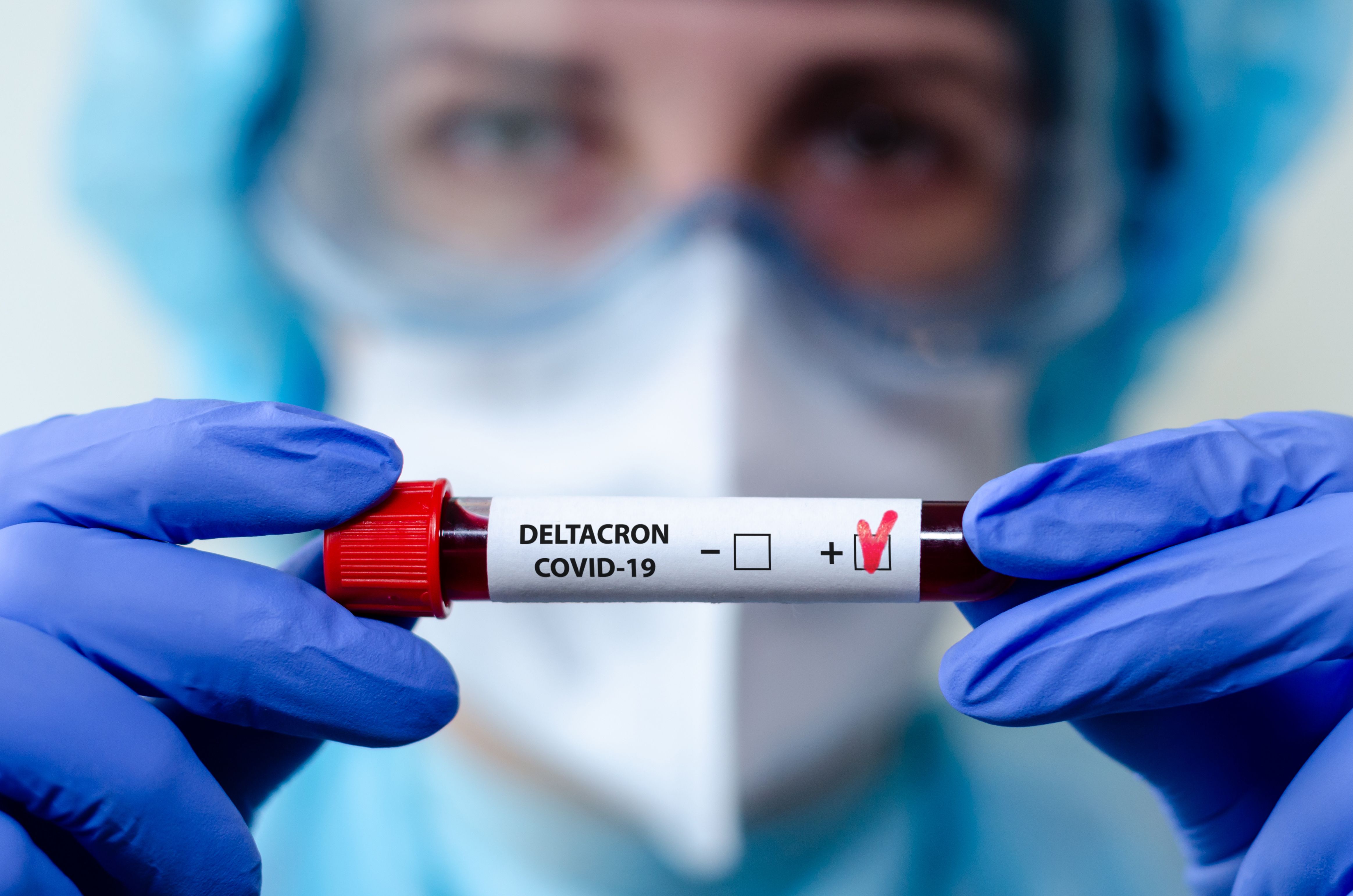 The new Deltacron COVID-19 variant does not initially appear to be any more severe than Omicron, but it is more transmissible.

The new COVID-19 sub-variant of the Delta and Omicron strains has been circulating since the beginning of the year. Omicron BA.2, called “Deltacron,” is a recombinant virus that contains the full-length spike protein of Omicron and the backbone of Delta.

Dr. Adrian Esterman, a professor at the University of South Australia and former World Health Organization (WHO) epidemiologist, tweeted that Deltacron is approximately 1.4 times more infectious than the original Omicron strain BA.1. “This makes it pretty close to measles, the most contagious disease we know about,” Esterman wrote.

The basic reproduction number for BA.1 is about 8.2, and is nearly 12 for BA.2. The most recent updates estimate Deltacron accounts for 57% of cases in England. In the US, the Centers for Disease Control and Prevention (CDC) estimate BA.2 increased from 1% of cases in early February to 11% by early March.

The sub-variant has been identified in the US, the UK, the Netherlands, Denmark, and France, and it has likely spread farther. However, experts are not predicting a dramatic surge of infections. Case numbers are falling, and continue to do so even as BA.2 slowly becomes more prevalent in the US.

The sub-variant is also nicknamed the “stealth variant” or “stealth Omicron,” due to its ability to be nearly indistinguishable from Delta or Omicron in positive PCR tests.

The Omicron BA.1 variant caused an unprecedented number of breakthrough infections in vaccinated individuals, but COVID-19 vaccines remained highly effective against hospitalization and death. British health officials reported the BA.1 and BA.2 variants are similarly susceptible to vaccination, especially with a booster shot.

Recombinant viruses are fairly common, they occur when 1 variant overtakes the previously dominant strain and the same host cell is co-infected by these 2 distinct viruses. Due to the prevalence of Delta and Omicron variants, health officials expected COVID-19 to mutate into a recombinant virus.

So far, the WHO has not dubbed BA.2 a variant of concern.