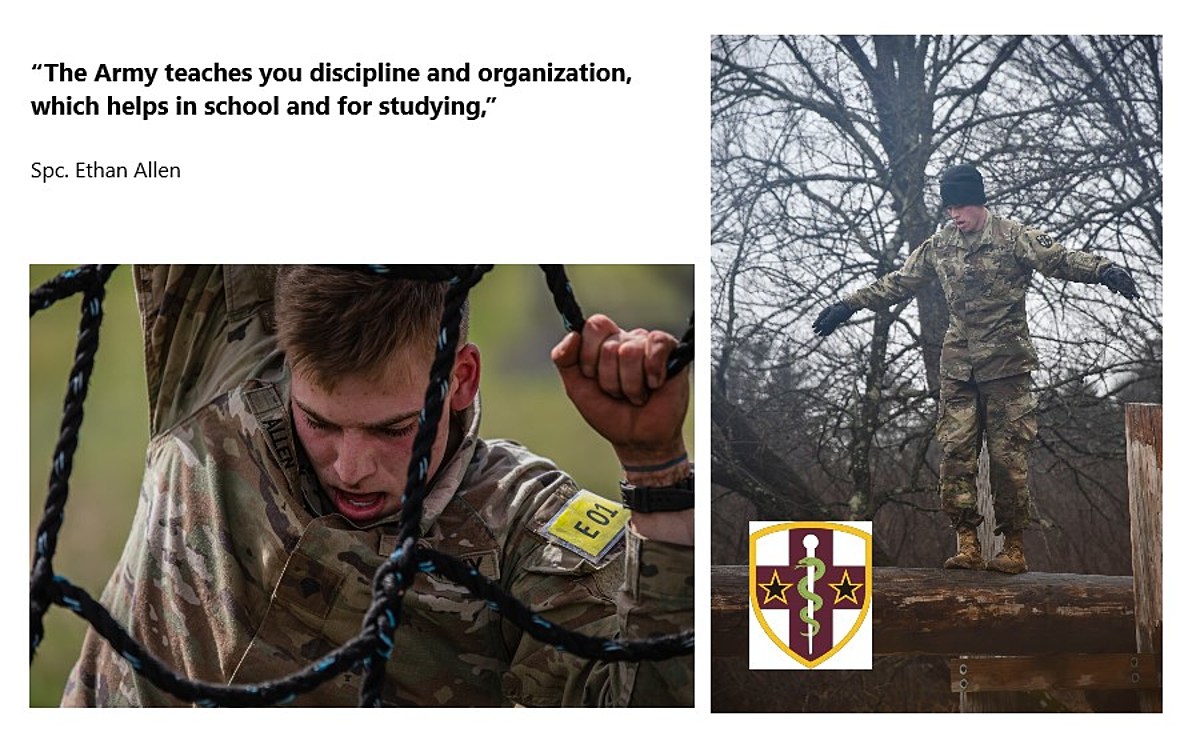 BOZEMAN – A Montana State University student who serves as a combat medic with the US Army Reserve recently won a competition for Army Reserve professionals that is designed to test both their mental and physical limits.

Spc. Ethan Allen, a student at the MSU College of Education, Health and Human Development, competed against soldiers from across the country at the Army Reserve Medical Command’s Best Warrior Competition held March 30 through April 2 at Fort McCoy, Wisconsin. Allen won the title “best warrior” for the junior enlisted soldiers.

The competitors faced off in myriad events and challenges designed to be both mentally and physically grueling. Their tasks included obstacle courses, a fitness test, weapons qualifications, a 12-mile march, written exams and land navigation.

“This meant a lot to win at division level due to how far I have gotten and the high level of a competition I now face and complete at,” Allen said. “It also shows my hard work is paying off.” Allen previously competed at the unit level, where he was the winner, and at the brigade level, where he was named runner up.

Allen, who is originally from Helena, said he prepared extensively for the competition.

“I studied, I swam and I even tailored my workouts to help me do better,” Allen said. “I feel accomplished.”

Allen is majoring in pre-medicine and kinesiology. He said his future goals include attending medical school and continued success in his military career.

“The Army teaches you discipline and organization, which helps in school and for studying,” he said.

“I’m very proud and honored to represent the (Army Reserve Medical Command),” Allen said. “And I love the outdoors and continuing to better myself.”