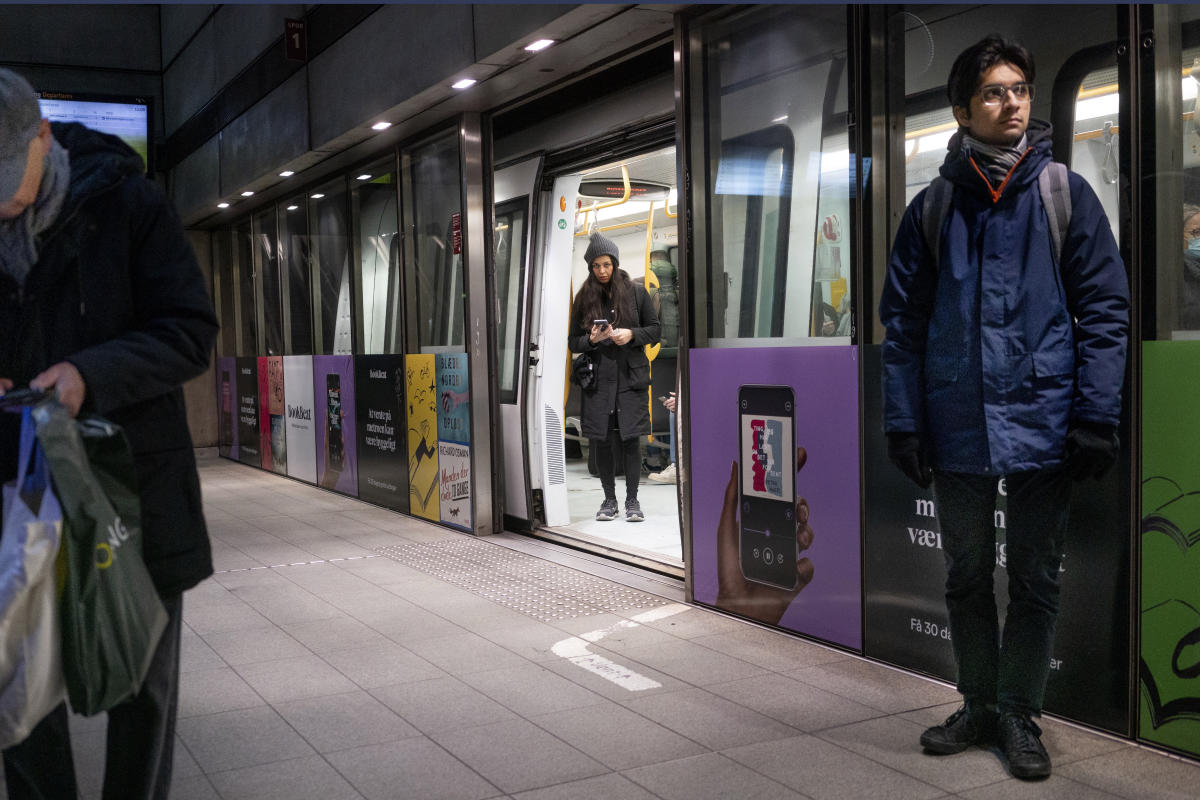 Late-night partying at clubs. Elbow-to-elbow seating in movie theaters. Going without masks in public, especially in Europe and North America: Step by step, many countries are easing their COVID-19 restrictions amid hopes the omicron wave may have passed its peak.

The early moves to relax precautions, based on declining or flattening case counts in recent days, represent what could be another turning point in a nearly two-year pandemic that has been full of them.

The extraordinarily contagious omicron has fueled more cases worldwide over the past 10 weeks – 90 million – than were seen during all of 2020, the outbreak’s first full year.

But the World Health Organization this week said some countries can now consider carefully relaxing the rules if they have high immunity rates, their health care systems are strong and the epidemiological trends are going in the right direction.

New cases worldwide for the week of Jan. 24-30 were similar to the level of the previous week, though the number of new deaths increased 9% to more than 59,000, reflecting the usual lag between infection and death, according to the UN health agency.

The most pronounced pullbacks in restrictions are in Europe, for many months the world’s epicenter of the pandemic, as well as in South Africa – where omicron was first announced publicly – and the United States. In Britain and the US, as in South Africa before them, COVID-19 cases skyrocketed at first but are now coming down rapidly.

In the US, local leaders have served up a hodgepodge of responses. The city of Denver is ending requirements for proof of vaccination and mask rules for businesses and public spaces, while keeping them for schools and public transportation.

New York’s governor plans in the next week to review whether to keep the state’s mask mandate at a time when cases and hospitalizations have plummeted in the early omicron hotspot. New York City is averaging 4,200 cases a day, compared to 41,000 during the first week of January.

England, France, Ireland, the Netherlands and several Nordic countries have taken steps to end or loosen their restrictions. In some places, like Norway and Denmark, the easing comes even though case counts are still hovering near their highs. Some governments are essentially betting that the pandemic is ebbing.

“Rest assured that the worst days are behind us,” said Health Minister Fahrettin Koca of Turkey, where the number of daily infections topped 100,000 on Tuesday, the highest on record in the country of over 80 million.

Last week, England ended almost all domestic restrictions. Masks aren’t required in public, vaccine passes are no longer needed to get into public venues, and the work-from-home order has been lifted. One lingering condition: Those who test positive still have to isolate.

On Tuesday, Norway lifted its ban on serving alcohol after 11 pm and the cap on private gatherings of no more than 10 people. People can sit elbow-to-elbow again at events with fixed seating, and sports events can take place as they did before the pandemic.

“Now it’s time for us to take back our everyday life,” Norwegian Health Minister Ingvild Kjerkol said Tuesday. “Tonight, we scrap most measures so we can be closer to living a normal life.”

In the capital of Denmark, which on Tuesday took the lead among European Union members by scrapping most restrictions, many people were still wearing masks on the streets and in stores a day later.

“I still wear a mask because I want to protect myself and others whose health is not so good, or who have health issues,” said retiree Kjeld Rasmussen, 86, in Copenhagen. “I have several things (health conditions) and so for me, it is also a good way to say to others, ‘Keep your distance.'”

More than 370 million cases and over 5.6 million deaths linked to COVID-19 have been reported worldwide.

The loosening of omicron’s grip in many places has given rise to hope that the outbreak is about to enter a new phase in which the virus will become, like the flu, a persistent but generally manageable threat that people can live with.

Switzerland on Wednesday scrapped work-at-home and quarantine requirements and announced plans for an easing of other restrictions in coming weeks, saying: “Despite record high infection figures, hospitals have not been overburdened and the occupancy of intensive care units has fallen further. ”

“There are increasing signs that the acute crisis will soon be over and the endemic phase could begin,” the government said.

While omicron has proved less likely to cause severe illness than the delta variant, experts are warning people against underestimating it or letting their guard down against the possibility of new, more dangerous mutant varieties.

“We are concerned that a narrative has taken hold in some countries that because of vaccines – and because of omicron’s high transmissibility and lower severity – preventing transmission is no longer possible and no longer necessary,” WHO chief Tedros Adhanom Gheybreysus said Tuesday. “Nothing could be further from the truth.”

WHO’s emergencies chief, Dr. Michael Ryan, warned that political pressure could lead some countries to open back up too soon – and “that will result in unnecessary transmission, unnecessary severe disease and unnecessary death.”

As throughout the pandemic, many countries are going their own way: Italy has tightened its health pass requirements during the omicron surge. As of Monday, it began requiring at least a negative test within the previous 48 hours to enter banks and post offices, and anyone over 50 who has not been vaccinated risks a 100-euro ($ 113) fine.

Austria, which was the first European country to impose a vaccine mandate, is planning to loosen COVID-19 restrictions this month and take such steps as letting restaurants stay open later. Greece has ordered fines for people 60 and over who refuse to get vaccinated.

In Germany, where infections are still setting daily records, curbs on private gatherings and requirements for people to show proof of vaccination or recovery to enter nonessential stores remain in place.

“I think the moment we have the feeling that we can loosen responsibly, federal and state governments will take that step,” German government spokesman Steffen Hebestreit said Monday. “But at the moment, it is still a bit premature.”

Other continents are being even more cautious. Some of the world’s highest vaccination rates are in Asia, and its leaders are holding to stricter lockdown measures or even tightening them for now.

The Pacific island country of Tonga went into lockdown Wednesday after discovering infections in two port workers helping to distribute aid following a volcanic eruption and tsunami. The country had been virus-free.

New Zealand will ease its strict border controls, freeing vaccinating New Zealanders from having to stay in quarantine hotels run by the military. But the unvaccinated still must quarantine, and most foreigners will still have to wait until October to visit quarantine-free.

Just days ahead of the Beijing Olympics, China is sticking to its zero-COVID policy. It imposes strict lockdowns and quarantines quickly when any cases are detected, mandates masks on public transportation, and requires people to show “green” status on a health app to enter most restaurants and stores.

South Africa this week announced that it has exited the fourth wave, saying scientific studies show immunity has hit 60% to 80%. Masks are still mandatory, but a curfew has been lifted and schools are required to fully – not just partially – open for the first time since March 2020.

Dr. Atiya Mosam of the Public Health Association of South Africa said such steps are a “practical move towards acknowledging that COVID-19 is here to stay, even though we might have a milder strain.”

“We are acknowledging how transmission occurs, while basically balancing people’s need to live their lives,” Mosam said.