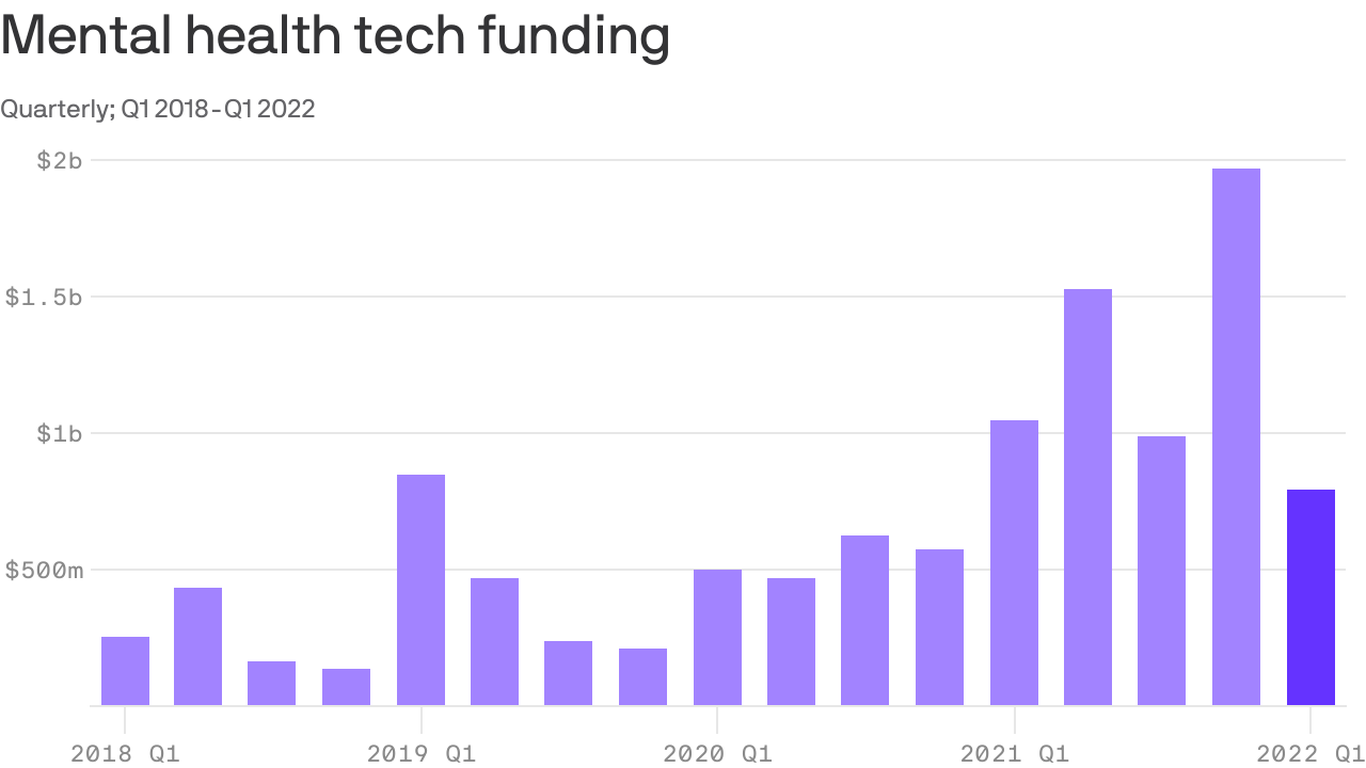 Despite surging demand for behavioral health services, funding for the mental health tech sector plummeted 60% from the last quarter of 2021 to this year’s first quarter, a recent report from CB Insights reveals.

Why it matters: Since the pandemic began, the number of people seeking behavioral health services has skyrocketed – yet, even with a rise in the number of apps and tools available, demand has continued to outpace supply.

By the numbers: The behavioral health tech sector collected $ 792 million in the first quarter of the year, a significant drawback from the $ 1.96 billion raised in Q4 2021, the report’s authors found.

Context: The dip in telemental health funding comes as part of the larger downturn in financing for digital health, which had previously been on a decade-long tear.

The other side: Despite the funding cut, several new types of mental health startups emerged this year, among them companies specifically for the workplace and young people. For example:

Some of the more established telemental health companies also raised large late-stage funding rounds in the first quarter of the year, including:

The bottom line: While the drop in funding for mental health tech is concerning given the surge in demand for therapy, it is less surprising when considered as part of the overall funding downturn for digital health.