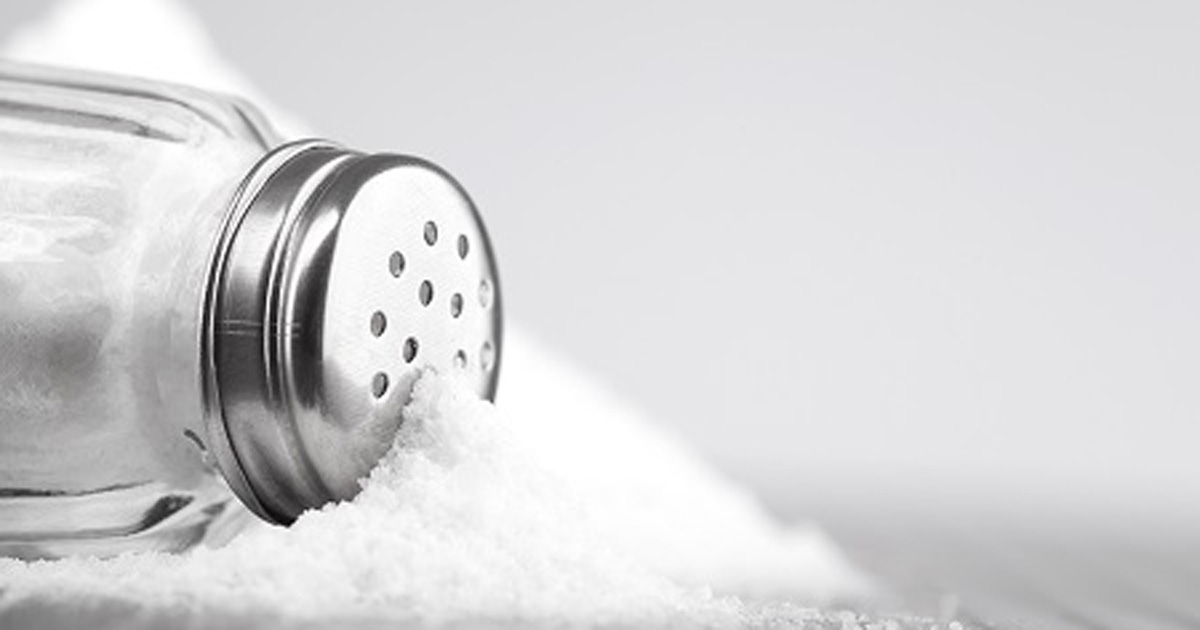 Receive an email when new articles are posted on

Please provide your email address to receive an email when new articles are posted on .

We were unable to process your request. Please try again later. If you continue to have this issue please contact customerservice@slackinc.com.

Eight weeks of dietary salt restriction and diuretic intervention did not lower skin or muscle sodium in patients with elevated BP or stage I hypertension and had no effect on pulse wave velocity, researchers reported.

“Recent studies showed that a positive sodium balance exists in the human body, indicating that sodium may be stored in tissue without commensurate water accumulation,” Aseel Alsouqi, MDof the division of hematology and oncology at University of Pittsburgh Medical Center, who was previously of the department of medicine at Vanderbilt University Medical Center during the conduct of this trial, and colleagues wrote in the Journal of the American Heart Association. “The accumulation of sodium in the skin is associated with the presence of a local inflammatory state. Increased sodium in skin also creates a hypertonic environment that promotes the expression of vascular endothelial growth factor-C, which in turn increases lymphangiogenesis to promote sodium clearance from the skin compartment. A disruption in this pathway may lead to hypertension. ”

Researchers therefore assessed the effect of 8 weeks of diuretic therapy on tissue sodium content in patients with stage I hypertension (120-139 mm Hg) and no other comorbidities as assessed by sodium MRI and pulse wave velocity.

Ninety-eight patients (median age, 48 years; 65% women; 59% white) were enrolled in the double-blind randomized trial, of whom 60 underwent randomization to placebo, a low-salt diet, spironolactone or chlorthalidone and 54 completed the study.

Researchers observed increases in muscle sodium among participants in the low-sodium diet and chlorthalidone groups compared with placebo (P <.01) and no change in the spironolactone group (P = .37).

Skin sodium was also elevated in the low-sodium diet arm, with a mean difference of 17% compared with placebo (P <.01). No significant changes in skin sodium were observed among participants in the spironolactone and chlorthalidone groups.

Researchers concluded that there was no association between change in muscle or skin sodium via dietary salt restriction or diuretic intervention and systolic or diastolic BP.

Moreover, none of the interventions appeared to have any impact on pulse wave velocity at 8 weeks compared with placebo.

None of the observations of muscle sodium, skin sodium or pulse wave velocity differed by race.

“We were not able to demonstrate any difference in the tissue sodium between Black and white patients,” the researchers wrote. “We also report that dietary salt restriction or diuretic intervention with chlorthalidone or spironolactone did not decrease skin or muscle sodium content compared with placebo in 8 weeks among subjects with pre- or mild hypertension. Further studies are needed to investigate other factors that might mobilize tissue sodium, as well as the role of tissue sodium removal in cardiovascular outcomes. ”

Receive an email when new articles are posted on

Please provide your email address to receive an email when new articles are posted on .

We were unable to process your request. Please try again later. If you continue to have this issue please contact customerservice@slackinc.com.