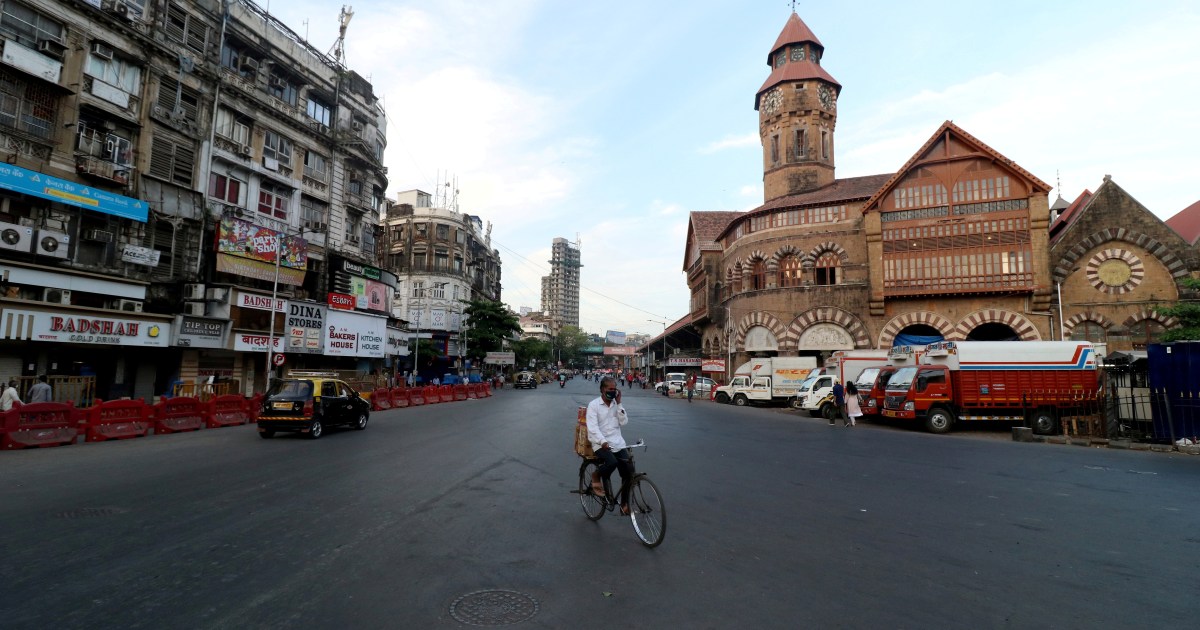 Pune, India – Ravi Bansod lost almost everything when India imposed a nationwide lockdown to halt the spread of the coronavirus in March 2020.

After investing five years and one million Indian rupees ($ 13,515) in his Mumbai curry shop, the 29-year-old small business owner was forced to shut up shop. Once outgoing, he became so depressed and withdrawn that his friends referred him to a psychotherapist.

Two years later, Bansod is still trying to rebuild his life and lives in fear of the government taking away everything he has worked for again amid the spread of the Omicron variant.

“I feel that lockdowns should be imposed so that only vulnerable people like the old and those with comorbidities are restricted from going outside,” Bansod told Al Jazeera.

“The youth are at a lower risk of illness severe illness and should have been allowed to continue to work during the first two waves. But poor policy by the government has caused havoc in the lives of thousands of young people. ”

India’s youth – who make up more than one-fifth of the country’s 1.4 billion people – have borne the brunt of the job losses.

Nearly 30 million Indians aged 20 to 29 were jobless and looking for work in 2021, accounting for 85 percent of the unemployed, according to the Center for Monitoring Indian Economy (CMIE).

“There is no doubt that the young generation is disproportionately affected by this situation,” Radhicka Kapoor, an economist at the Indian Council for Research on International Economic Relations (ICRIER), told Al Jazeera.

“During first and second lockdowns, many youth who were at the first jobs of their careers lost their jobs. And they remained unemployed for a good amount of time at the beginning of their career. This will have an effect on their career for a long time.

However, the unemployment rate among youth was high even before the pandemic. The pandemic just exacerbated the job losses. ”

India is currently grappling with a third wave of infections fueled by the highly transmissible Omicron coronavirus variant, with nearly 1.75 million active cases as of February 2. The world’s second-most populous nation has reported nearly 500,000 deaths so far.

New Delhi, however, has not imposed another nationwide lockdown, with states instead implementing restrictions based on local caseloads.

States with high cases like Maharashtra have closed schools and universities, while Delhi has asked all employees to work from home. Many states have banned gatherings of more than five people at night.

“India cannot afford total lockdown or strict restrictions that can cause economic disruption,” Bhabesh Hazarika, an economist at the National Institute of Public Finance and Policy (NIPFP), told Al Jazeera.

“That is what happened during the first and second waves when India imposed strict lockdown halting all economic activity. And youth suffered job losses and disruption in education and training even though they were at lower risk. ”

“Many organizations had either protested or threatened to protest when shops or industries were closed,” Kadam said.

For many of those who lost their employment early in the pandemic, making ends meet means accepting work that is far less well-paying or secure.

‘Some days, I stand for hours’

Prakash Chouhan, who worked as an electrician before the pandemic, is among hundreds of people who gather daily at a “labor corner” in Pune, 200km southeast of Mumbai, to pick up temporary work in construction, gardening or cleaning.

“I do not get to work daily like most of the laborers here,” Chouhan told Al Jazeera.

“Some days, I stand for hours, but nobody comes to hire and I return home where my transportation money gets wasted. But I do not have the option to sit at home or hope for a salaried job like earlier. I have to feed my parents, wife, and two kids, pay rent and keep them happy with whatever I can earn. ”

Radhicka, the ICRIER economist, said good jobs were increasingly difficult to come by.

“Jobs in manufacturing, tourism, and hospitality, considered quality jobs, are reduced,” he said. “And jobs in construction, agriculture, and retail, which are not good quality, have gone up. Thus underemployment is a bigger problem than unemployment. ”

Some youth have given up looking for work after extended periods of unemployment, a trend reflected in the country’s declining labor participation rate.

In 2020, India’s labor participation rate was just 46 percent, compared with 67 percent in China, 66 percent in Indonesia and 64 percent in Malaysia, according to the World Bank.

Rajkanya Ingole, 22, has worked as an agricultural laborer in Majalgoan, Maharashtra state for 150 Indian rupees ($ 2) per day since being laid off from her job as a kindergarten teacher in April 2020.

“I thought I would save money from my salary of Rs 5000 ($ 67.5) per month and shift to a big city to get a job at a better kindergarten,” Ingole told Al Jazeera. “That way, I could have got a groom with a good salary and home.”

Ingole said her parents, both agriculture laborers, forced her to marry a garage mechanic to ensure her family’s security.

“I could not resist as I had no job,” said Ingole, who lives in one room with her husband and shares a toilet and washroom with her neighbors. “And my parents have to take care of my three younger sisters and a brother.”

“My fate is sealed to work as a laborer,” she added. “What is the use to think about the future or my dreams now?”