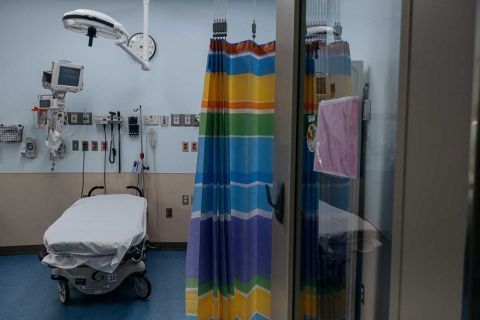 Pallone’s organization reported that, in 2018, nine of the state’s 10 PIHPs had structural deficits that collectively amounted to nearly $ 107 million.

By shrinking administrative costs and turning to an experienced insurance industry to manage care, the state may save money that, in turn, can be diverted into building out more services, said Tim Michling, of the Livonia-based Citizens Research Council.

To maintain quality, he said, MDHHS must make clear what it expects the private insurers to do – and make sure they do it, he said.

Additionally, turning to private health plans will integrate physical and mental health, making it easier for “a warm handoff,” he said. For example, a primary care doctor may more easily be able to refer the patient who sought help for a heart condition to a mental therapist in the same health plan for the depression the doctor noticed – “ideally within the same facility.”

That’s a winning proposition, not only for saving money, but for better treating patients, he said.

There’s another reason behind the momentum to overhaul the state’s mental health system: a federal judge has ordered it.

In 2018, the Lansing-based advocacy nonprofit Disability Rights Michigan filed a class-action suit, KB versus Lyonaccusing the state of Michigan of “staggering failures” in its mental health system for children, including allowing children to go with too little if any care until they spiraled violently out of control and faced juvenile detection, psychiatric hospitalization and – as they approach adulthood – “permanent damage to their lives.”

While the suit was filed on behalf of children receiving mental-health services under Medicaid, Disability Rights also has demanded sweeping bureaucratic changes as they hammer out a settlement agreement.

Citing the lawsuit, MDHHS officials declined to take a position on the Shirkey and Whiteford plans, saying instead that they “look forward to working with our legislative partners.” Gov. Gretchen Whitmer’s office also offered no specific plans for change. Rather, a spokesperson there wrote in an email that the governor is “always open to working in a bipartisan fashion” on such issues.

Back in Oakland County last week, the group that gathered over grapes and cookies and Dunkin Donuts maintains that both plans simply replace one layer of existing bureaucracy that addresses local needs through regional PIHPs with a one-size-fits-all layer of bureaucracy.

For that reason and others, any cost savings are exaggerated, they said.

A better fix is ​​to get rid of the PIHP layer altogether, leaving decision-making wholly up to the local community mental health agencies who are best equipped to make local decisions.

Those mental health agencies would be directly overseen by the Michigan Department of Health and Human Services, suggested Bob McReavy, a long-time advocate whose son has mental illness and now lives in a group home.

“You put the department back where it belongs. You hand the accountability back to the state, ”he said.

He and others also say a lack of adequate funding for mental health is the biggest impediment to quality care, rather than bureaucracy.

“We spend so much time talking about structure but we’m not talking about the fundamental problem, and that’s about access,” said Nick Ciaramitoro, a member of the Macomb County Community Mental Health Board. Ciaramitoro – a former prosecutor, state representative and union leader – was among those who met in the AMI of Oakland County offices last week.

That lack of funding leads the argument back to one of accountability, Ciaramitoro told Bridge.

Shirkey’s plan to shift from a public to a private system buries accountability within private insurance companies who answer first to shareholders rather than taxpayers, he said.

The head of a Detroit-based community mental health program agreed, saying a provider’s economic model can have a significant impact on care.

“We do not get to keep money in our coffers, because we do not have shareholders and what-not. Anything that we save is reinvested in the people we provide services for, ”said Eric Doeh, interim CEO of the Detroit Wayne Integrated Health Network, formerly known as the Detroit Wayne Mental Health Authority, which operates as a service provider and a PIHP.