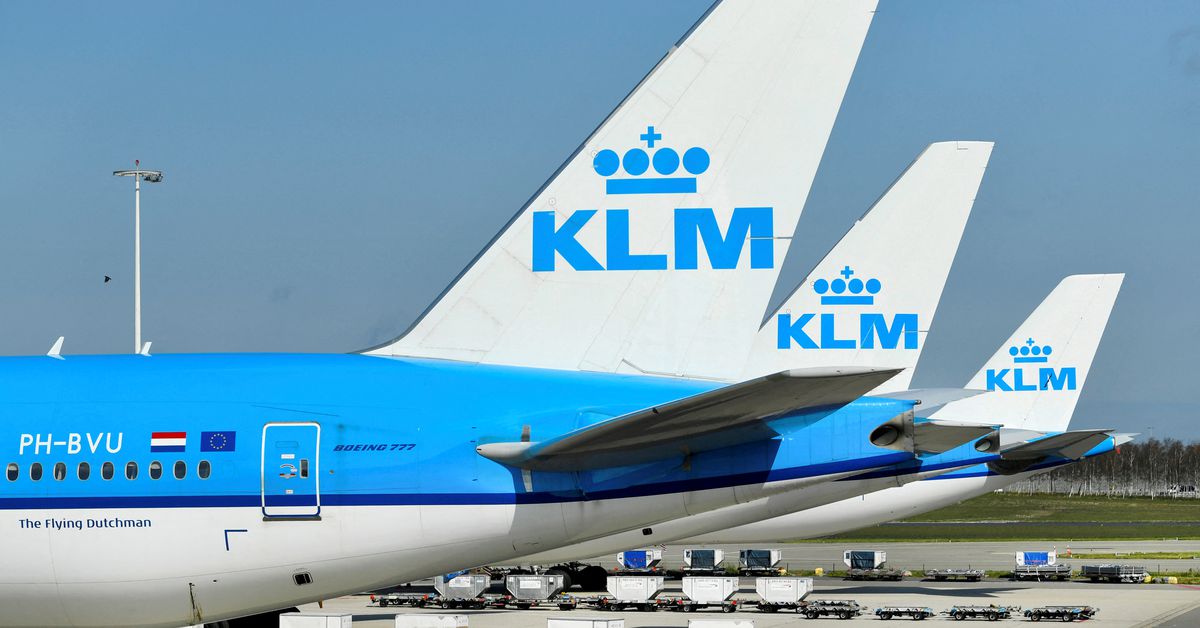 AMSTERDAM, May 26 (Reuters) – Dutch airline KLM on Thursday said it would largely suspend sales of tickets for all flights leaving from Amsterdam Schiphol airport until Monday as the airport grapples with overcrowding due to a shortage of security staff.

Lines at Schiphol, Europe’s third-busiest airport, have often stretched onto the streets in recent weeks, forcing travelers to wait for hours to clear security checks and causing many to miss their flights.

“KLM is putting a brake on ticket sales for flights leaving up until and including Sunday because Schiphol can not get its security problems fixed”, KLM spokesperson Gerrie Brand said.

Brand said the cap on ticket sales was needed to accommodate those who had missed their flights due to the chaos at Schiphol.

The Dutch arm of airline group Air France-KLM (AIRF.PA) said it would also offer customers with tickets for flights leaving in the next three days the opportunity to change their flight plans.

Schiphol on Thursday said it had made plans to recruit more security staff before the summer holidays, while it would also work with airlines to guarantee better planning of flights during the busiest weeks.

The airport said it was also in talks with unions about higher wages for security personnel.