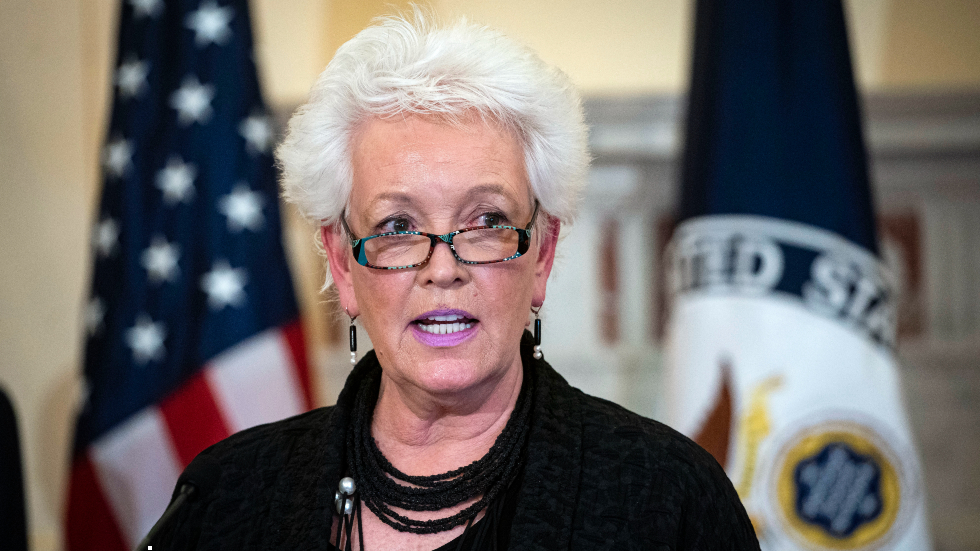 Gayle Smith, CEO of the nonprofit, nonpartisan global advocacy group ONE Campaign, is making it her mission to vaccinate the world against COVID-19.

To date, only about 16 percent of people in lower-income countries have received at least one vaccine dose, according to figures from the Our World in Data project.

Global vaccination efforts have stalled as world leaders look to other priorities and threats, including the ongoing Russian invasion of Ukraine.

“I think the challenge right now is that the pandemic is not over. I think people are very tired of it, but we’ve got to maintain the momentum because the virus is still out there replicating and mutating and in addition to that, it’s still inflicting tremendous economic damage on countries that can least afford it, ”Smith said.

“Ukraine is obviously extremely important. The aftershocks of the Russian invasion, food security, [a] new energy crisis, those things demand attention, but we can not lose sight of the fact that we are still living in a global pandemic, ”she added.

Smith, 66, is an international development veteran who is no stranger to global challenges. She has spent her career working to combat issues including Ebola, extreme poverty and famine both inside and outside of government.

She was tapped by former President Obama to lead the United States Agency for International Development in 2015, and prior to that was a senior official on the National Security Council for both Obama and former President Clinton.

Still, Smith told The Hill in a recent interview the COVID-19 pandemic is “bigger than any of those” because the world failed to properly unite to fight the virus.

“If you go back five years, imagine there’s a global pandemic that starts killing people everywhere. It’s wracking the entire planet. That should cause all of the world to come together, put some of their political differences to the side, [and] take the steps needed to marshal the capital to move fast and quickly, ”Smith said.

But that did not happen. In the first year of the pandemic, the US did not fully engage its international allies, and responses to the pandemic became political very quickly.

“So the world was late to the game,” Smith said. “I think the world has mobilized some resources. But the response has been underfunded since day one. ”

Smith has spent decades working in Africa. She started as a journalist for outlets including the Associated Press and BBC. But then, in 1984 and 1985, she encountered the Ethiopian famine, one of the worst humanitarian disasters of the 20th century.

It spurred her to become an aid worker and shaped her views on humanity and dignity for the rest of her life.

When Smith was a senior official on Obama’s National Security Council, she helped convince the administration to send troops into West Africa on a humanitarian mission to stop the Ebola epidemic. Once the US made its commitment clear, other nations filled in the gaps with their own pledges.

With the coronavirus, countries have been pledging resources including money and vaccines,

but the response has been needlessly fragmented, Smith said, adding that it does not appear there is a concerted effort to pursue a plan that will bring the pandemic to an end quickly.

“Leaders have had to be focused within their borders and externally at the same time. And we’re not at the volume in terms of either the financial or political capital that we need to get us over the finish line, ”Smith said.

What’s needed is an agreement on a plan to say how are we going to manage vaccine coverage over the next six months? How do we keep the momentum going on testing? Because there’s a danger that as the response goes on, and there’s less interest and less funding, we’ll fall back on testing. ”

Last year, Smith took a six-month leave of absence from the ONE Campaign to serve as President Biden’s coordinator for global COVID-19 response. She made it clear her priority was to get the US to share vaccine doses with other countries.

The administration was facing criticism for procuring more vaccines than it needed before donating the surplus doses after Biden took office promising to be a world leader in donating the vaccine abroad.

Under Smith’s leadership, the US pledged 1.2 billion doses to poorer nations in need. Biden also called on world leaders and drug manufacturers to do everything they can to send vaccines abroad.

According to the State Department, the administration so far has delivered more than 500 million doses to more than 115 countries. Those doses will help, Smith said, but many of the nation’s poorest countries have vaccinated less than 20 percent of their population.

There are 18 countries with less than 10 percent of their population vaccinated, including South Sudan and Yemen. Meanwhile, about two-thirds of the world’s wealthiest countries – not including the US – have crossed the 70 percent vaccination threshold.

Smith said she thinks other wealthy nations missed an opportunity to close the gap by not matching the Biden administration’s commitment.

“The decision to buy 500 million, and then another 500 million vaccines… had that level of commitment been matched by some others, that could have made a big difference,” Smith said.

Still, Smith said she does not want to seem like she is criticizing countries for not contributing to the global vaccination effort.

“I think what the world has done a lot, there’s just a gap between a lot and enough,” Smith said.

To get those vaccines into arms, the Biden administration is asking Congress for $ 5 billion as part of a larger funding package for coronavirus aid. The total is far less than what advocates say is needed, but even that amount is stalled in Congress with no clear path forward.

“What’s critical now… is getting this $ 5 billion through Congress because that money is needed in order to actually deliver those vaccines. So we urgently need that to happen, ”Smith said.

“And I understand, having served in government… the cost of getting where we need to be on the global response. It’s not cheap. But it’s a lot cheaper than failing to do so. ”

One other benefit of passing the $ 5 billion in global aid, Smith said, is that the US would be leading by example. It’s difficult to ask other nations for more funding without being able to do so domestically.

“And this $ 5 billion, makes a difference. As always is the case, when we’re putting additional resources on the table, it’s easier to get other countries to do so. ”