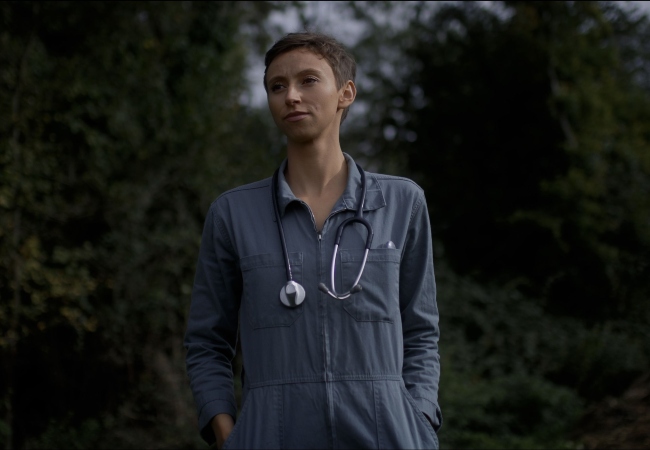 Joaquin Phoenix and Rooney Mara’s new documentary has an argument for veganism that’s pretty darn compelling; Johnny Depp returns with his first movie in over three years; one single, solitary take on the Met Gala. All in today’s Movie News Rundown.

Meg Ryan: Is returning to the director’s chair for the first time since 2015’s Ithaca to direct and star opposite David Duchovny in What Happens Laterwhich is, according to Variety, an “evolved and nostalgic” take on the romantic comedy. Ryan, being the queen of rom-coms (Sleepless in Seatle / You’ve Got Mail / When Harry Met Sally triple feature, anyone?), is a perfect fit for this, if I do say so myself.

The End of Medicine: A new doc executive produced by Joaquin Phoenix and Rooney Mara urges people to consider a vegan diet in order to avoid the very possible outcome that antibiotics could lose effectiveness on people within the next century if we do not stop factory farming. It’s a practice that currently raises tens of billions of animals purely for human consumption – but because of the disease-ridden conditions these animals are forced to live in, they require heavy antibiotics to keep them alive until slaughter. According to The End of Medicine, the overuse of antibiotics is causing anti-microbial resistance in both animals and humans, and it could spell the end of the human race even sooner than climate change. Read my interview with director Alex Lockwood and former livestock vet Dr. Alice Brough here, and learn more about the Joaquin Phoenix and Rooney Mara doc here.

Dr. Strange: Fandango and Rotten Tomatoes’ Erik Davis gave a mini-review of the new Dr. Strange in the Multiverse of Madness movie on Twitter, praising director Sam Raimi and writing that it’s the “gnarliest” and “most haunting” Marvel movie ever, which really makes me want to see it. He also wrote in a tweet further down in that same thread that it also has the most scenes featuring pizza. Nice!

By far the creepiest, gnarliest, zaniest, most haunting & terrifying Marvel movie, #MultiverseOfMadness definitely brings the Sam Raimi horror vibes, and I loved that about it. Danny Elfman’s music is a perfect fit for the film’s odd, mysterious tone & Elizabeth Olsen is MVP, imo https://t.co/R5Ybhnd4rl

Just One Thought on the Met Gala: If I may – everyone on Twitter is talking about how not enough celebs took the theme seriously this year at the Met Gala. Frankly, I do not care about that, nor do I think everyone needs to have a take on the Met Gala. However, I will echo E! News correspondents in their enthusiasm about Elvis star Austin Butler making his red carpet debut with girlfriend Kaia Gerber, the daughter of Cindy Crawford. Moments like these are the reason I’m glad red carpets still exist.

We can not help falling in love with this #MetGala couple debut. Kaia Gerber & Austin Butler. ❤️ (📷: Getty) https://t.co/p8Fwdk0r2T

Thank You, That Is All: I will leave you with this wonderful 20-year-old interview with Tobey Maguire from way back in 2002, which The Hollywood Reporter recently unearthed from when Maguire was doing press for the first Spider-Man. He said he was “practically suffocating” during that famous upside-down kiss with Kirsten Dunst, which – well, he could have fooled me. And yes, it’s been 20 years since Tobey’s Spider-Man, which makes me, a 25-year-old, feel old. Even though I was five when this came out, it was and will always remain my favorite Spider-Man.