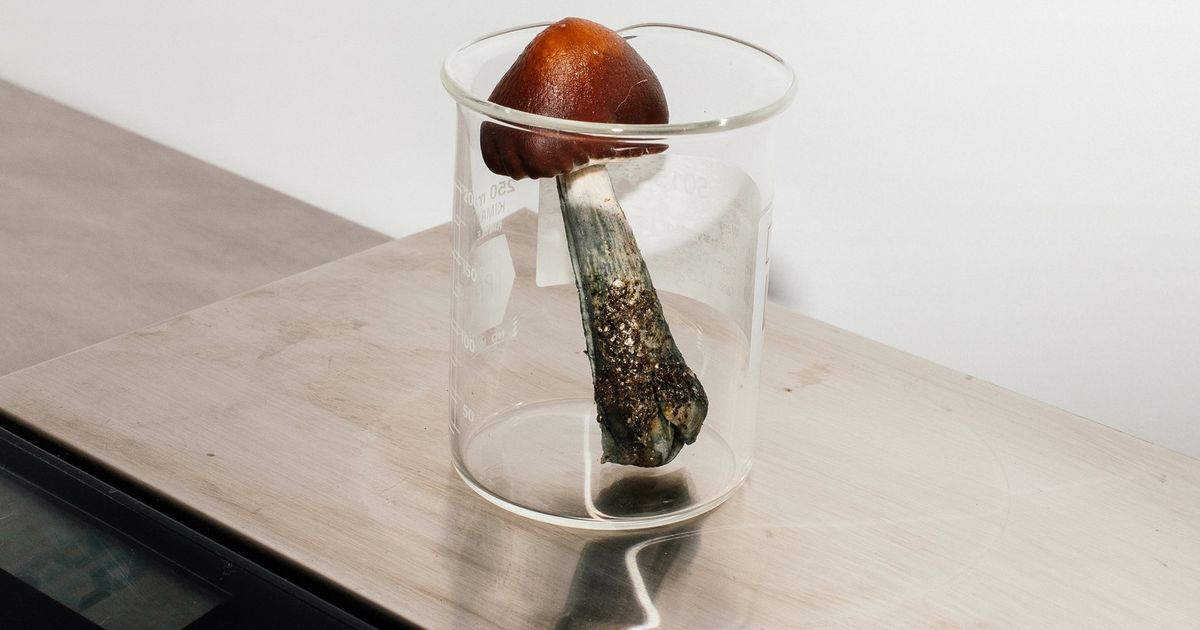 The Mental Health Project is a Seattle Times initiative focused on covering mental and behavioral health issues. It is funded by Ballmer Group, a national organization focused on economic mobility for children and families. The Seattle Times maintains editorial control over work produced by this team.

About 65 scientists, doctors, advocacy workers, and even a farmer or two arrived on a recent morning at a glassy medical building in South Lake Union. They crowded into a lecture hall, coffees in hand, to discuss the next frontier of treating substance-use disorders and addiction: psychedelics.

The meeting of minds was timely for several reasons. In fewer than nine months, Oregon’s nascent psilocybin industry can begin applying for licenses to manufacture, transport and sell the psychedelic derived from certain mushrooms for use in supervised therapy. And in October, Seattle became the nation’s largest city to decriminalize psilocybin.

And there was an official reason for the meeting: Washington’s flagship public university is creating a new research hub devoted to using psychedelics to treat addiction. The South Lake Union meet-up marked the center’s launch. Psychedelics are gaining ground as a therapy for treatment-resistant depression; in November, the largest-ever trial of psilocybin and depression found the drug was highly effective. But its potential use against substance-use disorders is less well understood.

Dr. Jürgen Unützer, who chairs the psychiatry and behavioral sciences department at the University of Washington School of Medicine, kicked off the morning with a reflection on the importance of serious study on alternative remedies for substance-use disorders – especially those impervious to standard treatment.

Dr. Nathan Sackett, an addiction psychiatrist and the primary reason everyone had gathered, took to the podium next. He made a joke about being dressed up because he was wearing a suit – he’s the one leading the new UW addiction research hub, after all – then plunged into his pitch.

Mortality related to addiction exceeds all cancer deaths five times over, he said – and think about the money spent on cancer research, treatments and prevention. What a contrast to the dearth of resources that target the behaviors tied to cancers and death in general, he added, like alcohol and tobacco use.

“Imagine if we had a health care system that focused on prevention, early detection, aggressive treatments and long-term addiction monitoring in the same way we’ve come to expect with cancer?”

A growing number of promising studies suggest a path forward: Treatment that had been historically “driven to the fringes” – psychedelics, used in tandem with psychotherapy – could be used as a tool against misuse of alcohol, tobacco and even opiates, Sackett continued.

“I’ll never forget the description of a very memorable patient, who described to me the first time he injected heroin as falling into a pool full of puppies,” he said. “For others, substance use is initially a seemingly rational choice; a means of urgently sought-after pleasure for a temporary relief of suffering, or a response to trauma or to curiosity. And for most, the syndrome is characterized by some mixture of the two extremes. ”

Regardless of how the path starts, he said, the end is often severe pain.

As a physician, Sackett increasingly felt like the available therapies and medications were not enough to make change at a rate that was useful to patients. His interest in psychedelics – a powerful way for people to experience new emotions and see their lives and purpose through a new lens – grew.

But starting a new center dedicated to using psychedelics as an addiction treatment?

“I was told it was politically dangerous. It could backfire. It was too controversial… And trust me, for every one reason that you can give me why this could fail, I can give you five more, ”he quipped as the crowd, many friendly to his argument, laughed.

“But I also believe we are at a critical crossroads,” he said. “Psychedelic-assisted psychotherapy is here to stay, and people are doing it whether we study it or not.”

Sackett is right. Ketamine clinics are popping up all over the Pacific Northwest and elsewhere as part of what’s been widely dubbed a “psychedelic revolution” in mental health care. Last year, an article in The New York Times described psilocybin and MDMA as the “hottest new therapeutics since Prozac.” “Universities want in, and so does Wall Street,” the story read. And then a warning: “Some worry a push to loosen access could bring unintended consequences.”

People who self-administer mushrooms or are guiding others in using psychedelics are largely doing so underground. And there’s limited data to support how psychedelics can or should be used to treat different substance-use disorders.

At the new UW research center, Sackett imagines, researchers will ask questions such as: Which psychedelic is best paired with which behavioral therapy, and which types of patients could benefit from treatment? The first studies will use animals. Eventually, Sackett hopes, the center will help launch clinical trials across multiple treatment sites.

To get started, he asked the crowd to help him brainstorm in smaller discussion groups – the new center needs help dreaming up potential research projects.

In one room, roughly two dozen people sat in a semicircle to talk about how ketamine might be used to treat substance-use disorders. Perhaps an observational study, someone suggests, that draws on the experiences of folks already running ketamine clinics? A man who says he runs such a clinic likes the idea, but says all the red tape attached to research might be a burden on practitioners.

One of the group’s moderators, a clinical social worker named Ian Pocock, names a tension that’s becoming clearer throughout the morning.

In another session, though, a familiar face brings a sense of excitement to the conversation.

On a massive screen, Paul Stamets, a mycologist and celebrity in the psychedelics community who co-sponsored the event, appears on Zoom to chat with the in-person folks about the path toward legalizing various psychedelics, psilocybin in particular. He offers caution around the recent relaxing of laws on psychedelics and suggests that “we do not box ourselves into something” that does not allow for later modification, especially since the science around psychedelics is rapidly evolving. He critiqued Oregon’s new law, in particular, citing concerns that it does not leave room for people to microdose.

“We have an extraordinary opportunity with probably multiple delivery platforms, and we should not stifle innovation,” he added.

hfurfaro@seattletimes.com; on Twitter: @HannahFurfaro. Hannah Furfaro is a mental health reporter at The Seattle Times. She has a master’s degree in science and health journalism from Columbia University, and wrote about neuroscience and psychiatry before joining The Times. She previously published stories in Science, The Wall Street Journal and The Atlantic, among other places.