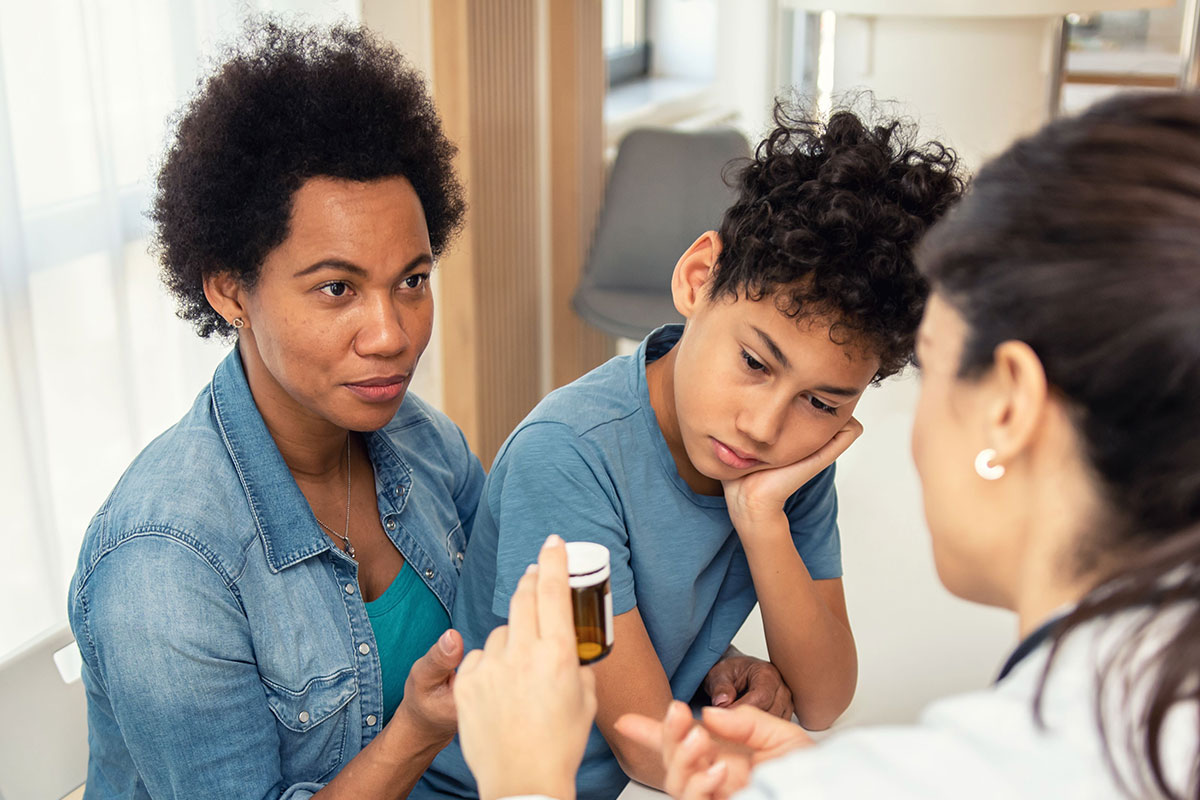 Antibiotics inappropriately prescribed to nonhospitalized children resulted in at least $ 74 million in excess health-care costs in the U.S. in 2017, according to a new study from Washington University School of Medicine in St. Louis. Louis and The Pew Charitable Trusts.

Children who were prescribed unneeded or unsuitable antibiotics in outpatient settings, such as doctors’ offices and urgent care centers, were also up to eight times more likely to develop complications such as diarrhea and skin rashes than children who were treated according to standard medical guidelines.

The findings, published May 26 in JAMA Network Open, highlight the need to better manage antibiotic use outside hospital settings.

“Inappropriate prescribing of antibiotics is unfortunately very common and leads to adverse drug events and millions of dollars in avoidable health-care costs,” said lead author Anne Mobley Butler, PhD, an assistant professor of medicine in the Division of Infectious Diseases at Washington University . “Sometimes parents think that the worst that could happen is that the antibiotic just will not help their child. But antibiotics are not harmless – they can cause adverse drug events. Clinicians need to insure that antibiotics are only used in the way that is most likely to benefit the patient. ”

Antibiotics kill bacteria, not viruses, but doctors still frequently prescribe antibiotics for viral infections. For bacterial infections, antibiotics can be helpful, but it is important to choose an appropriate antibiotic agent, and doctors do not always follow guideline recommendations. A previous study suggests that about 29% of antibiotic prescriptions for nonhospitalized children nationwide are inappropriate.

On a population level, antibiotic use drives the development of antibiotic-resistant bacteria. Such bacteria cause difficult-to-treat infections that lead to 35,000 deaths in the US each year. But less is known about the individual health risks and economic costs associated with inappropriate antibiotic use.

The researchers analyzed private health insurance claims data for children ages 6 months to 17 years who were diagnosed with any of eight common infections – three bacterial (ear infections with pus, sore throats and sinus infections) and five viral (ear infections without pus, bronchitis , bronchiolitis, influenza and colds). In total, they identified 2.8 million children who were seen for such infections in clinics, emergency rooms, urgent care centers and doctors’ offices at some point from April 1, 2016 to Sept. 30, 2018.

Unnecessary and inappropriate antibiotic prescriptions increased the chance that children would experience certain medical complications. Children who received a non-recommended antibiotic for bacterial infections experienced three to eight times higher risk of developing Clostridiodes difficile (C. diff) infection, a potentially life-threatening intestinal infection with diarrhea and inflammation that is associated with disruptions to the community of helpful bacteria that normally live in the gut. They were also at elevated risk of developing diarrhea not caused by C. diff; nausea, vomiting, and abdominal pain; and serious allergic reactions such as anaphylaxis. For some viral infections, children who unnecessarily received antibiotics had higher risk of developing skin rashes or unspecified allergies compared to children who appropriately did not receive an antibiotic.

“Taking antibiotics when they’re not needed, or taking the wrong antibiotic when one is needed, accelerates the threat of dangerous superbugs, and has serious consequences for individual patients,” said David Hyun, MD, who directs The Pew Charitable Trusts’ antibiotic resistance project and is a co-author of the study. “We hope this research will serve as a roadmap to help health systems, insurers and other health care organizations as they work to strengthen efforts to improve antibiotic prescribing, protect children’s health and save money.”

Apart from causing avoidable misery, inappropriate antibiotics are expensive because they lead to antibiotic treatment failures and additional medical complications that require follow-up health-care visits and prescriptions. In 2017, inappropriate antibiotic selection for bacterial ear infections cost families and insurance companies an average of $ 56 per case, which comes out to $ 25.3 million in excess health-care costs nationally, just for children with private insurance. The total cost for all children is likely much larger. Inappropriately treated sore throats amounted to $ 21.3 million, sinus infections $ 7.1 million, influenza $ 1.6 million, and common colds $ 19.1 million nationally among children with private insurance. Unnecessary antibiotic prescriptions for viral bronchitis or bronchiolitis did not lead to either additional medical complications or excess costs.

Many hospitals have established so-called antibiotic stewardship programs to promote the appropriate use of antibiotics and thereby reduce the spread of antibiotic resistance, decrease the number of infections caused by multidrug-resistant bacteria and improve patient outcomes. Such programs are less common in outpatient settings such as urgent care centers and doctors’ offices.

“This study continues to show that we have to do a better job of making sure antibiotics are used appropriately in all health-care settings,” said senior author Jason Newland, MD, a Washington University professor of pediatrics in the Division of Pediatric Infectious Diseases. . “Our failure to do so has real costs, both to the health of children and to our collective wallet. We know how to prescribe antibiotics according to guidelines, and it’s time we started putting more effort into making sure antibiotics are always used correctly. ”