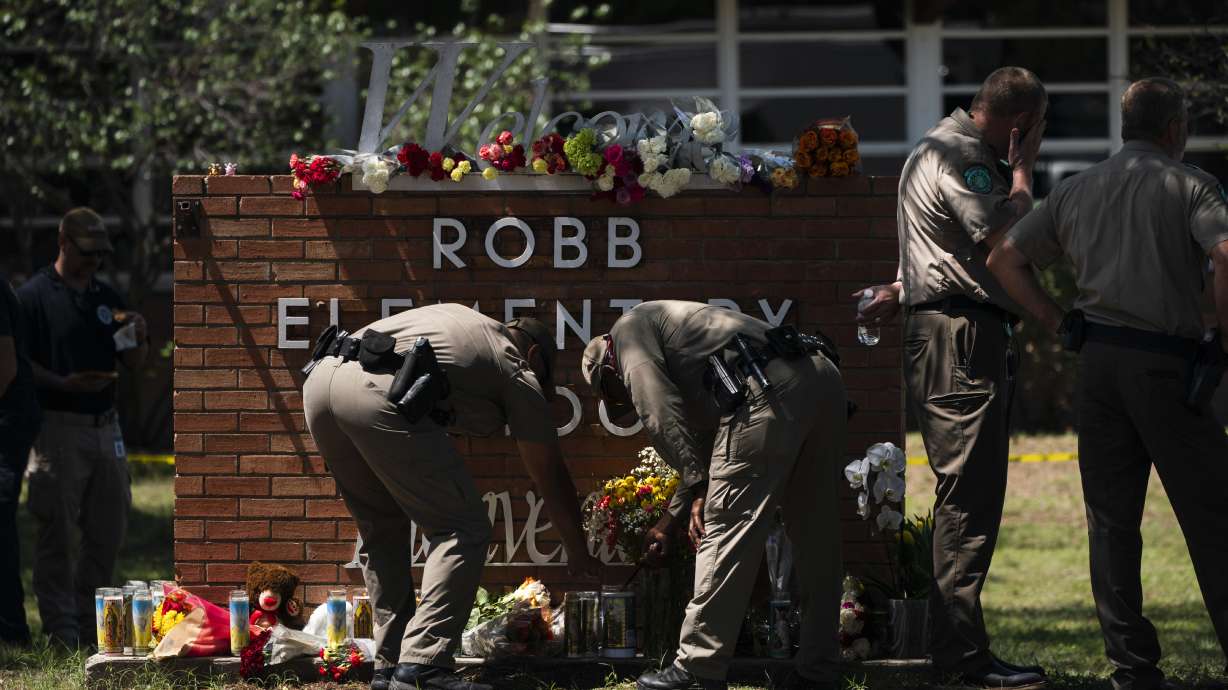 SALT LAKE CITY – Words often used to describe mass shootings like the one at Robb Elementary School in Uvalde that killed 19 children and two teachers include “devastating,” “heartbreaking,” “senseless” and “horrific.”

Emotions following mass tragedies can be overwhelming and can leave communities with questions about how to address them, said Dr. Scott Langenecker of the Huntsman Mental Health Institute and the American Foundation for Suicide Prevention.

Statistics from the Center for Homeland Defense and Security reveal that 2021 had the most incidences of school shootings at 238, which is more than double the previous year at 119. Teens and parents in the aftermath of mass shootings indicate they are very worried about school shootings, according to a Pew Research Center survey.

“There’s lots of bad things that happen and it’s really hard to take them all in and to hold that,” Langenecker said Wednesday. “My best advice to people is literally to say, ‘OK, what can I do about this right now?'”

Answering that question can be difficult while grappling with your own emotions and can grow more complicated when addressing your child’s fears and questions.

Utah Rep. Blake Moore said he cleared his schedule Wednesday to walk his sons to school in wake of the shooting.

“As a dad, that was the best I could do today. I do not know how to talk to them about what happened yesterday in Uvalde,” Moore said on Twitter.

If a young child asks about a school shooting and asks if it’ll happen at their school, Langenecker suggests having them help watch for people who are struggling.

“If you see somebody struggling in your school, tell a teacher about it or tell parents about it, and see if that person can get some help,” he said. “That’s not going to answer all the questions that are very complicated before us, but it gives a child something that they can do. It acts upon their basic instincts, which is to care for others.”

Before engaging in conversations, parents should check in with themselves and address their own emotions.

“I think the first thing that people feel is just a deep sadness and I think that’s a totally normal and natural response. But second, I think there’s a sense of helplessness, that these things are tragic and uncontrollable and the reality is that we have been fed a false narrative, “Langenecker said.

He emphasized the importance of gun safety in homes, utilizing the SafeUT app for mental health resources or to submit a tip, and further investments into mental health.

“There are often warning signs, and the bottom line is we do not have to wait. We do not have to wait for it to get to the point where things need to reach the point of violence toward self or others. If we notice that some of these change in their behavior or in their mood, the most important thing we can do is ask a caring question, “Langenecker said.

If you or someone you know is struggling with thoughts of suicide, call the suicide prevention hotline at 1-800-273-TALK.

The more of these signs a person shows, the greater the risk. Warning signs are associated with suicide but may not be what causes a suicide.

Information from the American Foundation for Suicide Prevention.

Ashley Fredde is a reporter with KSL.com covering arts, culture and entertainment news, as well as human services, minority communities and women’s issues. She graduated from the University of Arizona with a bachelor’s degree in broadcast journalism.