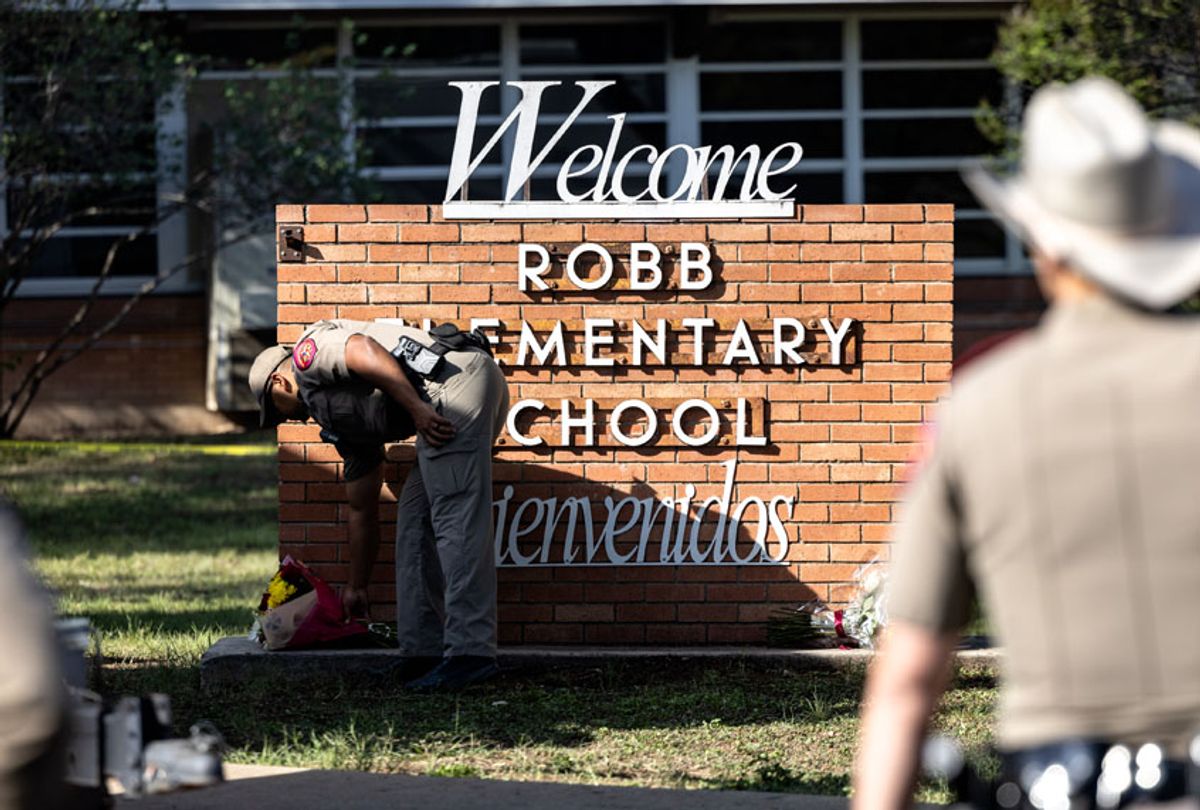 First, we should just assume it’ll happen again. Probably soon. We should accept that the pleas – like the one from Connecticut Sen. Chris Murphy’s issued Tuesday night to his colleagues in Congress, in which he urged that we take action about the escalating horror in this country of mass shootings – will fall on deaf ears. We should understand that after Columbine, after Sandy Hook, after Parkland, that nobody is going to step in to save our children. We should understand that we are vulnerable to an angry, heavily-armed man bent on murder when we are shopping in our supermarket, or dancing with our friends in a nightclub, or praying in our church. America has made clear its choice, and that choice is not our lives; it’s our guns. We have to look at gun violence as the public health crisis it is. There is no imminent cure. And given that grim, unyielding truth, our measures must at best be palliative.

What if we talked about guns the way we talk abut disease and infection? The American Cancer Society’s estimates that about 43,250 women will die in the US this year from breast cancer. We have an entire month of the year devoted to awareness of the it. Aspiring oncologists go to school specifically to treat it. Roughly 40,000 people a year die of pneumonia. The American Lung Association offers advice and tips on how to talk to your doctor about it.

Now consider that in 2020, a similar number of Americans – 45,222 people – died from gun-related injuries. That figure is, as the John Hopkins Bloomberg School of Public Health observes, “the highest number ever recorded by the CDC since it began tracking firearm deaths in 1968.” Last year, the FBI reported that the incidence of active shooter incidents rose by more than 50% from the year before.

We leave the people who have to confront the reality of what a firearm does to the human body out of the conversation.

The serious risk of gun violence is of course not confined to mass shootings. Suicide is one of the leading causes of death in this country, right behind kidney disease, and more than half of suicides involve firearms. More Americans die of firearm deaths than car accidents. The American Public Health Association flat-out calls gun violence “a leading cause of premature death in the US.” Then there are all the injuries, accidents, and assaults. Using annual emergency department statistics, the Brady Campaign estimates that 321 people are shot every day in the United States. Yet we barely have any organized guiding principles for preventing and treating gun violence in our health care system. We act as if gun violence is just a criminal issue or a political one, and we leave the people who actually have to confront the reality of what a firearm does to the human body out of the conversation.

It’s shocking how ill-educated our physicians are in handling gun violence. A 2021 report in the journal Teaching and Learning in Medicine found that, of the schools who participated in a curriculum audit by the Association of American Medical Colleges, only 13-18 percent of them “documented gun and firearm content in their curriculum” during the years 2015 through 2018.

“Any other disease with similar number of deaths and injuries would be considered worthy of inclusion into medical education curricula,” the report continues.

There is remarkably little literature on treating mass casualty events, though organizations like Scrubs Addressing the Firearm Epidemic (SAFE) pick up the slack by offering workshops and events for medical students in topics like treating gun wounds.

RELATED: Republicans do not care about kids – just imaginary children

Part of the problem is that we are, as a nation, bad at health care communication, period. As Chethan Sathya and Sandeep Kapoor wrote in Scientific American last year, “Most health-care workers still do not talk to their patients about guns. In many settings, questions about firearm safety are taboo except in special cases such as those concerning people who are at risk of suicide… which hinders our ability to normalize conversations about firearm safety with our patients. ” Think about it – at your last physical, your doctor probably asked about your sexual activity and alcohol consumption. Did the subject of your access to or exposure to guns ever come up?

We go so far as to actively prevent these conversations. Indeed, a decade ago, the state of Florida passed the NRA supported Privacy of Firearm Owners act, stipulating to health care providers that “inquiries regarding firearm ownership or possession should not be made.” Though the law was overturned in 2017, you can understand why physicians might assume that talking about guns is none of their business, preferring the safe and familiar terrain of blood pressure and cholesterol levels.

There are some encouraging efforts being made by members of the health care community to address the violence crisis. The American Foundation for the Firearm Injury Reduction in Medicine (AFFIRM) was founded in 2017 to foster education and build trust in communities, including firearm owners. That same year, two students at McGovern Medical School created an elective blue book course “Physicians and Gun Violence: What You Need to Know” to outline everything from risk factors to wound treatment. And the AAFP, which calls gun violence “a public health epidemic,” offers strategies for family physicians to “play an imperative role in reducing gun violence.”

Yet these initiatives are largely regarded as optional, rather than an essential element of our firearms-burdened American medical system. We do not educate family practitioners in how to discuss guns and the risks they can pose to the body with their patients – even though they’s just fine asking about, say, smoking. We do not prepare doctors and hospitals adequately to treat the victims of gun violence, both in the short term and long term. A paper published in JAMA Surgery in 2020 reported that “The long-term outcomes after surviving a gunshot wound (GSW) remain unstudied.” Yes, unstudied. In 2020. In the United States.

We have a system that is built on sickness, and it is painfully evident it does not quite know how best to treat this particular plague. But we need to learn, for the next time. And the time after that. And the one after that. We need to accept that, as a 2020 research letter from a group of physicians at the Children’s Hospital of Philadelphia implored plainly: “All hospitals should be prepared to care for victims of mass shootings.”