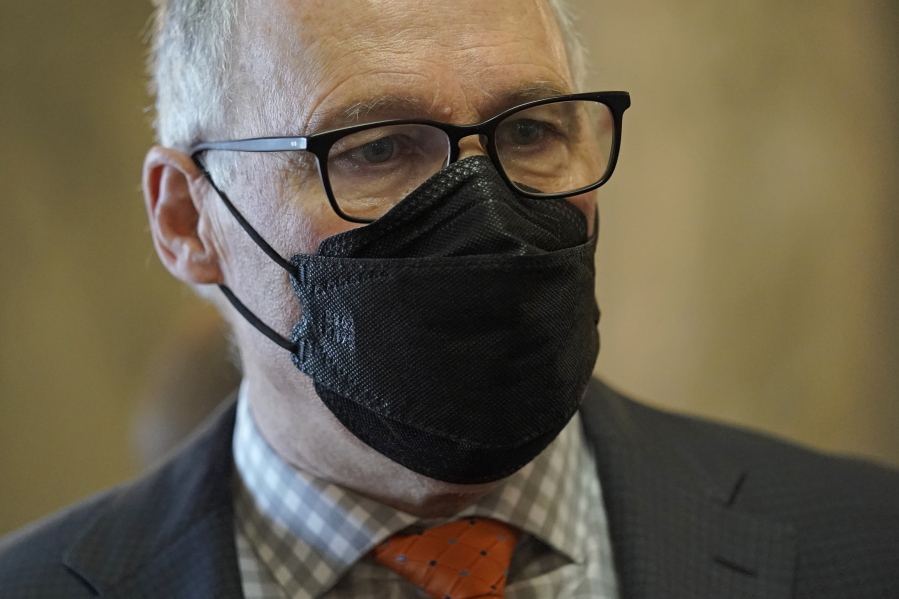 At a news conference the state’s public health leaders said they were not issuing mandates but “strongly recommending” masks be worn indoors in crowded or confined places.

“This is the time to remind ourselves that this pandemic is not over,” said Health Secretary Dr. Umair Shah.

In a statement, Inslee’s office said the Democratic governor tested positive on a rapid antigen test and is experiencing mild symptoms, including a cough. Inslee is working from home and setting up antiviral treatments.

Inslee, who aggressively pushed for mitigation measures like indoor masking and restrictions on public gatherings early in the pandemic, is fully vaccinated, including two booster shots.

“I hope others consider getting their booster because it’s very effective in preventing serious illness,” Inslee said in a statement.

The state’s COVID death rate has not seen significant changes in recent months, and has consistently been on the decline since late January, according to the Department of Health data.

Heck said he, too, was vaccinated and double-boosted.