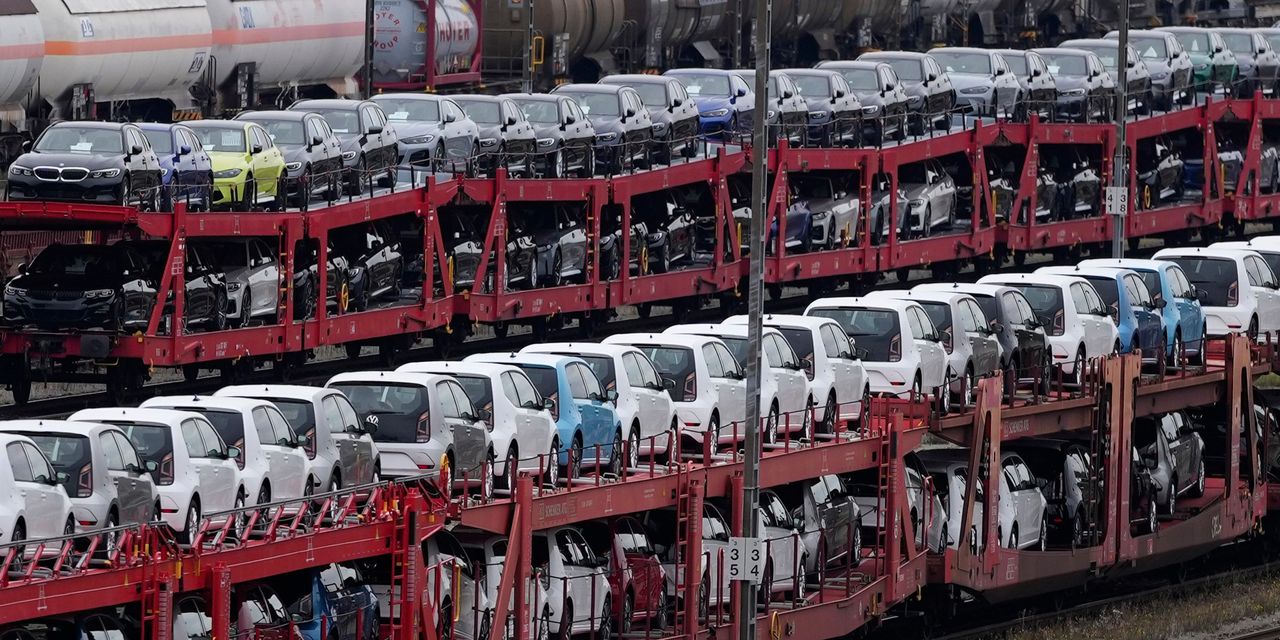 FRANKFURT — Economic growth is slowing in large parts of the globe as businesses struggle to navigate the effects of Russia’s invasion of Ukraine, pandemic-prompted lockdowns in China and high inflation.

Surveys of purchasing managers conducted over recent weeks indicate a loss of steam in major economies such as Germany, the US and the UK in April.

While service businesses are benefiting as Covid-19 restrictions have been removed and households spend some of the savings they amassed during the pandemic, manufacturing firms in many places are wrestling with higher costs and supply-chain disruptions, according to surveys by S&P Global released Friday. Around the world, businesses worry that the surge in living costs is dampening people’s willingness to spend.

The war in Ukraine suddenly boosted prices and dampened demand in many countries, disrupting a generally strong global economy rebound from the shock of the pandemic. The recovery, bolstered by aggressive fiscal and monetary stimulus, has driven down unemployment in advanced economies while adding to pressure on global supply chains strained by intermittent Covid-19 outbreaks. All that has pushed inflation to the highest levels in several decades on both sides of the Atlantic.

In Germany, Europe’s largest economy and a manufacturing powerhouse, the pace of growth in business activity slowed to a three-month low in April. S&P Global said its composite purchasing managers index for Germany slid to 54.5 from 55.1 in March. A reading above 50 indicates growth, while a level below 50 signals contraction.

The first fall in German manufacturing output since June 2020 was offset by a pickup of service-sector growth to the fastest pace since August. The autos sector was particularly hard hit, recording a steepening and marked loss of output, the surveys found.

said that its global sales declined by about 6% in the first quarter versus the same period a year earlier. BMW blamed “the geopolitical situation in Eastern Europe and the Covid lockdowns in China.”

Co. KGaA, said in an April 7 earnings statement, “There are still massive supply shortages for certain electronic components and materials and the development of the coronavirus pandemic also continues to give rise to significant risks, especially in the Chinese market.”

“It can be assumed that the rise in prices, especially for raw and other materials, energy and logistics, will be ongoing,” he added.

Germany’s Bundesbank warned Friday that an embargo on Russian energy imports would reduce the nation’s economic output by about 5% this year, triggering a recession and a further rise in inflation. European officials are currently discussing plans to phase out Russian oil imports. Germany buys more than half its natural-gas imports from Russia.

US firms reported that business activity rose in April, but at a slower pace than in March, in part because higher inflation curbed the growth in spending on services, the S&P Global survey said. The composite purchasing managers index for the US economy was 55.1, down from 57.7 in March and the lowest in three months.

“Many businesses continue to report a tailwind of pent up demand from the pandemic, but companies are also facing mounting challenges from rising inflation and the cost-of-living squeeze, as well as persistent supply chain delays and labor constraints,” said Chris Williamson , chief business economist at S&P Global.

The PMI for US services providers fell to 54.7 so far in April, from 58 in March and the lowest in three months. Manufacturers reported an upswing in April activity, with the PMI coming in at 59.7, the highest in seven months and up from 58.8 in February.

In the US, service providers raised their prices at the fastest rate on record, according to S&P Global, as firms passed on higher costs to customers. Manufacturers reported they are expanding their workforce numbers at the fastest rate since July 2021 as they try to relieve a backlog of orders.

The International Monetary Fund on Tuesday reduced its forecast for global economic growth this year by nearly a percentage point to 3.6%, down from 6.1% last year, warning that the war in Ukraine was adding to the economic strains wrought by the pandemic. The institution warned that recent lockdowns in key manufacturing and trade hubs in China would likely compound supply disruptions elsewhere.

China’s zero-tolerance approach to Covid-19 is battering consumer spending and hurting industrial production in an economy grappling with a real estate crunch and a regulatory crackdown on industries including technology and education.

“What we see in China is that consumption is falling short; it is not recovering as strongly as necessary, ”IMF Managing Director Kristalina Georgieva said Wednesday.

In the UK, the S&P Global surveys pointed to a marked cooling in the pace of economic growth in April. The composite PMI for the UK declined to 57.6 from 60.9 in March, reaching a three-month low. Businesses said rising living costs and economic uncertainty arising from the war in Ukraine had impacted client demand. Business optimism declined to the lowest since October 2020.

“Firms are taking a more cautious approach to hiring and spending as demand cools and the outlook becomes gloomier, to suggest that the slowdown in the economy has further to run,” Mr. Williamson said.

UK retail sales fell by an unexpected 1.4% in March, according to official data published Friday, while consumer confidence sank to the second-lowest on record in April.

“The UK is teetering on the brink of a recession and that’s before inflation hits 8% or higher later this year,” said Emma-Lou Montgomery, associate director at Fidelity International.

The surveys indicated an acceleration in growth overall in the 19-nation eurozone, whose composite PMI rose to 55.8 in April from 54.9 in March. Business activity among service providers rose at the fastest rate since August, led by a boom in tourism and recreation activity. The pickup could encourage the European Central Bank to move ahead with aggressive interest-rate increases aimed at containing skyrocketing inflation, economists said. ECB officials have signaled that they could start to increase rates as soon as July.

Such moves add to headwinds that are ricocheting through global financial markets and weighing on asset prices. Borrowing costs are already rising sharply around the world as investors anticipate more rate rises from the Federal Reserve and other major central banks.

One bright spot in Europe is France, where growth picked up in recent weeks to the strongest level since January 2018, as a modest uptick in factory output was accompanied by the largest surge in services activity since the start of that year, S&P Global said. France’s economy is less reliant than Germany’s on manufacturing and on Russian energy.

Despite the record drop in inflation-adjusted wages, “consumers still seem eager to spend some of their savings built up during the lockdowns now that restrictions have eased,” said Bert Colijn, an economist with ING Bank.

Write to Tom Fairless at tom.fairless@wsj.com and Gabriel T. Rubin at gabriel.rubin@wsj.com