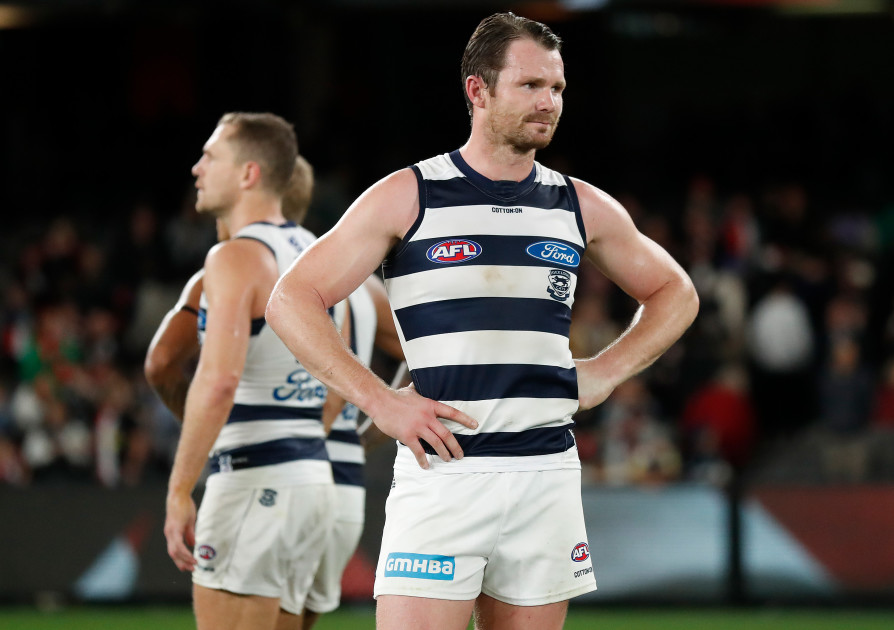 Geelong superstar Patrick Dangerfield is set for a stint on the sidelines as the Cats take a conservative approach to his fitness.

Dangerfield was subbed off in Geelong’s win over the Power with a calf complaint and has struggled to capture his best form this year, with the Cats now wanting to get a training block into the 32-year-old.

“It is likely that a couple of weeks of training now would better serve Pat and provide the conditioning base required for the remainder of the season,” head of medical and conditioning services Harry Taylor said.

“Our medical and performance team are continuing to monitor Pat’s status.”

Geelong has two games to come before their bye in Round 13.

The club also provided an update on Rhys Stanley and Quinton Narkle, who were both late outs before the Round 10 clash.

“Rhys and Quinton were given every opportunity to play against Port Adelaide but unfortunately did not tick off the relevant medical and conditioning tests prior to the game,” Taylor said.

“They will continue with their reconditioning programs and will be assessed later in the week.”

Taylor added that Sam Menegola (knee) and Jack Henry (foot) are not far away from returning, while ruck recruit Jon Ceglar will soon be reintegrated into the football program after foot surgery.