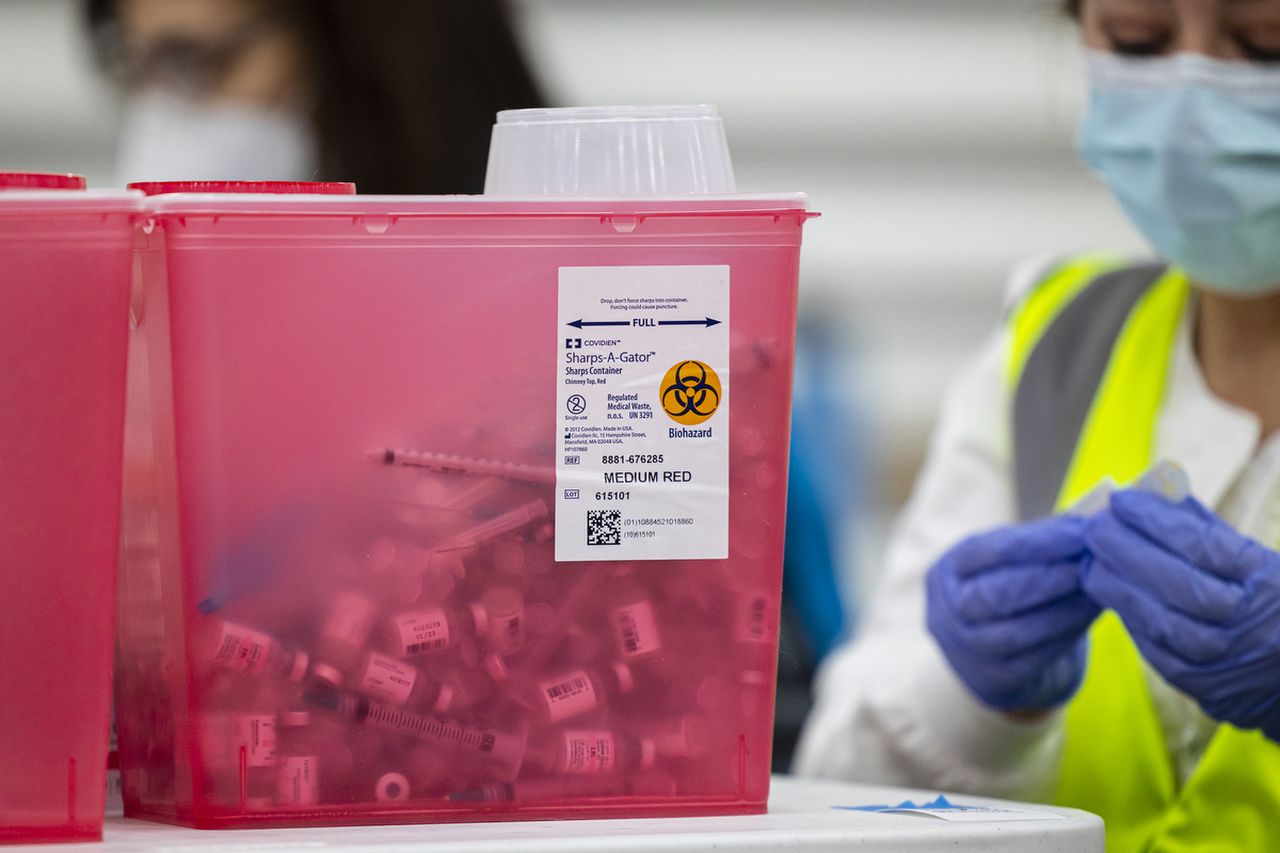 Through a pandemic program, the federal government reimbursed Michigan health care providers for nearly $ 131 million spent on COVID-19 treatment, testing and vaccination for uninsured patients, according to the U.S. Department of Health and Human Services.

They are unlikely, however, to receive any further aid.

The fund is exhausted and the agency stopped accepting claims for testing or treatment March 22. For vaccine administration, the health administration ceased issuing payments April 5, just when Michigan started to see an uptick in new, reported COVID-19 cases. Hospitalizations, though still well below peak numbers, have increased this month for the first time since January.

Most of the money, about $ 78 million, went toward testing. About $ 41 million covered treatment and nearly $ 12 million paid for vaccine administration, according to the most recent data, updated March 3.

Medicaid is continuing to cover the services free of charge to enrollees and the Michigan Department of Health and Human Services was exploring options for people with no insurance, state health department spokesperson Bob Wheaton wrote in an email earlier this month. When asked, he did not provide further information.

Hospitals will treat anyone who enters the hospital, regardless of their insurance situation. However, we are concerned that patients may not seek the care they need for COVID-19 if they fear they may not be able to afford that care, ”the Michigan Health and Hospital Association responded in a statement.

Rural providers and those in underserved communities, meaning areas with minority populations or people experiencing health disparities, will be affected to a greater degree, reported the association.

“The MHA is actively advocating to Michigan’s congressional delegation the importance of long-term reimbursement solutions to assist both patients and hospitals in underserved communities.”

President Joe Biden’s administration in March asked for additional resources, including $ 22.5 billion in emergency funding, according to the White House. Congress did not act.

Vaccines remain free and provided by the federal government, but the United States no longer is paying for labor and other costs associated with giving the shots, authorities said.

Below is a database of Michigan providers who received reimbursements.

Advanced Health Pharmacy in Portage received, as of early March, about $ 58,000 for administering COVID inoculations for uninsured people.

Owner and pharmacist Arun Tandon said the independent pharmacy gave more than 10,000 shots since the start of the pandemic. The pharmacy received a grant to go to underserved areas and vaccinate people. Employees set up vaccination camps in churches and outdoors. They went to homes when handicaps or other obstacles prevented people from getting to a clinic or pharmacy.

If uninsured people now arrive at his pharmacy, he will not discriminate, Tandon said.

“If somebody walks in and they need a vaccine, I’m OK with it,” he said.

He can not do the same with laboratory testing. The lab that processes the specimens requests the reimbursement and he is unwilling to cover the $ 165 cost, he said. He is sure they have been forced to turn away people who did not have insurance.

There are, however, other testing options the pharmacy can provide, he noted.

At most, Advantage was doing about 500 tests a day.

This has since slowed. The number of people arriving for tests and vaccines has dropped dramatically, he said.

According to state data, fewer people initiated their primary series of the vaccines last week – about 4,700 – than any week of the pandemic. About 72,000 people received booster shots.

Packard Health, a nonprofit organization and federally qualified health center with locations in Ann Arbor and Ypsilanti, submitted reimbursement claims to HRSA, but have not received any payouts, said Oryanna Diem, director of nursing and coronavirus response coordinator.

“If we do not get reimbursed, our general operating funds will have to cover that,” Diem said. “And we have not budgeted for that, which is not ideal.”

Though many seem to have moved on, there remains a public health crisis, and she too is worried people will be discouraged from seeking tests or vaccines if they believe there is a cost. People who cannot afford surprises are not going to put themselves in positions to be shocked by bills.

“The data shows that people with less are more impacted by COVID,” Diem said. “So it’s definitely a concern, but we will not stop. We’ll find ways to offer it. ”

Grand Rapids-based retailer Meijer, which partnered with the state in January 2021 to administer vaccines, received far more money – about $ 7 million – than any other vaccine provider. Kroger was no. 2. In total, the government reimbursed the Ohio-headquartered grocery retailer for about $ 784,000. (In the database, Kroger is listed more than once.)

MinuteClinic, a part of CVS Health, based in Rhode Island and the owner of thousands of CVS pharmacies, collected the most for testing – about $ 5.6 million. Orchard Laboratories, based in West Bloomfield, was reimbursed for about $ 4.8 million. ARK Laboratory in Waterford Township, now known as Helix Diagnostics, has received about $ 3.5 million.

The state’s large health systems, which together saw thousands of COVID patients during pandemic swells, received the largest sums for treating uninsured residents. Spectrum Health, also based in Grand Rapids, was reimbursed for about $ 3.4 million. Henry Ford Health, with headquarters in Detroit, was second with almost $ 3 million in reimbursements and Beaumont Health of Southfield received about $ 2.7 million.

The hospital association noted hospitals have assistance funds available for uninsured individuals and those who cannot afford their medical bills. They also help eligible patients gain coverage through the Healthy Michigan Plan and other opportunities.

“We want to stress that any individual experiencing a medical emergency should seek care immediately.”

Masks soon will be optional in University of Michigan classrooms

Modern requests authorization of COVID vaccine for kids 5 and under

After COVID-19, mRNA vaccines could treat flu, HIV and even cancer

This HIV drug could help end the epidemic, but access in Michigan is limited