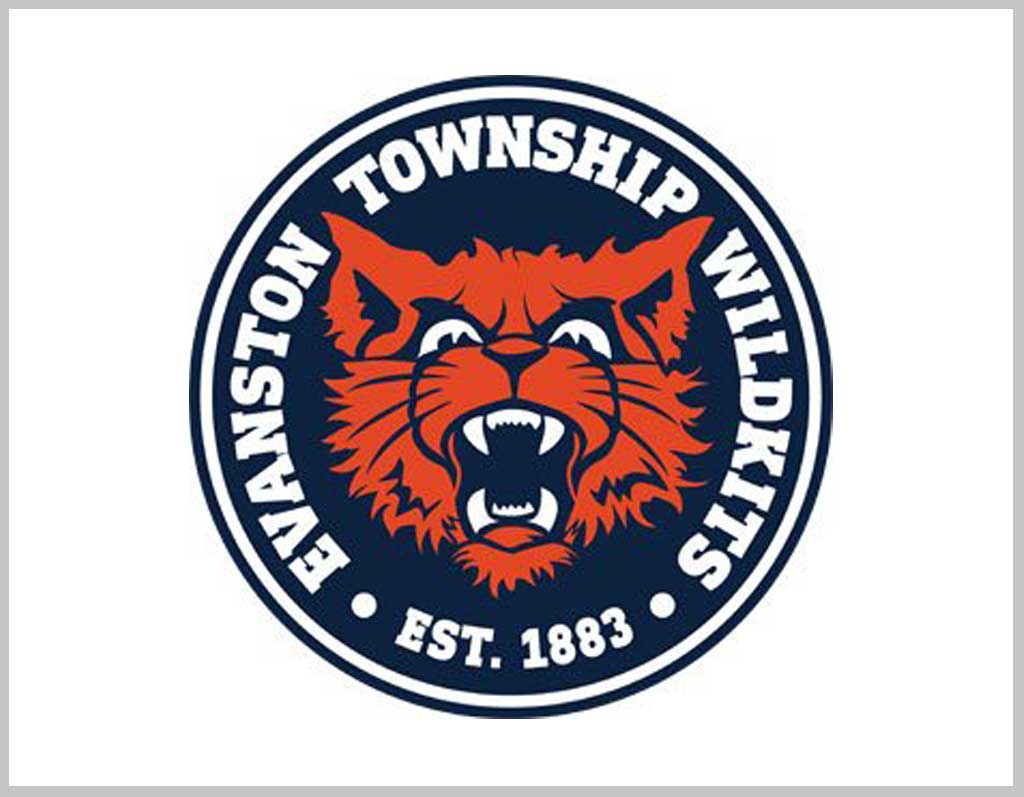 Glenbrook North was missing one of its key scorers – out with concussion protocol – for the Central Suburban League championship gymnastics meet held Thursday at the Evanston gym.

But no asterisk was necessary to go with Evanston’s first boys conference gym title since 1988.

The Wildkits relied on the 1-2 scoring punch of freshman Erik Van Leer and senior Aryeh Lesch and piled up a school record 144.15 points to dominate the 8-team field.

Evanston earned a share of the overall title with GBN when dual meet results from the regular season were factored in. But no one wearing the Orange and Blue minded having to share in the spotlight Thursday.

Van Leer and Lesch finished 1-2 in the all-around competition, with 51.20 and 49.20 points, respectively, and combined for 4 individual titles in their home gym.

Now ETHS will have to provide some new signage for veteran head coach Frank Erwin and his championship squad.

“I remember pointing to the sign on the wall early in the season and telling them we needed to put 2022 up there, next to 1988,” said Erwin, referring to the sign that lists the years the program has won titles. “We knew we were going to have a good team and we thought, would it not be something to be able to put another conference championship on that board?

“It was a lofty goal for our program, but the fact that it was even in the realm of possibility was really exciting. They knew the door was open with that GBN kid out. And it was pure exhilaration for me when we won it. We were all thrilled – overwhelmed – and they all came through for us. I just told them before the meet that I had confidence in their ability, and I think we would have given GBN a run for their money with that score even if everyone was healthy. ”

Erwin, who was voted CSL Coach of the Year by his peers, watched “clean” routines from everyone wearing a Wildkit uniform. Van Leer’s best all-around score of the season included wins on the high bar (8.20) and still rings (8.7), a second on vault (9.3) and thirds on both pommel horse and parallel bars.

Lesch, a state finalist last spring, ruled both the vault (9.5) and floor exercise (9.6) with two of the best scores in his career, and added fourth place finishes on the horse and high bar.

Sophomore Xavier Probst contributed top 5 finishes on floor (3rd at 9.1) and vault (5th at 8.6), and another sophomore, Mo Frischer, placed 10th all around for the Wildkits.

Van Leer provided a major boost in his first year against varsity competition. The freshman standout did not decide he’d compete during the high school season until just before practice started and could have chosen to go the club route instead.

“He started out with us in our age group program, but we did not have a boys team then and he went to the Viking program instead,” Erwin explained. “He was not sure about high school gymnastics, and we were thrilled when he decided to come out. And even with the score he had Thursday, he had to water down his floor routine because he had a bad back. It’s just tremendous to have someone who will give you solid scores like he does. I can not say enough good things about Erik. ”

Lesch, a state finalist in both gymnastics and diving already during his ETHS career, provided season-long consistency in a sport where that is rare.

“He hits every time,” praised Erwin. “An off meet for Aryeh is when he has just a slight wobble or two. He’s always rock solid for us.

“His floor routine is very good. He has a 2 and one-half twist that is a D move (on a scale from ABCD) and that’s rarely seen in high school. He might be the only one in the state this year with a D move. He did it perfectly in that meet.

“It was very rewarding to see them all step up and do the job like that. They performed very well, and I do not think they could have performed much better. ” The Wildkits hope they’ve saved their best for last despite basking in that championship glow Thursday. They’ll compete next Thursday at the Lyons Township Sectional meet for the right to advance to the Illinois High School Association state finals.