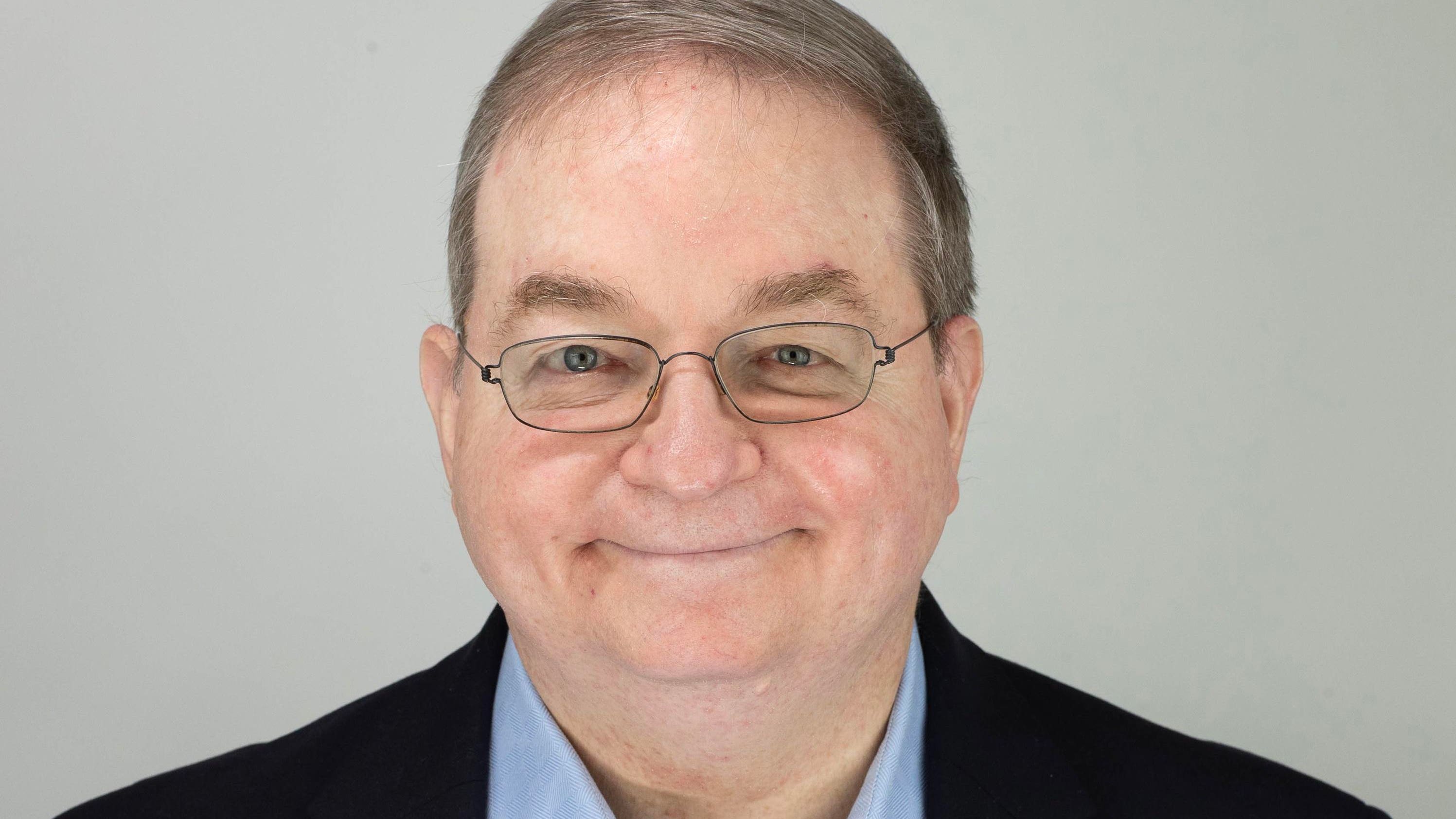 Glioblastoma, also known as glioblastoma multiforme (GBM) is a particularly insidious and deadly form of brain cancer. The typical duration of survival following diagnosis is 12–15 months, with fewer than 3–7% of people surviving longer than five years. Without treatment, survival is typically three months. A GBM diagnosis is sadly, most-often a death sentence.

Dr. Stuart Marcus has devoted most of his life to eradicating cancer after experiencing the horrors of the disease taking his beloved grandmother as a child in the ’50s when few good treatment options were available.

At 75 years of age, Dr. Marcus is still at it. He is the Founder and Chief Medical Officer of SonALAsense, a Berkley, California-based company founded in 2019 providing a drug-device combination treatment of recurrent glioblastoma multiforme (rGBM) and other deadly cancers. The innovative company developed ALA sonodynamic therapy (SDT) utilizing MRI-guided focused ultrasound (the device) in combination with aminolevulinic acid (a drug) to target and kill tumor cells.

Dr. Marcus created SonALAsense as a non-invasive way to treat and eradicate deadly cancers like GBM that typically require debilitating brain surgery that often leads to tumor recurrence. He sees the company and treatment as the culmination of a life-long journey to perhaps finally beating the cancer scourge. The company is currently treating GBM patients working with Dr. Nader Sanai at the Ivy Brain Tumor Center, Phoenix Arizona, 2910 N 3rd Ave, Phoenix, AZ 85013. (602) 406-6489.

“It really started to come about when I became aware of science during the ’50s. And the ’50s were awonderful time to grow because the structure of DNA was discovered and published in 1953. But the key into this was 1957, when Sputnik was launched by the Russians, and the United States decided that they had the science gap. So, they started throwing money at science programs and I was one of those lonely, only children who was fascinated by science, ”says Marcus.

Growing up in Brooklyn, NY, he recalls wanting a microscope instead of a bicycle. At 13, he finally got one when he used the $ 65 he received from his Bar Mitzvah to buy a second-hand microscope. From an early age, his heroes were scientists and doctors like Louis Pasteur and Walter Reed. He wanted to be just like them and at 14 was fortunate to get a job in the Haskins laboratory on 43rd Street run by a biochemist who hired high school students to encourage them to learn science.

He went on to study science at Brooklyn College. “I was very committed when I got to college and became involved in science and edited the science journal but also minored in English. I like to write scientific poetry on the site, ”says Marcus.

The discovery of DNA in 1961 made a big impression on him, as co-discoverer of the DNA double helix structure, molecular bioscientist James Watson stated, “If we understand E coli, the bacteria, we will understand life and we will be able to understand disease. ” That led him to pursue his PhD in molecular biology, but he really wanted to use his studies to treat cancer. And after his doctorate, he began working at the Sloan Kettering Institute in New York and stayed there as an assistant professor in biochemistry studying cancer retroviral structure. But he felt it was not moving him along fast enough to understand and better treat cancer, so he decided to attend medical school.

“I worked very hard because I was 10 years older than most of the medical students. And I was terribly afraid that I would not do well enough to get into a good program in oncology, ”says Marcus. He finished his medical degree and published several papers and went on to complete his residency there as well. Still, he felt it was not leading yet in the direction of being able to impact cancer treatment.

“I had all this experience and published all these things, but I felt that if I were going to impact the world, I would have to work on developing new methods of therapy,” says Marcus. So he left and went into the pharmaceutical industry and within six months, he got to “participate in an antineoplastic drug presentation to the FDA for drug treatment for Leukemia and I helped get that approved,” says Marcus. He was then put on a project that would serve as the focus for the rest of his career, light activated drugs for photodynamic therapy.

“During my oncology fellowship, I was appalled by the way, I made patients suffer with chemotherapy. I wanted to concentrate on therapies that would be kind to patients that had minimal side effects and that were highly specific toward the cancer. And that was my goal. Of course, in industry, you do not always get a chance to work on what you want to work, matter of fact, you almost never do, ”says Marcus.

But in 1988, he was asked to investigate a new kind of light activated drug therapy called photodynamic therapy and a drug called PHOTOFRIN that you injected that would concentrate in tumor and when a light source of sufficient energy and wavelength was shone on would immediately kill the cell. The photodynamic effect is a photochemical process in which the drug collects the energy from the light and then passes the energy in its activated state to oxygen in the cell. And that oxygen in the cell then becomes a reactive oxygen species that attacks and oxidizes whatever is next to it.

“The effect was immediate. There’s no other therapy in oncology that’s immediate. And you could look at this and you could see the effects on the tumor happen within 24 hours. I was immediately impressed by it. I became the world’s first commercial development expert in photodynamic therapy, ”says Marcus.

In 1993, he went to help start a company called DUSA based on the work Canadian medical oncologist MD PhD James Kennedy and physical organic chemist Roy Pottier did in creating a topical formulation of a molecule called aminolevulinic acid (ALA). The result was a cream with a high ALA concentration that when applied to basal cell carcinoma and then wiped off and used ultraviolet light, it fluoresced bright pink, allowing doctors to definitively identify skin cancer. That ALA molecule was also tested and found to be able to fluoresce and help identify bladder cancer that normally cannot be seen in white light.

By the year 2000, the ALA fluorescent technique was sort of perfected and that went on to become a drug used by neurosurgeons to identify malignant brain cancer by fluorescence (glioblastoma). But most cancer drugs can not enter the brain because of the brain blood barrier, leaving only surgery as the main treatment.

“My goal for the past 30 years was to treat glioblastoma with light because I could cure pre-cancers of the skin very effectively with one or two treatments. Why not glioblastoma? Well, there’s only one center in the world that developed a treatment for photodynamic therapy with the drug ALA for red light and that’s in a clinic in Munich, Germany. And he has effectively been able to treat patients with recurrent glioblastoma for which there is absolutely no good treatment or standards of care with giving the patient tothe drug orally and opening the skull, putting fiber optics directly into the tumor, attached to a laser and putting sufficiently light. Theanybody has to measure the light that goes in has to be measured to the amount of drug that’s there, ”says Marcus. And yet it’s still an invasive, complex process potentially prone to complications.

DUSA pharmaceutical was bought by Sun pharma in 2012 largely because of the profitability from the ALA based skin treatment, yet Marcus was still searching for a better solution for GBM treatment. “I spoke to Dilip Shanghvi the founder of Sun pharma. He was very kind and he let me move forward with investigating the possibility of doing photodynamic therapy in glioblastoma, ”says Marcus. Yet after I a year researching it, he decided that the complication rate was so potentially high, because it was entirely surgeon dependent.

“I had been carrying a paper in my briefcase since 2012 that showed a brain tumor model that could be treated with ALA and focused ultrasound sound that went through the skull, did not injure any part of the brain, did not cause any damage to the brain, but killed the tumor and increased the life expectancy of the animal. And this is where serendipity came in because in 2015, I walked into the society of neuro oncology meeting feeling depressed. And I sat down and there was a symposium on focused ultrasound in the treatment of brain tumor, which at the time was only used to essentially heat up the brain tumor, ”says Marcus.

That was the “aha” moment for Marcus because if he could do what he was doing with fiber optics, non-invasively with ultrasound he would have a completely new non-invasive and safe way to treat cancer, including glioblastoma. And while he had the data showing the efficacy of the treatment approach, he could not get anyone interested in developing focused ultrasound because it’s a big machine and it’s expensive. But an Israeli company called Insightec had developed an ultrasound helmet for human beings that could focus the ultrasound through the skull, down to a millimeter or less and make a high enough energy to make what was essentially a heated scalpel to a tiny bit of brain tissue .

Marcus left Sun and was working as a consultant but still in search of a solution to GBM. He had the technology, and he had the drug, but did not yet know the way forward. And so at one point he was talking to his wife and saying, ‘I’ve had a good life, but if I could just get this into patients, I really feel it’s going to work.’ And my wife said, ‘You’ve been working with these entrepreneurs that are in California, why do not you talk to somebody over there ?, ”says Marcus.

Marcus contacted biosciences entrepreneur Mark de Souza in July of 2018 and gave him a presentation with a business plan and in January of 2019, SonALAsense was incorporated along with an exclusive license for use of the ultrasound helmet. He was then able to bring on board many of the people he had been working with over the years to develop the treatment and technology, including de Souza who became President and CEO.

“It’s all come together, and the science is absolutely beautiful and the clinical medicine has carried through. My dream was to bring science and combine all the best pieces to create a safe way to treat cancer, instead of the horrible ways that I grew up with in medical oncology, ”concludes Marcus.