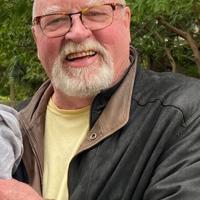 Jerry, as he insisted his patients refer to him, was a brilliant vascular surgeon. After completing medical school at Dalhousie University in Halifax, his career spanned multiple locations across Canada before moving on to Waterloo, Iowa, then finally to Neenah, Wisconsin. There he remained the Medical Director of Wound Care for ThedaCare until his death.

Alongside his successful career in medicine, Jerry’s greatest passion was auto racing. He was a licensed racing driver and owner of Team Sarsfield Racing, LLC. Jerry and his team competed in several different series over the years and were privileged enough to do so at some of

America’s premier road racing circuits. Most notable was the time spent fielding the # 29 Ford Mustang in the National Auto Sport Association (American Iron series), not only because of the successes the team shared, but most importantly because of the lifelong friendships made along the way.

Jerry also had a passion for travel, fine wine and Irish whiskey, Arturo Fuente cigars (which he smoked daily), big lavish dinners with those closest to him, and of course spending time with his family and grandkids. Jerry enjoyed life to the fullest and made a lasting connection with just about everyone he encountered. He will be sorely missed by his family, friends, and colleagues.

In lieu of flowers, gifts, or a traditional ceremony, Jerry’s wishes were for his family and friends to make a donation to a charity of their choosing – and perhaps, enjoy a great cigar.

Sign up to get the most recent local obituaries delivered to your inbox.