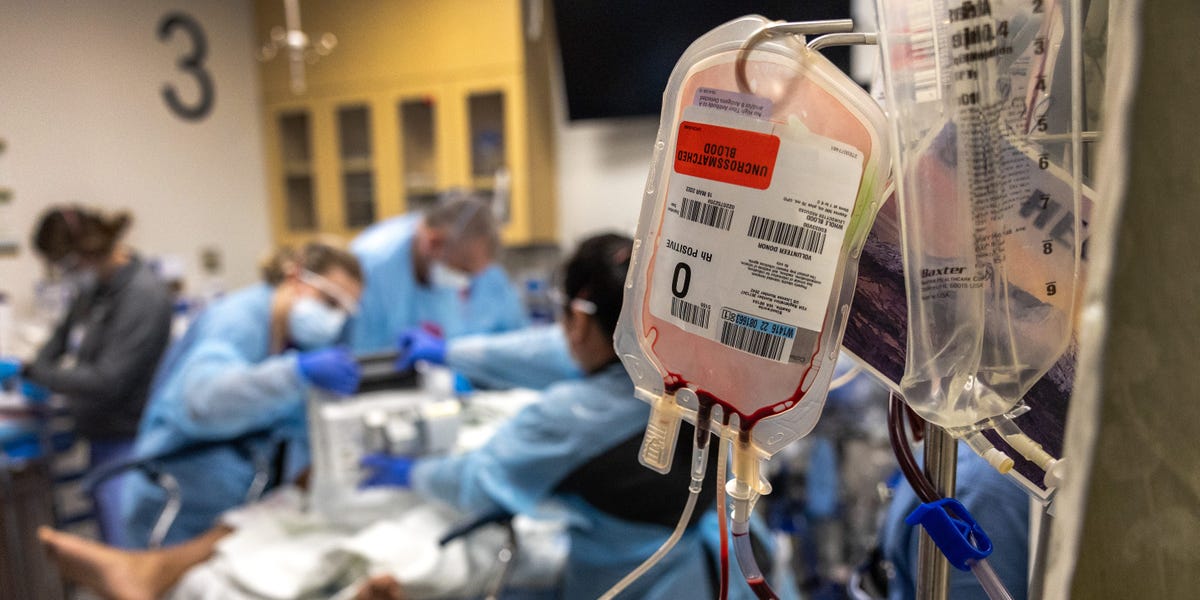 The president of the American Academy of Pediatrics has had enough. Enough of the mass shootings in schools, and enough of the federal government’s action in the face of such gun violence.

“As a pediatrician, parent, and grandmother, I grieve with all the families of the children and adults who were killed today in Uvalde, Texas, victims of a gunman who incomprehensibly opened fire in an elementary school,” Szilagyi said in the statement.

“When will we as a nation stand up for all of these children? What, finally, will it take, for our leaders in government to do something meaningful to protect them?”

The AAP was not alone in its condemnation of the attack, and called for action by lawmakers. Szilagyi’s statement was one of several released by leading US medical associations, joined by a chorus of individual physicians, medical school directors, nurses, and surgeons who quickly called on lawmakers to pass “common-sense” gun restrictions and fund gun violence prevention in the wake of the Uvalde shooting.

“As physicians, our mission is to heal and maintain health – but too often the wounds we see in America today resemble the wounds I’ve seen in war,” retired Major General Dr. Gerald Harmon, now president of the American Medical Association, said in a statement.

“A week after Buffalo, 10 years after Sandy Hook, 23 years after Columbine; the places and cities change, but the story is the same – too-easy access to firearms, inaction on wildly popular, common-sense safety measures like background checks , and countless lives lost or changed forever. “

In 2016, the AMA declared gun violence a “public health crisis” – and that was before firearm-related injuries became the No. 1 cause of death for children and adolescents.

In 2020 guns surpassed car crashes as the leading cause of death for children ages 1 to 19 in the US.

“Firearm injury is NOW THE TOP CAUSE OF DEATH for kids / teens… overtaking motor vehicle accidents,” Dr. Vinny Arora, dean of the University of Chicago Pritzker School of Medicine, wrote in a tweet. “Laws made driving safer. We must do the same for guns.”

Dr. Bindi Naik-Mathuria, a pediatric surgeon at Baylor College of Medicine in Texas tweeted a photo of what the blast effect from an assault rifle looks like:

“Surgeons cannot save children with this level of injury,” she wrote. “There is NO place for assault rifles in civilian life.”

In 2018, when the National Rifle Association suggested on Twitter that doctors should “stay in their lane” when it comes to gun control, the ACP responded: “We wish we could. Instead, we pledge to talk to our patients about gun violence whenever risk factors are present. ”

After the Uvalde shooting, once again many doctors were tweeting the hashtag #ThisIsOurLane.

In fact, doctors and public health experts have lots of clear policy ideas for how to change this status quo.

When the Biden administration recently proposed to spend an additional $ 60 million on researching gun violence, epidemiologist Katelyn Jetelina, who runs a popular public health blog on Substack, said: “it is not enough.”

According to one 2017 study, which Jetelina cited, $ 1.4 billion in research funds would be more in line with the current mortality rate from firearms. As it stands, gun safety research is woefully underfunded. Among the 30 leading causes of death in the US, the only one which gets less funding per fatal injury is falls.

“For context, the NIH gets $ 6.56 billion allocated for cancer research,” she said.

On an individual level, the American College of Physicians already recommends that physicians “advise patients on the risk of having firearms in the home.”

Studies consistently show that people with easy access to guns are more likely to die for all kinds of reasons.

The ACP says it “supports appropriate regulation of the purchase of legal firearms to reduce firearms-related injuries and deaths.”

Two simple tools the ACP has proposed to stem the tide of tragic gun deaths include making sure that all firearm sales in the US:

This is what’s already done in many other countries, like Switzerland, where people have guns, but senseless gun deaths are far less common. Indeed, 90% of all childhood gun deaths in high-income countries happen in the US, according to the American Academy of Pediatrics.

“Thoughts & prayers will not save us,” Dr. Megan Ranney, a practicing emergency physician at Brown University, who is also co-founder of the American Foundation for Firearm Injury Reduction in Medicine, said on Twitter.

“It’s long-past time for a comprehensive effort to reduce #gunviolence.”